Previously, OPPO India already started teasing the arrival of the new OPPO F17 series in India. While the company is yet to confirm the launch date of the F17 series, rumours are widespread that the OPPO F17 and F17 Pro smartphones may go official in the first week of September. Furthermore, quite a few days ahead of the launch, reliable tipster Ishan Agarwal has shared the key specifications of the upcoming OPPO F17 and F17 Pro smartphones.

According to the new leak which reveals that the OPPO F17 Pro weighs just around 164 grams and measures 160.14 x 73.7 x 7.48mm dimensions. The phone will be available in different colour editions such as Matte Black, Magic Blue, and Metallic White. For the display, the phone houses a 6.43-inch Super AMOLED display with support for Full HD+ resolution. The screen features a pill-shaped cutout for housing dual front-facing cameras. For the camera specifications, the front camera setup includes a 16-megapixel main camera and a depth sensor. The backside of the OPPO F17 Pro has a square-shaped camera module comprising of a primary 48-megapixel + 8-megapixel + 2-megapixel + 2-megapixel quad-camera system.

Under the hood, the smartphone will be powered by the MediaTek Helio P95 chipset coupled with a 4,000mAh battery that will offer users with 30W VOOC Flash Charge technology. The handset will offer users up to 8 GB of RAM and 128 GB of storage. 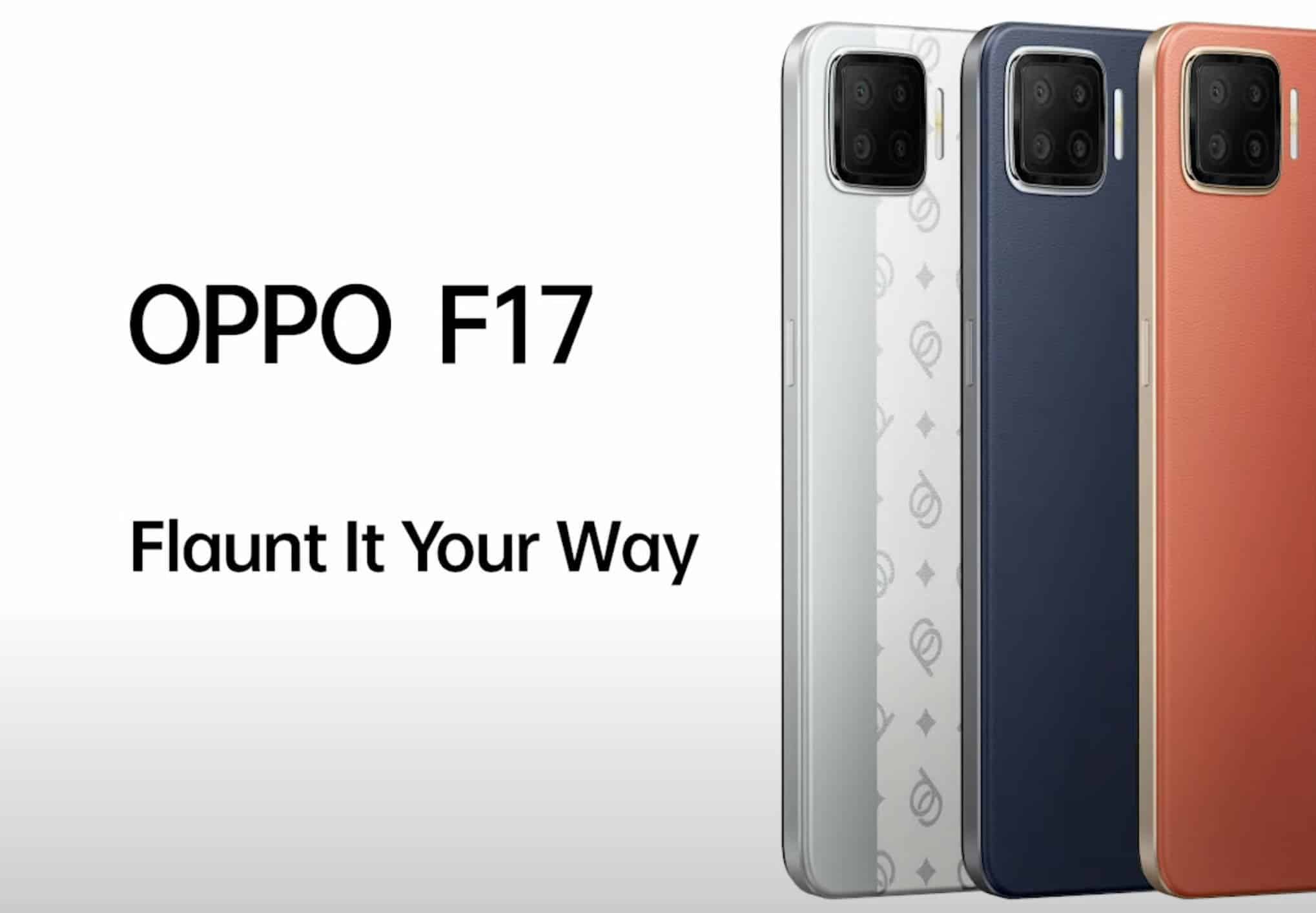 Reports suggest that, the Snapdragon 662 mobile platform is under the hood of the OPPO F17. Similarly, there is a 4,000mAh battery with 30W Flash Charge support. The phone will come with 6 GB of RAM and 128 GB of storage.

The OPPO A53 flaunts a 6.5-inch HD+ panel with 1,600 x 720 pixels in resolution;  a 20:9 aspect ratio, and a single punch-hole cutout aligned on the left; housing the selfie camera. However, interestingly, the panel here comes with an 90Hz refresh rate; compared to the regular 60Hz on other mid-range smartphones. On to the optics, the OPPO A53 has a triple rear camera setup; consisting of a 16MP primary lens and a couple of other 2MP cameras. The punch-hole makes room for a 16MP selfie shooter with f/2.0 aperture. Furthermore, the OPPO A53 packs in a physical fingerprint scanner mounted at its back.