The web browser segment for Android smartphones is way more competitive than on PCs. There are thousands of browsers in Google Play Store promising a set of features to make users adopt them over any other mainstream offering. Traditional companies like Mozilla are pretty aware of the huge competition. For that reason, they often provide updates to make their browsing offerings better than the competition. When it comes to Firefox, Mozilla’s browser, the company has just brought a new software update that brings a year’s worth of changes.

Mozilla has just unveiled a new updated Firefox Browser for Android. It brings a plethora of new features and optimizations. Most of them are coming directly from the Desktop version of the browser. The company wants to provide a seamless experience across different platforms. As a result, Firefox will feel the same on Mobile or PC platforms.

The first notable change in the browser is that the address bar has been moved to the bottom of the screen. As a result, it becomes really easy to reach to input the URLs if you’re using a big phone with one hand. In the age of tall displays, this feature is quite useful. However, if you’re a die-hard fan of traditional top address bar, you can easily put it back on the former placement. 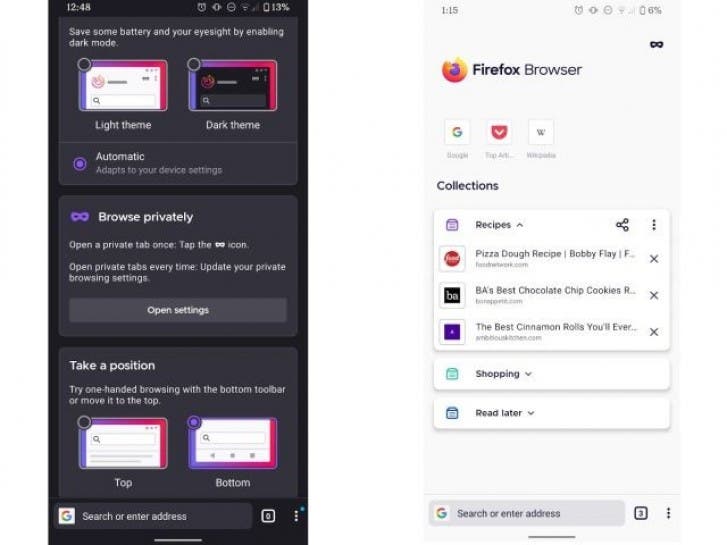 The second feature comes to reaffirm the company’s concern with privacy. The company implemented Enhanced Tracking Protection feature on its mobile browser. There are three presets available – Standard, Strict, and Custom. The default mode is standard and it can help with fingerprinters, although it does not block content trackers. Another feature has been added and comes directly from Firefox Focus – the option to open up links in a private tab.

There is a new feature called Collection and it works just like bookmarks. You will know links thrown into collections are something you’d want to pick up later or read that article when you have the time. You will not need to clutter your window with tabs.

The update also brings some love for third-party add-ons. While some were supported with the previous Firefox for the Android version, just a few of them were optimized for the mobile experience. Now, the company is starting to certify mobile-friendly add-ons. For now, the list only includes 10 add-ons, but the number will grow over time.

The picture-in-picture mode is now available on Android as well. Last but not least, the update brings some incremental improvements to the performance. Now, the page load should be 10% faster thanks to the GeckoView engine.