Gionee on Monday announced its new budget smartphone named as the Gionee K3 Pro in its home-town China. The smartphone packs in triple rear cameras, a mid-range chipset, and a 4,000mAh battery. The brand has silently unveiled the smartphone powered by the Helio P60 chipset; and has a few weird things to talk about.

The newly arrived Gionee K3 Pro packs in a 6.53-inch display with HD+ resolution and a 19:9 aspect ratio. The housed waterdrop notch screen brings out a 90 per cent screen to body ratio. According to the JD listing, the phone features a glass rear and measures 164.3 x 77.6 x 9.7mm in dimensions and it weighs 205 grams.

Not to mention, Under the hood of the Gionee K3 Pro smartphone is the MediaTek Helio P60 chipset. The handset is coupled with up to 8 GB of RAM and up to 128 GB of storage. For additional storage, the phone features a microSD card slot. Lamentably, it is loaded with the older Android 9 Pie OS which is a shame in 2020. The phone draws power from a decent-sized 4,000mAh battery that comes with support for 10W charging. 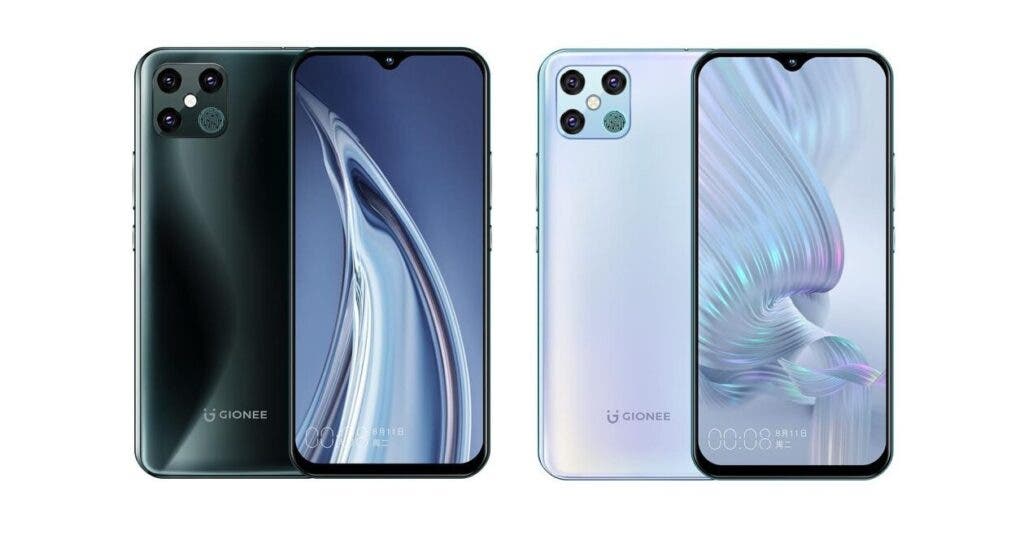 Currently, The Gionee K3 Pro has already been listed on JD.com for purchase. Additionally, The listing pronounces that the phone had gone official on Aug 18. The phone is available in two variants including a 6 GB RAM + 128 GB storage variant; and an 8 GB RAM+ 128 GB storage.  Both models are priced at 699 Yuan and 799 Yuan, respectively. For colours, Jade Green and Pearl White are the two colour variants of the Gionee K3 Pro.

As the previous poster suggested, the Gionee Max will sport a big 6.1-inch display; with a waterdrop notch sitting at the top. Unfortunately, the camera actual resolution remains a mystery. However, we believe that its resolution will be between 5MP and 8MP. The display has a good old 2.5D effect and the bezels are on par with low-end offerings. The rear part of the handset is home for a Dual-Camera setup; comprising two vertically aligned units in the top-left corner. Once again, no details about this camera setup. We believe that the main sensor should be a 13MP primary camera; while the second unit may be a 2MP depth sensor.