TSMC President, Wei Zhejia, said at TSMC’s annual Technology Symposium that the 7-nanometer shipment hit the milestone of 1 billion units. Presently, the company is now accelerating the mass production of the 5nm process. The higher version of the 5-nanometer will enter mass-production in 2021. However, TSMC’s 3nm process will be in mass production by the second half of 2022. 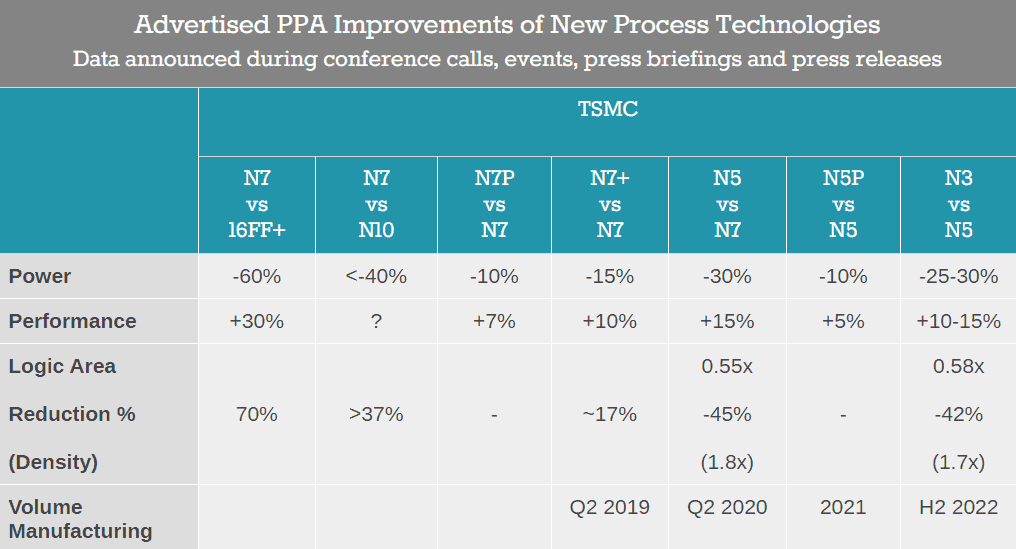 Wei Zhejia also said that TSMC will continue to be a reliable technology and capacity provider for customers. After 7nm mass production, it has set a milestone of shipping 1 billion chips. One year after 7-nanometer mass production, TSMC launched an enhanced version of the 7-nanometer process. This is the first manufacturing process to use extreme ultraviolet (EUV) technology.

TSMC’s 5nm is currently accelerating mass production at its fab 18. Wei Zhejia said that compared with 7nm, 5nm speed is increased by 15%, power consumption is reduced by 30%, and transistor density is increased by 80%. Furthermore, the company revealed that its 4nm process will be in trial production by Q4 2021.

As for the 3nm trial production, it will commence in 2021. The mass production will be in the second half of 2022. Compared to the 5nm chip, the 3nm chip will increase its speed by 15%. The power consumption will be 30% lower while the transistor density will be increased by 70%.

According to TSMC, it is building a new  R&D center for its 2nm process. This center will have about 8000 engineers to look into the development of TSMC’s 2nm process. However, the company did not announce the exact location of the R&D center. Nevertheless, there are reports that it could be in the Nanke Industrial Park. Recall that TSMC recently purchased the polarized light plant at a price of NT$ 3.65 billion ($125 million) to build a new production plant. At the time of the purchase, TSMC did not specify that this plant is for the 2nm R&D center.