Taiwanese chip maker, MediaTek, has been qute good with its latest Dimensity series. The company has over five chips in the series and these processors are doing quite well. There have been reports of a certain Dimensity 800U whose details are still unclear. However, a recent exposure of the upcoming Realme X7 shows that this smartphone will be the first to use the Dimensity 800U SoC. The Realme X7 recenty appeared on GeekBench database. 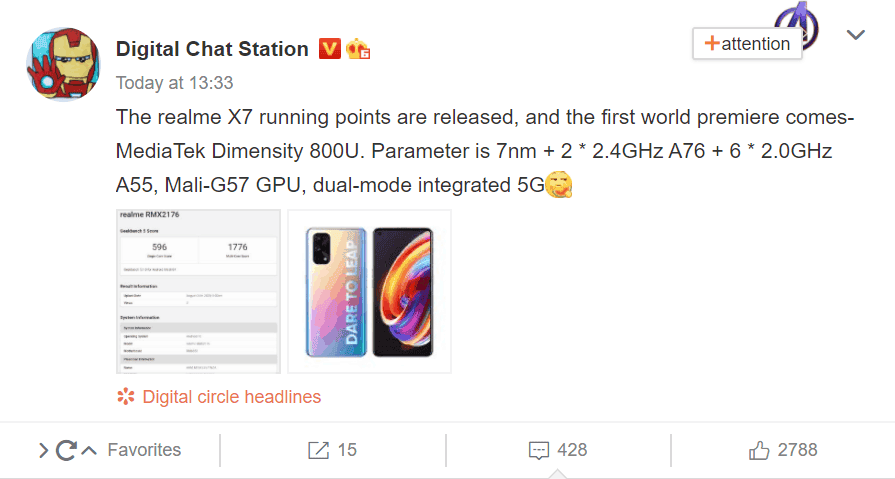 According to the listing, this smartphone comes with a MediaTek MT6853V/TNZA chip. Furthermore, popular Weibo leakster, @数码闲聊站, claims that this chip is the Dimensity 800U. His report also shows that this chip uses TSMC’s 7nm process. In addition, this chip comes with with a 2 x 2.4GHz A76 large core + 6 x 2.0GHz A55 small core architecture. The GPU is Mali-G57 GPU and of course, it supports dual-mode 5G. 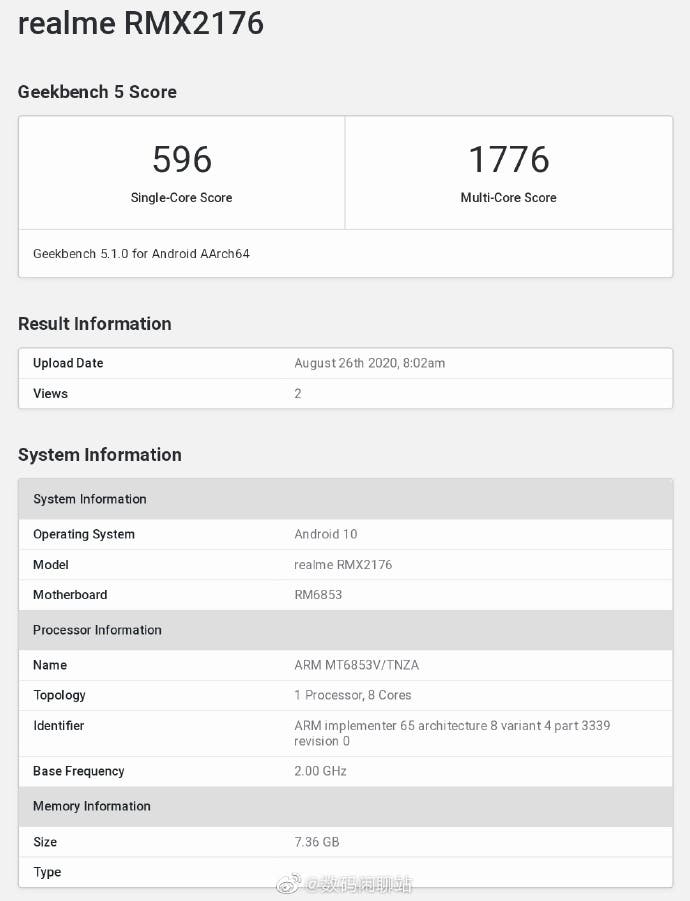 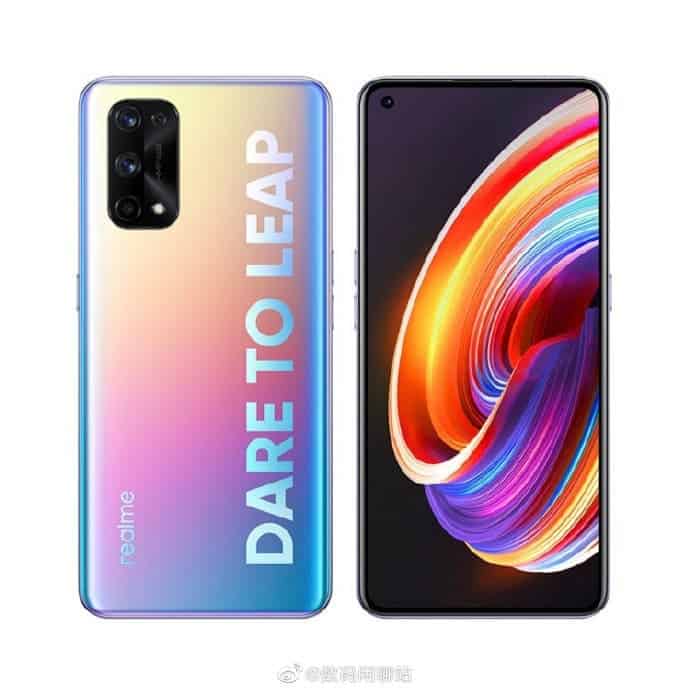 According to information on TENAA, the Realme X7 (RMX2176) weighs 175 grams and is 8.1mm thick. It adopts a 6.43-inch 1080P+ screen, has three colours including blue/white/symphony, and is equipped with 64MP+8MP+2MP+2MP quad rear cameras. On the front, there will be a 32MP front camera.

According to reports, the Realme X7 Pro will arrive with a MediaTek Dimensity 1000+ chip. This smartphone will arrive with a 120Hz flagship flexible screen with a peak brightness of 1200nits. At the same time, we can see that the screen supports 4096-level brightness adjustment, adopts COP packaging technology, and has a narrower chin. The weight of this product is 175 grams. And it uses the same power supply as Realme V5.

Some reports claims that the Realme X7 series will support a 65W fast charging. At the same time, another Weibo blogger claims that the phones will use the AG process design on the back. As of now, the official information says that te Realme X7 series will be official on September 1st. However, it is currently available for appointment on Jingong Mall.