The Asus ZenFone 7 and ZenFone 7 Pro has gone on sale in the Taiwanese market this morning. We are dealing with a true flagship series that also has an interesting design. But we should also mention that these phones cost too much. Say, the ZenFone 7 starts at $750 and the ZenFone 7 Pro starts at $950 in Taiwan.

As Ishan Agarwal reports, the Asus ZenFone 7 / Pro comes with the following features:

The selling point of the Asus ZenFone 7 series is the flip camera on the back. The major smartphone makers have tried almost everything to make the display truly full. But until the under-screen camera technology is not used in smartphones, they have to use various structures to achieve this goal. In this regard, the company has resorted to this trick (flip camera) for the second year in a row. 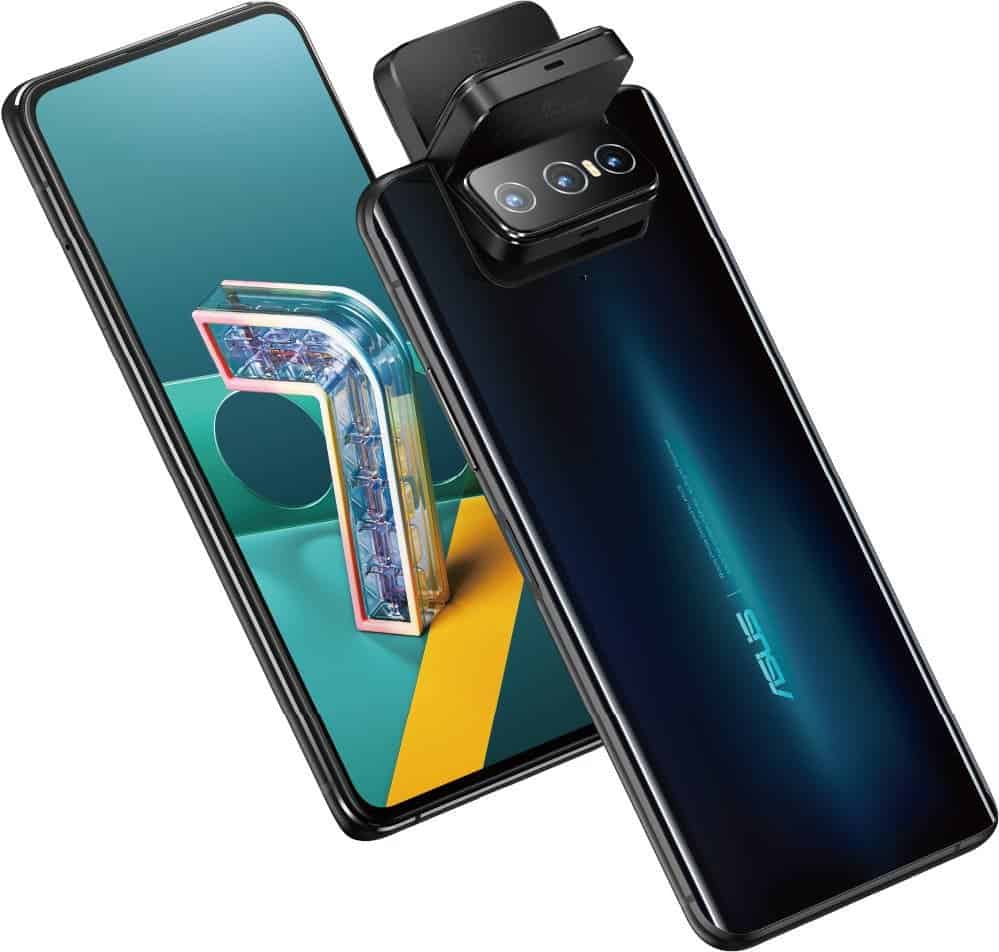 As for the camera, the Asus ZenFone 7 line models come with a triple-camera setup. Besides the main 64MP camera, it has a 12MP telephoto lens and an 8MP wide-angle sensor.  So in terms of photography, this handset will no reason to worry about it. As you understand, there is no front-facing camera. Once you need to make a video call or take a selfie, the camera will flip and turn into a front camera. Thus, you will be able to make video calls at the highest resolution. The same is true for selfies as well.

The battery capacity is 5000mAh, which is quite large if compared with other high-end models on the market. It also supports 30W fast charging. This is not the fastest solution on the market, but it still provides quite acceptable and quick charging.

Finally, the market is full of Snapdragon 865 smartphones. This is the current most powerful Snapdragon chip available on the market. But we know both MediaTek and Huawei have prepared better solutions. If the Taiwanese company has announced the Dimensity 1000 series chips with better performance long ago, the Kirin 9000 is going to hit the market in a month. Once it happens, the Snapdragon 865 won’t look so powerful. In this sense, the Asus ZenFone 7 line models will have only a couple of months to be considered as top-end models with the latest hardware.