Sony is gearing up to unveil a new smartphone dubbed Xperia 5 II. It will sit slightly below the Xperia 1 II, and actually feels like a scaled-down model. However, it will stand as a more accessible choice user for those wanting an Xperia device. Yeah, despite the company’s struggle to be relevant in the smartphone market, it keeps pushing new smartphones. Surprisingly, the latest Xperia 1 II is a good phone with a clear focus on photography. The company wants to bring the experience delivered by professional cameras to this handset. We are sure that the Xperia 5 II will be no exception since it packs ZEISS lens

A new leak comes from the very reliable Eval Blass. He has just posted the first image of the upcoming smartphone. As aforementioned, the phone clearly resembles the Xperia 1 II, but there are some key differences between the two. Starting with the camera, it’s possible to notice the ZEISS T* logo making home at the device’s back. Unfortunately, the phone seems to be missing the 3D ToF Sensor. Perhaps Sony is cutting some corners on the camera specs to bring the price down. On the larger flagship, the 3D ToF module sits just below the ZEISS logo. Despite this, the phone should still provide a solid camera experience. 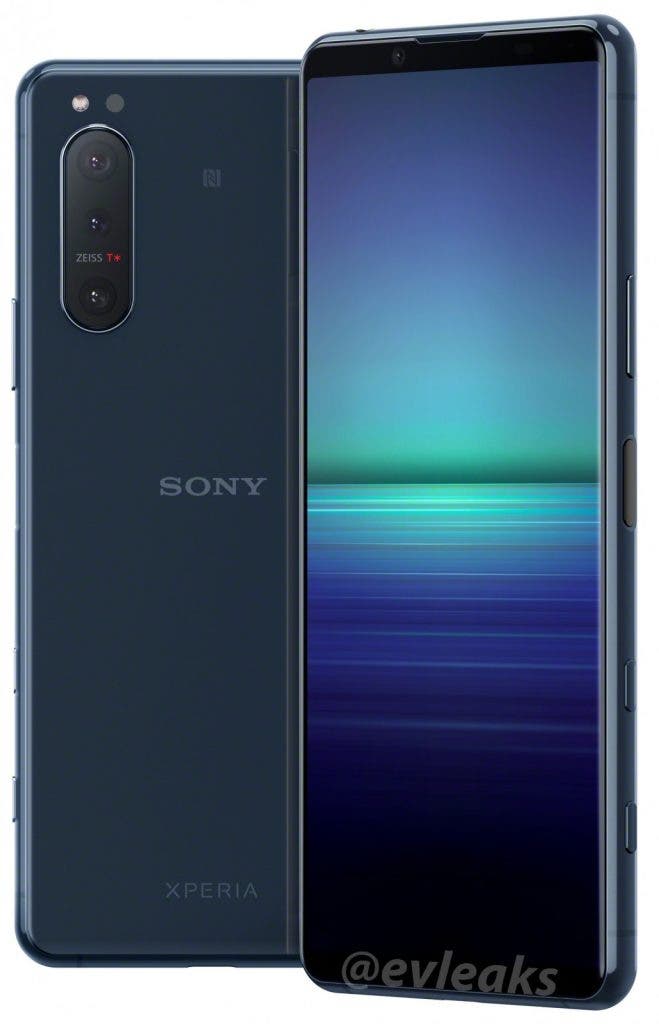 Another interesting detail is that Sony’s characteristic shutter key is present on the right of the phone. Currently, Sony stands as the only company offering a dedicated button for the camera. Honestly, it’s a very handy feature especially when you can’t access the touch shutter. However, the image also shows that there’s an extra button beside the camera shutter.

Could it be a Power Button? After all, the original Xperia 5 had an extra button. Sony equipped the phone with a dedicated button for turning on / off the device itself or the display. After all, its fingerprint reader couldn’t act as a Power button. However, this issue was fixed on the Mark II series and even on the mid-range Xperia 10 II.

Another thing that will be present on the Xperia 5 II and was not available in the original is the 3.5mm headphone jack. Unfortunately, the leakster didn’t reveal the size of the display. However, the original model came with a 6.1-inch panel. Earlier this years, rumors stated that the Sony will bring this panel slightly below to a 5.6-5.8-inch mark. It could turn the Xperia 5 II the smallest 5G handset.

We still have to wait for more information regarding the handset. Apparently this will not take much longer since the IFA 2020 stands as a good opportunity for Sony to unveil its new mid-range phone.