Android 11 is currently under beta testing and smartphone manufacturers have already started pushing out the beta updates for their devices such as OnePlus for the OnePlus 8 and the 8 Pro, Xiaomi for the Redmi K30 Pro, the POCO F2 Pro and more. Now, the Chinese smartphone manufacturer has started to roll out a beta update for the Mi Note 10 in China, but since the Mi Note 10 has been rebranded as the Mi CC9 Pro in other countries, one can sideload the beta on the smartphone as well. Here’s everything about the Mi CC9 Pro Android 11 Beta 3:

Additionally, thanks to the folks over XDADevelopers, we do have a download link for the beta update file, in case one of you wants to install the beta and check it out manually. Do note that, this is a Chinese ROM and you’ll not be bundled with any kind of Google services and nothing but Chinese applications on your smartphone. Mi CC9 Pro users can use TWRP or any other custom recovery to flash the ROM as the in-built MIUI updater is not capable of doing the same. 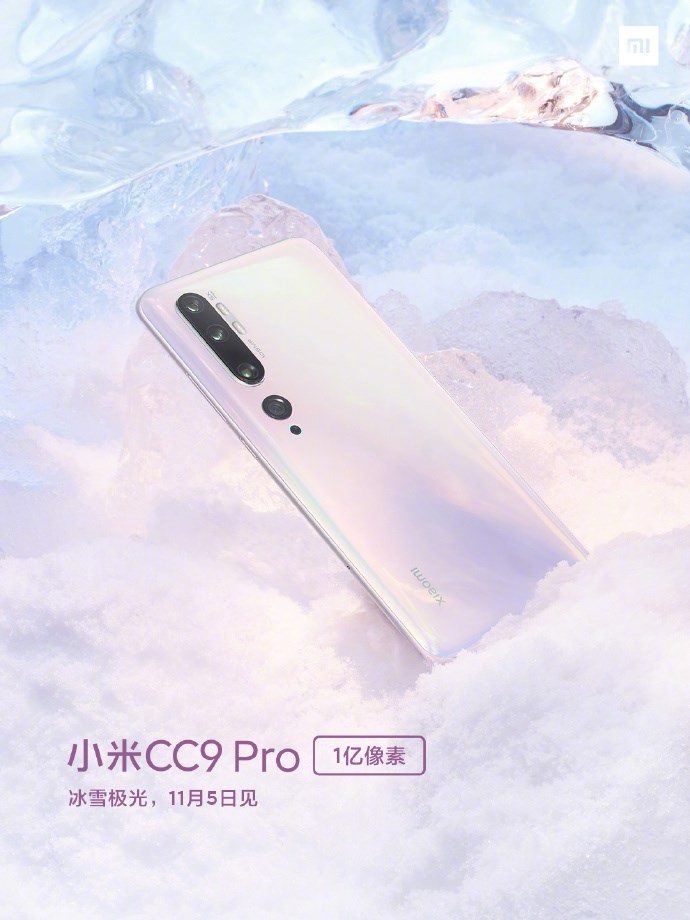 The Xiaomi CC9 Pro comes with a new slightly curved display design. When there is an incoming call or notification, the curves on the display will emit dazzling lights. This gives the phone a premium and cool appearance. It boasts of a hyperbolic waterdrop 6.47-inch AMOLED display with a 1080 x 2340 pixels full HD+ resolution and a 19.5:9 aspect ratio. It also offers 400000:1 contrast ratio, HDR and DCI-P3 wide colour gamut. The CC9 Pro comes with a Corning Gorilla Glass 5 protection on both front and back. The display has TUV Rheinland certification which means that its blue-ray effect is completely harmless. In addition, it uses an on-screen fingerprint scanner for biometric authentification.

The Xiaomi CC9 Pro comes with a Qualcomm Snapdragon 730G chip which uses the same architecture as the Snapdragon 855. It is built with the 8nm process technology and when compared with the previous generation performance, there is a significant improvement. The CPU is 35% better, GPU 25% better and the AI performance 2 times better.

The Snapdragon 730G is based on Snapdragon 730 but its GPU is optimized for gaming. This is an upgrade for gamers as it enhances GPU performance and DSP image rendering speed. It supports the Snapdragon Elite Gaming function and the GPU frequency is higher than Snapdragon 730. This smartphone comes with 6GB/8GB of RAM and 128GB/256GB of internal storage.

The Mi CC9 Pro is now leading the DxOMark benchmarks. It is joint first with Huawei Mate 30 Pro with 121 Points. The Xiaomi CC9 Pro DxOMark score is an average of 130 points in photography tests and 102 points in videography tests.

This device comes with MIUI 11 but sadly, it is still based on Android 9 Pie. Other features include dual 4G VoLTE, Wi-Fi 802.11ac, Bluetooth 5.0, GPS, multi-functional GPS, IR blaster, USB-C and 3.5mm headphone jack. Furthermore, this smartphone comes with a huge 1CC large loudspeaker that can produce up to twofold audio output relative to the previous generation.