The Samsung Galaxy M51 India is expected to launch soon in India, after the phone being listed on Samsung India’s website support page. Interestingly, This week, according to a report by IANS News agency, the Galaxy M51 will be launching in India in the 2nd week of September. Today, the Galaxy M51 has been spotted on the Google Play Console confirming the key specifications of the smartphone. Additionally, the landing page for the device has already been made live on Amazon India. 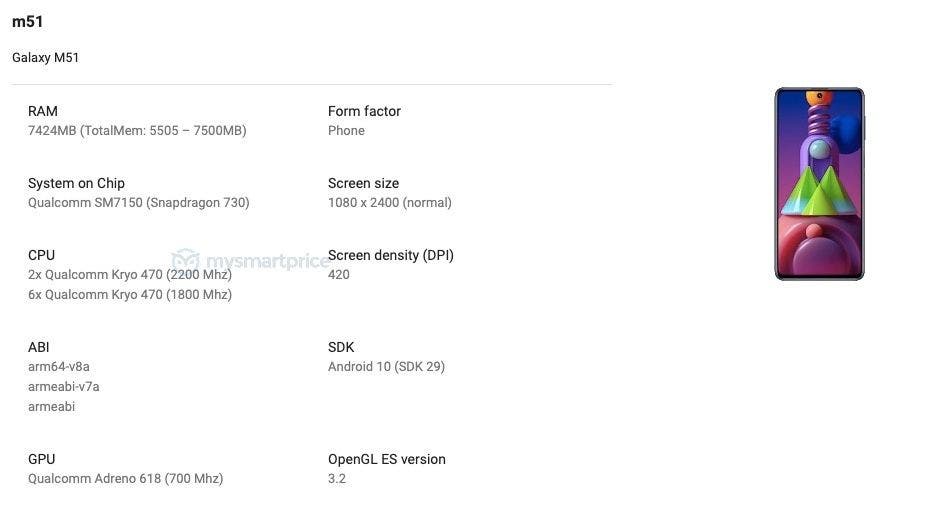 According to the leaked specification, the new smartphone will flaunt a 6.67-inch AMOLED display with a standard 60Hz refresh rate and 2,340 x 1080 pixels of resolution. It comes with a centre-aligned punch hole that comprises a 32MP selfie snapper. 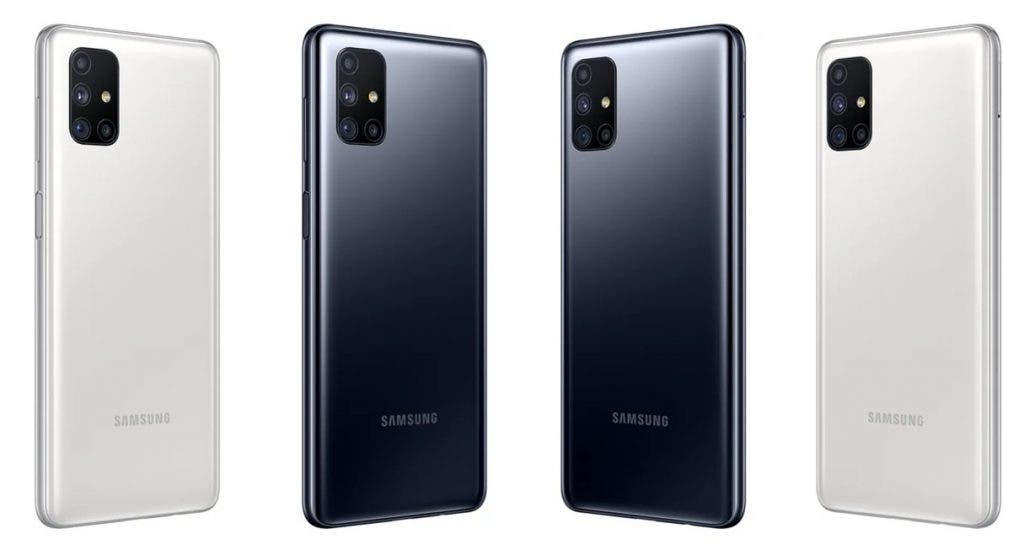 Furthermore, the back part of the phone will be home to four cameras – A 64MP primary sensor leads the show with an f/1.8 aperture, a 12MP f/2.2 ultra-wide-angle camera, a 5MP f/2.4 depth sensor, and a 5MP f/2.4 macro camera. He further confirms the presence of a massive 7,000mAh battery with support for 25W fast-charging. Despite the size of the battery, the phone weighs just 213 grams and it is just 8.5 millimetres thick. So, we can conclude that Samsung has done a stellar job with this phone’s build. In case you’re still wondering, this device has Android 10 straight out of the box. 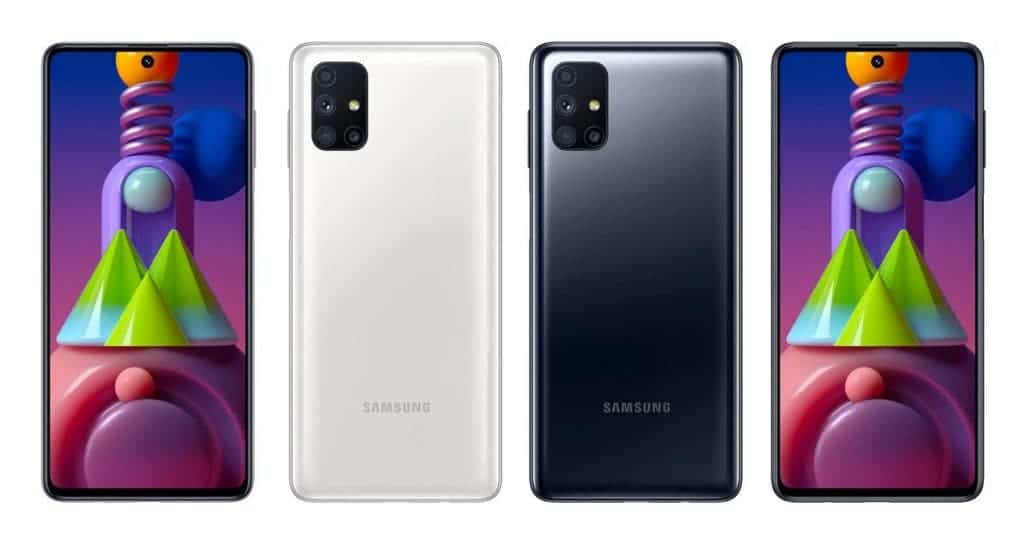 According to the leaker, the phone packs a Snapdragon 730. However, there are some rumours suggesting an Exynos chipset. In the best-case scenario, we’ll be getting Qualcomm’s counterpart. Worth noting that since this isn’t a 5G smartphone, the Snapdragon 720G or 730G are the best possible choices. The chipset will play an important role to make this handset relevant. After all, why do we need a 7,000mAh battery if the smartphone is weak?

The device is expected for the next month during Samsung’s Life Unstoppable event. With a 7,000mAh battery and fast-charging, we can say that this phone really would be able to provide an “unstoppable” experience. So, the event is the best possible choice for releasing it. The phone will hit Europe and India.
Source/VIA :
MySmartPrice