While the Android tablet market has been stagnant over the last couple of years, Apple’s iPad has managed to do the opposite. Samsung has been working hard to revive the Android tablet markets with its flagship Galaxy Tab S lineup. Earlier this month, the chaebol announced its Galaxy Tab S7 duo that brings powerful internals and premium design. In fact, it has one of the best displays on the tablet with a high-res 120Hz 2K panel.

Even though the Galaxy Tab S7 duo is a solid alternative to Apple’s offering, not everyone is willing to shell out a premium for a tablet experience. To cater to those users, the South Korean giant is working on a budget tablet dubbed Galaxy Tab A7 10.4 (2020). Well, we now have some crucial information on the tablet which could launch in mid-September. 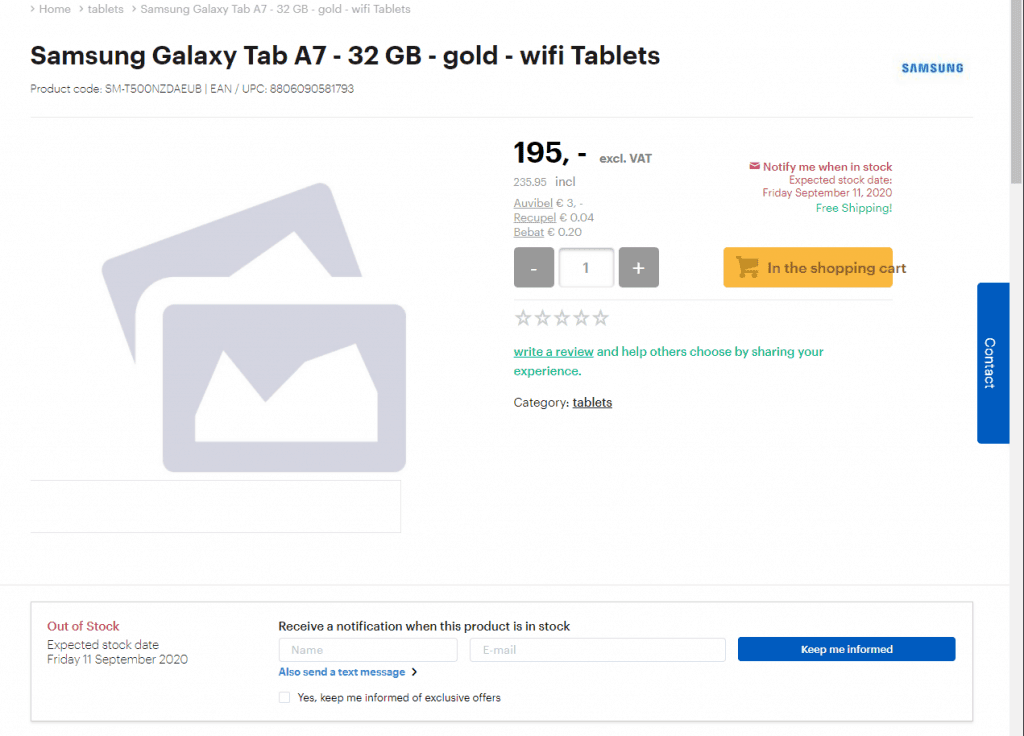 According to a Dutch retailer Centralpoint, the Galaxy Tab A7 10.4 will arrive in two variants – WiFi-only and LTE. It will further be distributed into two storage options namely 32GB and 64GB onboard storage. The listing on the Dutch retailer has revealed the price along with the release date of the budget tablet. The 32GB WiFi-only will arrive with a price tag of 235 Euro while the LTE version of the same storage will be priced at 293 Euro. It is worth noting that these pricings are inclusive of VAT.

The 64GB WiFi-only will set you back around 266 Euro while the LTE version will be priced at 323 Euro. Coming to the availability, the tablet should arrive in stock on September 11. It is worth noting that this release date is unofficial. If this is really the timeline, we should be hearing from Samsung itself soon.