Back in the last month, OnePlus gave an important step to leave the “startup” concept for once and all. The company released a mid-range smartphone called OnePlus Nord which effectively makes the company be more than just a firm releasing yearly flagship. In fact, reports and several leaks confirm that the company will bring more mid-range and entry-level phones this year, thus effectively making OnePlus a mainstream company.

The first OnePlus Nord is what we should call a premium mid-range smartphone featuring an OLED display and powerful camera setup with Optical Image Stabilization. Under the hood, the phone came with the Snapdragon 765G which ensures its 5G powers. Despite the appeal, the phone is rather limited in availability. So far, only customers in India and Europe can purchase an OnePlus Nord. The company did explicitly say that the phone will not be sold in the United States, but it said nothing about a launch in China. However, it seems that Chinese customers will not be able to purchase this phone as well. 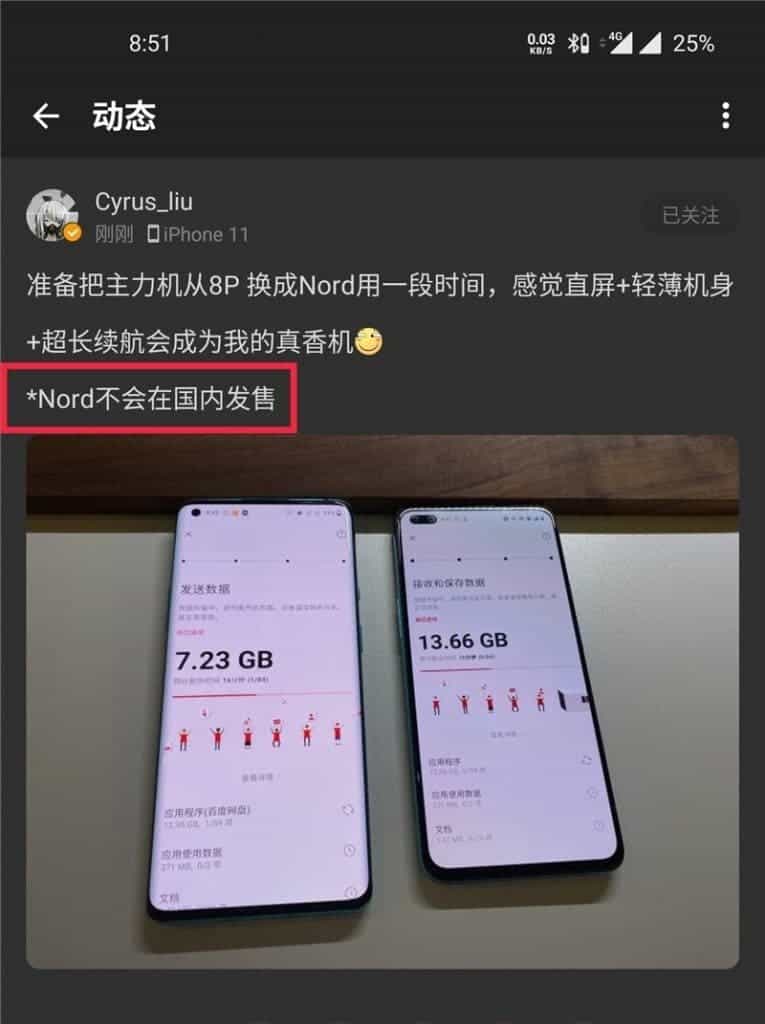 Yesterday, reports emerged saying that the phone may be launching in China soon. However, an OnePlus official says otherwise. The news comes straight from ITHome who reported that a system development engineer at OnePlus has revealed that the OnePlus Nord will not be sold in China. Those certainly are bad news for customers in the country, however, there are still several offers in the budget segment with 5G connectivity.

Rumors state that the United States will only get the OnePlus Nord with Snapdragon 690 5G. Perhaps, the Chinese market will also get this variant.

Next OnePlus is recruiting official accessory testers for upcoming products