This year, Xiaomi’s brand POCO has successfully launched a number of mobile phones. It has the likes of POCO F2 Pro, POCO X2, POCO M2 Pro, etc. Now, there is official information regarding the charging capacity of the POCO X3. According to POCO’s Product Marketing Manager and Global Spokesperson, Angus Kai Ho Ng, the POCO X3 gets a full charge in 65 minutes. The POCO X3 comes with a huge 5160 mAh batter thus its interesting to get a full charge in about an hour. 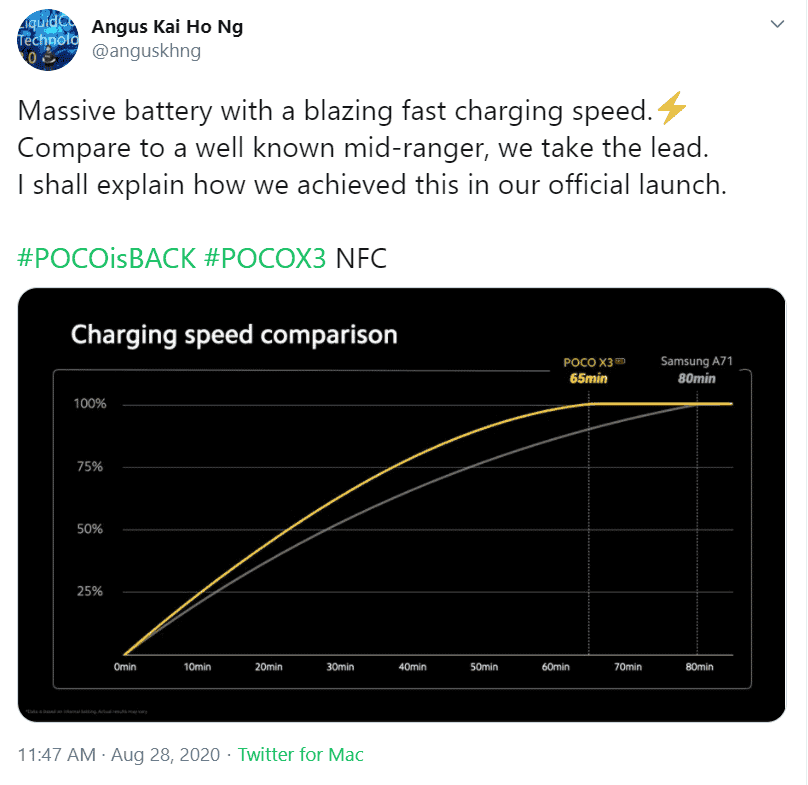 The Xiaomi POCO X3 also supports a 33W ultra-fast flash charging speed. Angus Kai Ho Ng said “…Compare to a well-known mid-ranger, we take the lead. I shall explain how we achieved this in our official launch.”.  The image on the Twitter post shows that the POCO X3 got a 100% charge in 65 minutes. As for the Samsung Galaxy A71, it gets a full charge in 80 minutes. 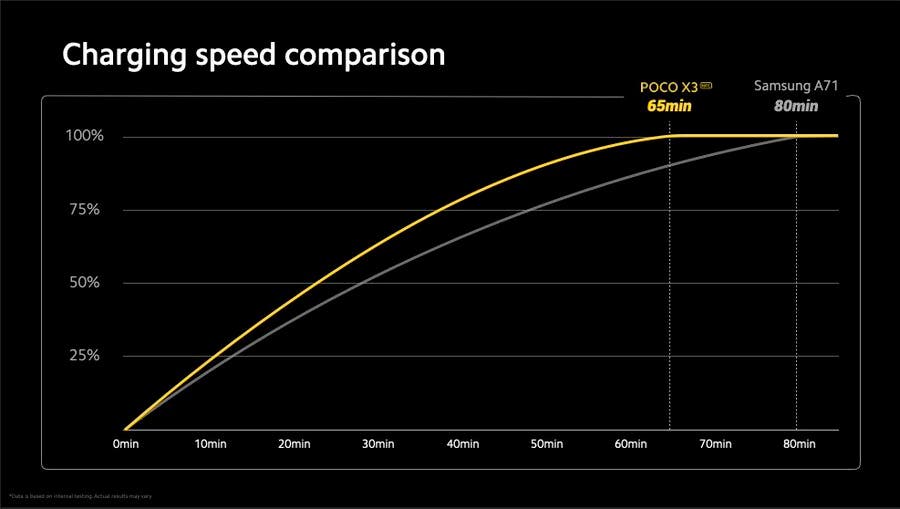 A new POCO smartphone with model number M2007J20CG recently appeared on FCC. According to speculations, this smartphone is probably the Poco X3. On the FCC image, the rear of this device clearly shows the “POCO” branding. Interestingly, the rear image reveals that this device will come with a “64MP AI super camera”. This is the same camera sensor that the Poco X2 uses. 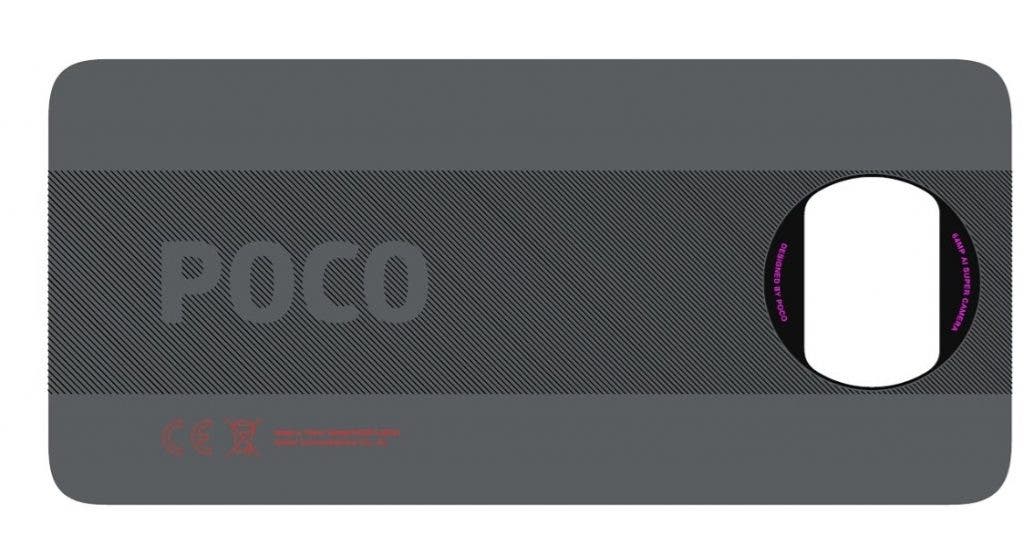 The appearance of this smartphone on FCC suggests that the launch of this device is probably closer than we know. The certification page shows that Xiaomi POCO X3 supports NFC. A closer look at the FC certification also reveals that this device comes with a 5160mAh large-capacity battery. This large battery also supports 33W flash charging (11 Volts at 3 Amps). Looking at the battery size and charging capacity, the Poco X3 is probably a mid-to-high-end smartphone. For comparison, the Poco X2 has a 4,500mAh battery with 27W charging. 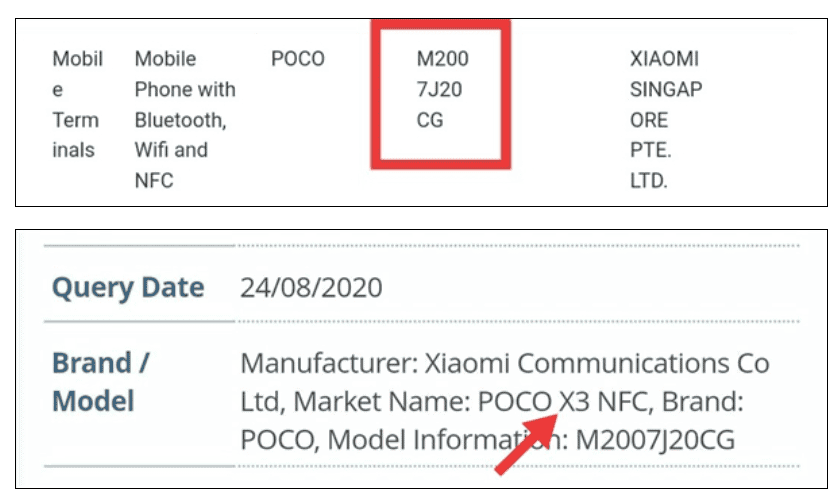 Furthermore, the FC certification also reveals the general design/shape of this smartphone. As shown in the picture, the Oreo lens reveals that it is not much different from the Xiaomi POCO X2 in shape. The Xiaomi POCO X2 corresponds to the Chinese version of Redmi K30 4G.

As of now, there is no information on the display design. However, we expect this smartphone to use one of three designs – punch-hole, waterdrop screen, or pop-up display. Furthermore, there are indications on the FFC document which suggests that the Poco X3 will be a 4G phone. Other features that we can deduce from the document include dual SIM, Wi-Fi 5 (ac), and Bluetooth 5.1.

According to a recent rumor, a new Poco phone will come with a Snapdragon 765 chipset will be unveiled by the end of the month. This rumor also claims that this smartphone will arrive with a 120Hz AMOLED display. Xiaomi employees also suggested on Twitter that Xiaomi’s new machine will use a 120Hz AMOLED full screen. The industry speculates that the new smartphone might be the POCO X3. If the news is true, then this will be the first 120Hz OLED screen phone under Xiaomi POCO.