Realme can be considered one of the recent phenomenons in the smartphone brand. The brand that started as an Oppo sub-brand now ventures alone through the International worlds having amassed just over 45Million users worldwide. Now, the company is about to give another important step in the International market and will use IFA Berlin as a good stage for a set of revelations.

The Chinese firm confirmed it will attend the IFA conference for the first time in its story. Today, the company laid out its plans for the event that is scheduled for September 4. Unfortunately, if you’ve been waiting for the global debut of some unreleased Realme phones, this is nothing the real intent of Realme at IFA 2020.

Realme will, in fact, “introduce its latest brand and product strategy.” Everything will be globally available through a live stream on YouTube. The event is scheduled to begin at 12:25 PM local. For now, the company will reveal only AIoT and 5G related news. 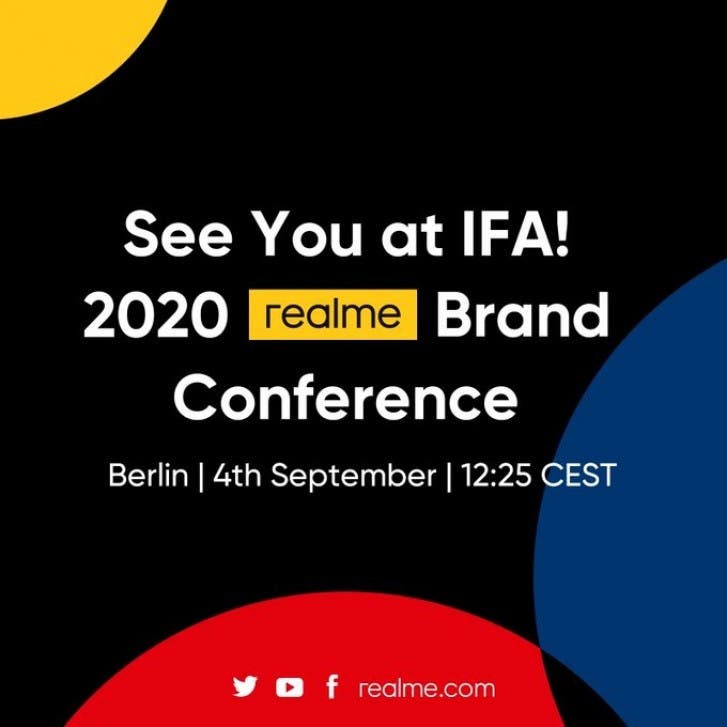 Of course, one of the names behind Realme recent success is Madhav Sheth. The company’s CEO quickly achieved certain popularity after promoting huge community engagement with its #AskMadhav videos. IFA Berlin will mark an important step in the executive’s career since it will be the first time that he will appear as the newly appointed CEO of Realme Europe. He will reveal the company’s roadmap for the last months of 2020 on the Old Continent. The company wants to keep a strong focus on its globalization strategy while further establishes a good localization strategy markets. In other words, this means that Realme may look for partnerships with network carriers to offer deals. A carrier bundled deal is the preferred way of choice for European customers.

Unfortunately, the Global event will lack any kind of smartphone. Of course, we’ll see a mention for smartphones here and there. After all, the smartphone division still stands as Realme’s Core. But we won’t have the global debut of any handset during the event. However, a Realme spokesperson stated that the Realme 7 series will reach Europe shortly after the event. So, we’ll probably see these devices landing in European countries by the end of September or earlier in October.

The company will reveal a bunch of new 5G smartphones tomorrow in China. We are curious to see if any of these devices will leave China to Europe in the coming months.

Previous From 5W to 120W And From 7.5W to 50W: Development of Xiaomi Charging in Ten Years