Earlier today, reports came stating that the Realme is planning a simultaneous release for the Realme X7 series and the Realme V3 5G. Now, a new report further corroborates this claim. Both the Realme X7 and Realme V3 passed through China’s 3C which reveals their charging capabilities.

The first listing is for the Realme X3 which carries the RMX2176. The new handsets will go official along with a Pro variant and Special Edition in China. Among its capabilities, we have a blazing fast 65W SuperDART charging a 1,200 nits bright display with a 120Hz refresh rate.

The second device is the Realme V3 5G with a RMX2200 model number. The V3 will stand as a super budget smartphone with 5G connectivity and 18W fast-charging. The latter is confirmed by the 3C listing.

According to the so-called Digital Chat Station, tomorrow, Realme will unveil three smartphones at once. All of them will work on MediaTek’s 5G chipsets; One of them could be the Realme V3 which will stand as Realme’s cheapest 5G smartphone. Interestingly enough, we were expecting the Realme X7 Special Edition to complete the trio of Realme smartphones. However, rumors have implying that this device would come with an unannounced Snapdragon 860 SoC. If Digital Chat Station’s report is accurate, then, we’ll not see this device at tomorrow’s event.

The leakster also mentioned that one of the Realme devices released tomorrow will come with a super affordable price tag of CNY 1,000 which is just around $146. This is a very interesting advancement since a device with this price tag would easily push forward the fifth-gen network.

A Realme RMX2200 / 2201 was already spotted on Chinese TENAA. For that reason, we can have a good look at the upcoming device’s specifications. Under the hood, the chipset will come with the brand new MediaTek Dimensity 720 SoC. It will be available in three distinct flavors with 4GB, 6GB, or 8GB of RAM. Storage-wise users we’ll have 64GB and up to 128GB for the high-end model. 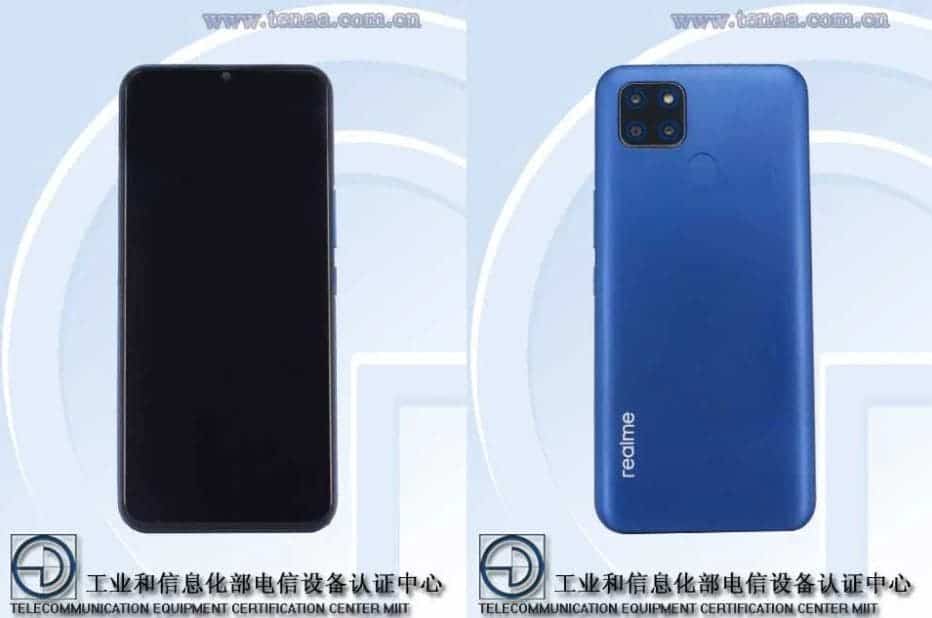 The device flaunts a 6.52-inch IPS display with HD+ resolution and a waterdrop notch. The cutout serves as a house for the 8MP selfie snapper. Moving around to the back, the Realme V3 5G has a Triple-camera setup on the rear. It comprises a main 13MP sensor and two 2MP cameras. The handset draws power from a 4,890mAh battery with 18W fast-charging. Of course, we’ll have Android 10-based Realme UI leading the show.