Realme was introduced as an Oppo sub-brand in May 2018, however, the company’s growth was unprecedented forcing the BBK group to launch Realme as a separate brand. Oppo and Realme still share resources and even the company’s software-based on Oppo’s ColorOS, however, the newer company is giving important steps every month to consolidate its presence as an independent company. Back in July this year, Realme announced some impressive numbers including the number of global users – 40 million. Five weeks and a half have passed since then, and now, the company has 45 million users worldwide. 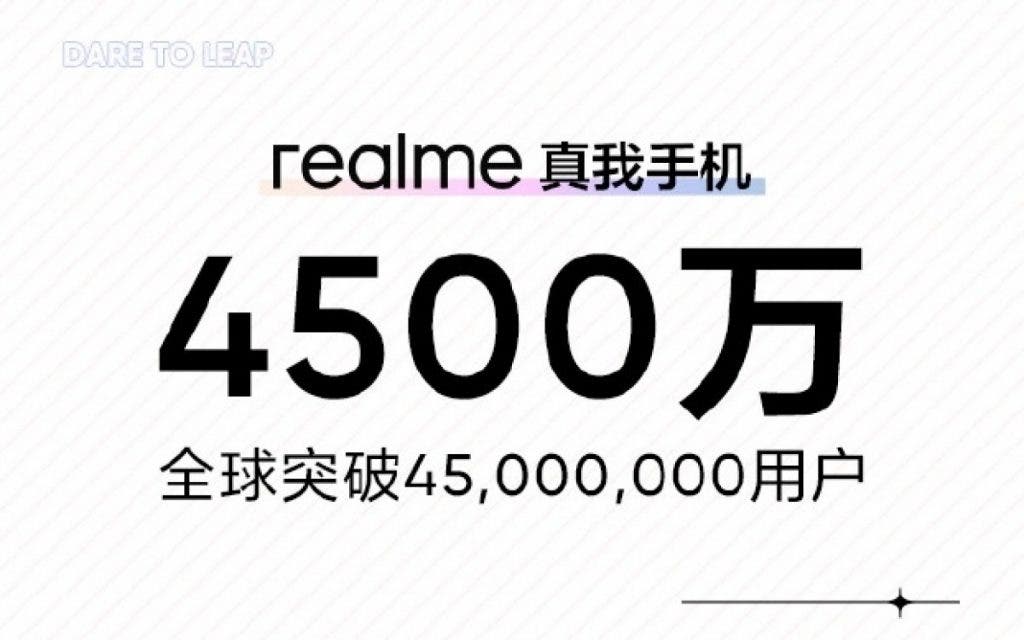 This important announcement comes just a few hours ahead of the X7 and X7 Pro reveal in China. Both handsets are quite impressive and will likely push these numbers forward. Moreover, the company should announce a budget 5G smartphone in China tomorrow dubbed Realme V3. With an impressive sub $170 price tag this smartphone will help low-budget users to enter the fifth-gen network era.

Realme revealed that its goal is reaching the 50 million smartphone sales in 2020. We believe that the company has enough resources and smartphones to achieve this goal.

A couple of days ago, the brand’s CEO shared a letter on his Weibo profile in the form of an image. It goes into detail regarding the brand’s achievements in the last two years. In this letter, the company executive mentions that Realme continued to be the fastest-growing smartphone brand in four consecutive quarters. Apart from this, the company also ranked number 7 globally in the last quarter in terms of market share.

Sky Li states that people questioned if there’s a place for a new smartphone when Realme was established. It’s funny to think about it now that Realme is one of the most solid names in the smartphone scene. However, two years ago this was a thought that would easily pass through our minds especially in a competitive market like the one for smartphones. According to Mr. Sky, his brand exceeded expectations by proving that new brands do have a place in the market.

Furthermore, the CEO states that in the next two years, Realme will be much more than just a smartphone maker. The company will focus more on AIoT and will expand its presence in more markets. Realme already stated a dozen times that it wants to be considered a “lifestyle” brand that pushes much more than just smartphones. The company gave important steps to expand its name this year with the release of a smartwatch, smart TVs, and even TWS earphones.