Lenovo backed Motorola is on a roll in the past couple of months; with stunning smartphones such as the Motorola Edge+, the Motorola Razr and more. Motorola recently announced a new smartphone tagged the Motorola One 5G; offering six cameras, a 90Hz display, the Snapdragon 765 Chipset and more. Few other key specifications of the smartphone include 5,000mAh battery,  support for 5G; 48-megapixel cameras and more. Here’s everything you need to know about the newly announced smartphone.

Starting off from the front, the Motorola One 5G packs in a 6.7-inch IPS LCD display; with a resolution of FHD+ with a  dual punch-hole cutout to house the selfie cameras. However, the display bears a 21:9 aspect ratio, alongside a 90Hz refresh rate; covered with protection from Corning Gorilla Glass 5 on top. Under the hood, the smartphone packs in the Snapdragon 765 SoC integrated with the Snapdragon X52 modem; for 5G connectivity. Interestingly, The smartphone is equipped with 4GB RAM and 128GB of storage onboard; which can be further expandable up to 1TB using a microSD card. 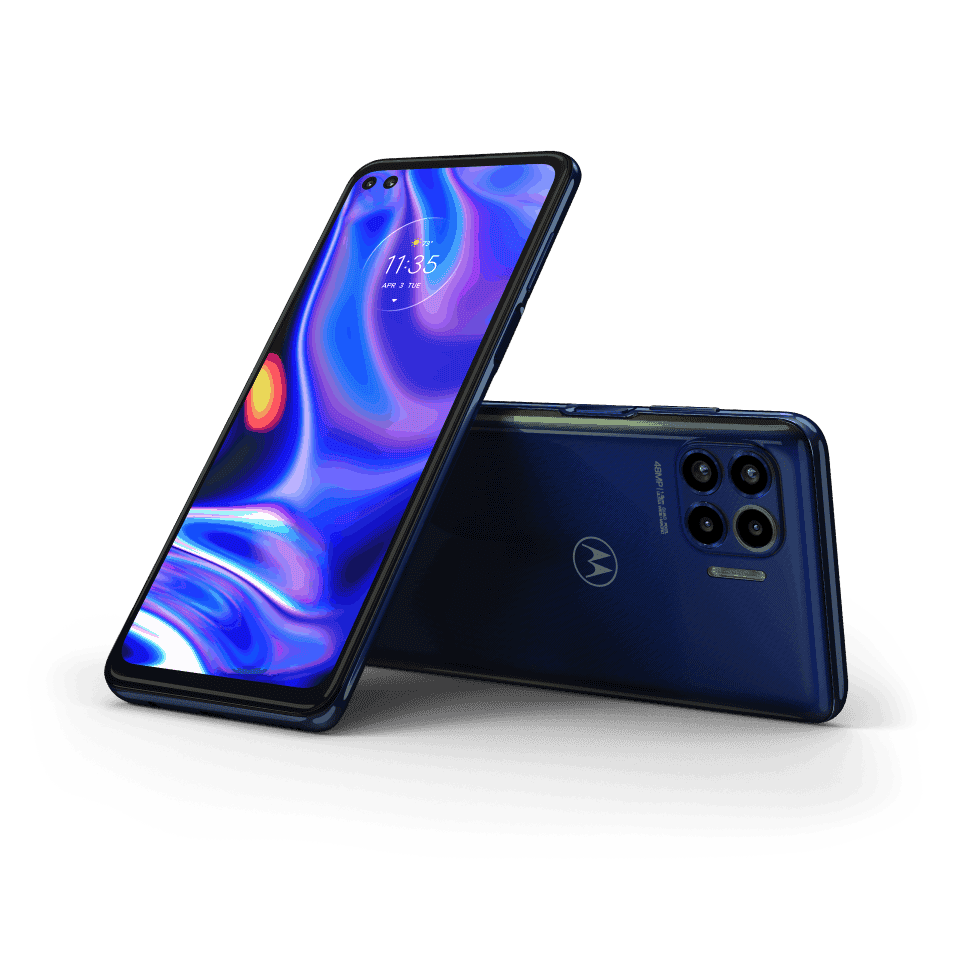 While, there is a side-mounted fingerprint sensor, the phone is said to be water repellent. The smartphone is power-driven by a big 5,000mAh battery and is backed by 20W TurboPower fast charging. On the software front, the handset runs Android 10 out of the box. Other Connectivity options include 5G SA/NSA Dual 4G VoLTE, Wi-Fi 6, Bluetooth 5.1, GPS (L1+L5), GLONASS, Galileo, NFC, USB Type-C, and 3.5mm headphone jack. Lastly, the phone measures 168mm x 74mm x 9mm and weighs 207 grams.

As of now, the Motorola One 5G is said to be priced at under USD 500 (~Rs 36,700) in the US. The handset will be available with AT&T, while Verizon will launch a unique variant with connectivity to its 5G Ultra Wideband network in early October. Currently, The handset comes only in an Oxford Blue colour option.