Over the past few weeks, there have been numerous speculations, rumors, and confirmations regarding the Samsung Galaxy Z Fold 2. The Chinese version of this device will officially arrive on September 9. In the U.S. and U.K., this smartphone will be official on September 18th. However, technically everything regarding this smartphone is already public. In fact, there is already a couple of hands-on video reviews of this device. 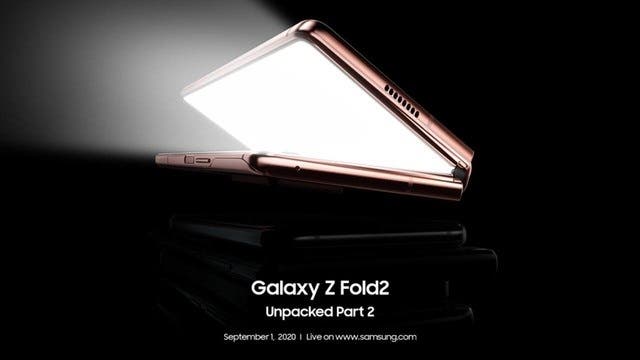 According to reports from last month, the Samsung Galaxy S20 fan edition will come with a 120Hz refresh rate display. This smartphone will also use a Sony IMX555 12-megapixel main camera. Other sensors includes a 12-megapixel ultra-wide sensor as well as an 8-megapixel telephoto sensor. On its zoom capacity, this device boasts of a 3x optical zoom. On the front, this smartphone will use a 32-megapixel front camera. Like we said earlier, the test unit comes with 6GB of RAM. As for its internal storage, this device comes with 128 GB of body storage. To keep the lights on is a 4500 mAh battery but there is no information on its charging capacity for now. As for the price, the Galaxy S20 fan edition is expected to have a $699 price tag.

The Samsung Galaxy Z Fold 2 is expected to use a 6.2-inch Super AMOLED touch screen with an expanded area of ​​7.7 inches. This smartphone’s display will have a refresh rate of up to 120Hz. In the camera department, it will have a rear 64-megapixel main camera + 12-megapixel ultra-wide-angle + 12-megapixel telephoto camera. On the front, we will have a 10-megapixel shooter. In addition, the device will have a built-in 4356 mAh battery and support up to 25W wired fast charging and 15W wireless flash charging.