American manufacturing giant, Apple, is gearing up to unveil its first 5G iPhone series. According to recent reports, Apple will use Sony’s LiDAR camera lens in his high-end iPhone model. Specifically, it is the Apple iPhone 12 Pro / Max that will use this technology. The lidar system is manufactured by Sony and uses light pulses to accurately measure the distance of an object to the camera lens.  With some necessary data, the camera can autofocus more accurately and better distinguish between foreground and background. This helps it to create effects such as portrait mode. The depth camera will also help augment reality applications to place digital objects in real environments more realistically. 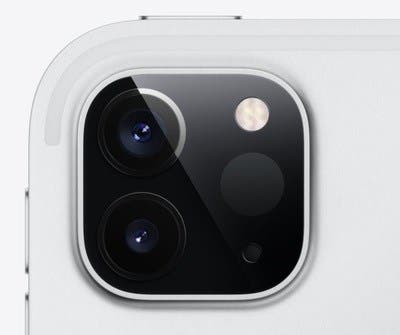 LiDAR is the abbreviation of “light detection and ranging”, and the first Apple product with this technology is the 2020 iPad Pro. Before its application in smartphones, LiDAR technology is quite common in the automotive industry.

There are also reports that the iPhone 12 series may have a 4G version. According to the report, this smartphone has a 5.4-inch and a 6.1-inch LCD model. They both support the 4G LTE network, A14 Bionic chip, built-in 4GB RAM, and a dual 12MP camera. In terms of price, while the 5.4 inches cost $549, the 6.1 inches will sell for $649. The $549 starting price seems to be a good deal considering that last year’s iPhone 11 has a $699 starting price. This means that the iPhone 12 4G is about $150 cheaper than its predecessor. We will have to wait a few more weeks for the official announcement of these devices.

Next SMIC is in the U.S. radar - may be blacklisted soon