After the pre-heating of its new system, Oppo finally opened the recruitment of the public beta testers for ColorOS. This system is on top of Android 11 so it gives testers the opportunity to have a feel of Android 11. However, it is a beta and will most likely come with multiple bugs. 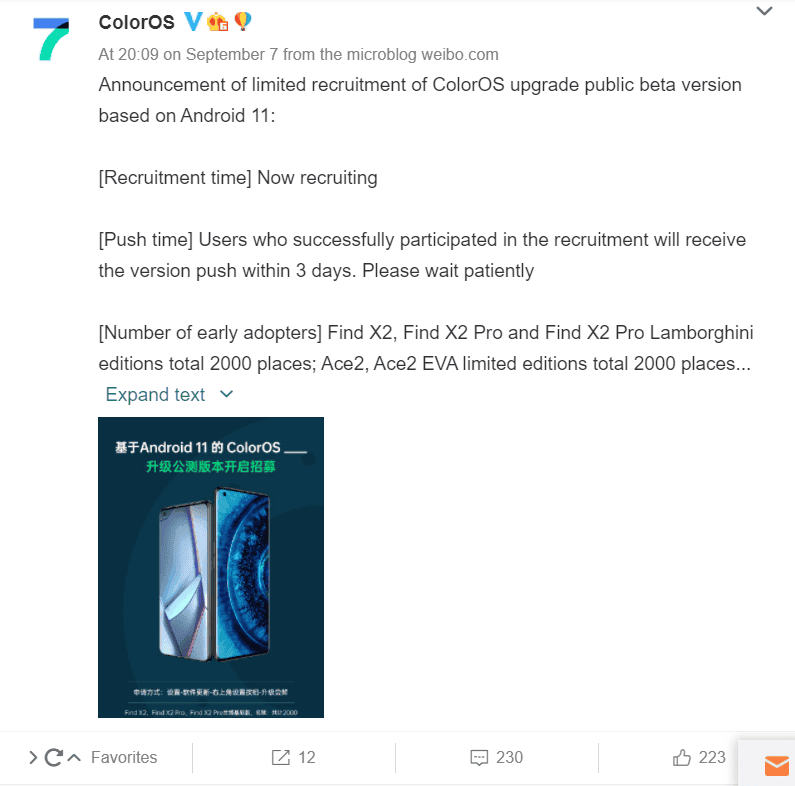 According to the official introduction, this recruitment is for users of some Oppo phones. The smartphones for recruitment include

Each of this smartphones has a quota of 2,000 users. Users who register successfully will receive it within 3 days. 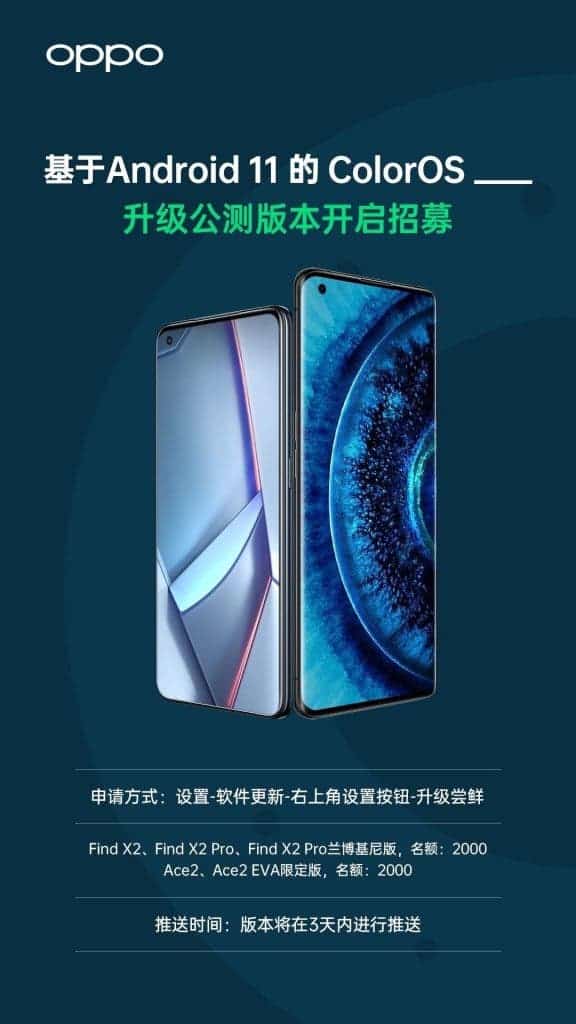 It is worth mentioning that as early as the Google I/O Developers Conference in 2019, OPPO appeared as the first Chinese manufacturer to adapt to Android 10 Beta. This shows that the company is quite swift with its release of new major updates to users.

What does ColorOS (Android 11) offer?

Fro the developer version that was released back in June, we have some information about the ColorOS 7 based on Android 11.

In terms of efficiency, ColorOS on top of Android 11 breaks the restrictions of APP. It also prioritizes the display of important contact information and allows users to reply directly in the notification bar. This small change significantly improves the user’s operating efficiency.

In terms of information security, which users are generally concerned about, permissions will be more strictly controlled. When applications need to obtain permissions for microphones, locations, or cameras, users can choose “only once” to effectively prevent privacy leakage.

For smart home connection, ColorOS on top of Android 11 is also smarter. It allows users to quickly connect and control these devices without installing third-party applications. In addition, ColorOS has once again strengthened the “super power saving mode”, through a series of targeted power saving strategies to make the phone last longer.