The Ulefone Armor 9 is one of the best flagship rugged smartphones the brand has released in a while and as such it has received a much deserved praise by the media. The Armor 9 is mostly notorious its excellent thermal imaging function; but its camera system also performs great in more ordinary photo scenarios. To prove just that, Ulefone just released a video in which they test the camera of Armor 9; let’s have a closer look!

As shown in the video, Ulefone Armor 9 features a Samsung GW1 64MP camera, it can help to capture ultra clarity images, even catch the words on the building in the distance. It supports time-lapse photography which improves your chances of capturing the short attention span of today’s busy viewers, shows the beauty of time. Plus there’s slow-motion mode, giving you the ability to get more out of a single scene.

The powerful camera system of Armor 9 supports 14 kinds of AI scene recognition, automatically adjust the brightness, contrast, saturation and more to help you effortlessly shoot photos like a pro. The support of 4K video recording enables you to clearly record the beautiful scenery anytime, anywhere. It also supports to capture GIF images, so you can create your own short animation, share the happy moments with your friends at any time. The night mode makes Armor 9 capable of capturing more details; while keeping the noise levels low in low light condition. Furthermore, there are more camera functions for you to explore, such as pro mode, panorama mode, portrait mode etc.. 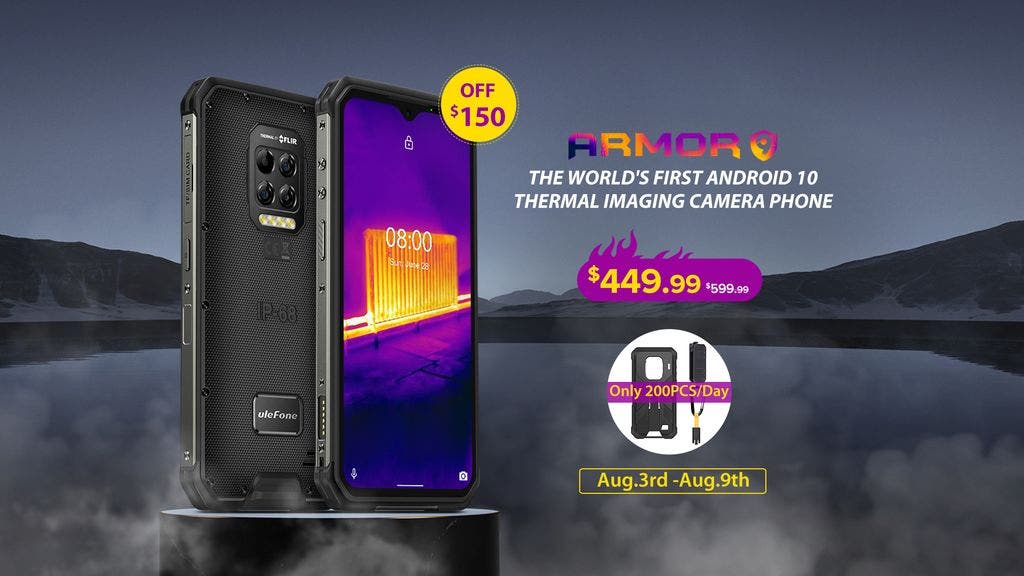 Right now, Ulefone Armor 9 is still in a hot sale. Ulefone subsequently launched another version of Armor 9; which is named as Armor 9E, it packs a 8MP wide angle lens instead of the thermal imaging camera. Now Armor 9E is now available on Banggood for the discount price of $329.99:  If you do not need the function of thermal imaging camera, you might consider this model.

You can learn more about the Armor 9 or purchase one at this link. Meanwhile click here to purchase the Armor 9E.

Next 6 Features That Make Xiaomi Smartphones Stand Out