Today, the Huawei Developer Conference (HDC) 2020 commenced in Songshan Lake, Dongguan. Huawei’s consumer business CEO, Yu Chengdong, gave a keynote speech. Yu Chengdong said that Huawei is in a difficult period as it faces the third round of sanctions in the United States. Last year, Huawei officially released the Hongmeng OS. At this year’s HDC, it also unveiled the Hongmeng OS 2.0. Now, the company will release a full-scene smart ecosystem with two-wheel-drive software and hardware. 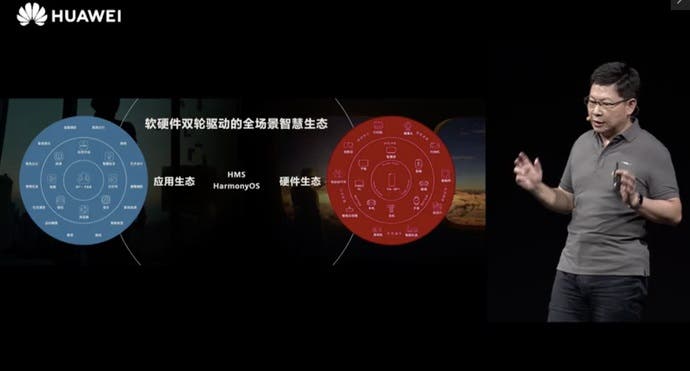 Huawei has invested more than 8,000 R&D engineers and more than 600 technologies. These resources have provided consulting services to developers more than 200,000 times. They also support about 1.8 million developers in the HMS ecosystem. Yu Chengdong said that the world’s third-largest mobile application ecosystem is breaking ground.

Back in July, Huawei announced the latest statistics of its Huawei Mobile Services (HMS) Ecosystem at the 19th China Internet Conference. According to the company, the HMS Ecosystem now has up to 700 million active devices.

HMS (Huawei Mobile Services) was officially proposed at the HDC developer conference in August 2019. It is similar to Google’s GMS mobile service, but the overall function is more. It is a collection of Huawei terminal cloud service open capabilities, totaling 14 Services, including 9 basic services and 5 growth services. Developers only need to integrate the HMS SDK to use Huawei’s multiple open capabilities. This includes Huawei’s account, in-app payment, message push, and other capabilities.

In addition, HMS has functions that GMS does not have, such as Scan Kit, which supports the identification and analysis of 13 mainstream two-dimensional codes and barcodes worldwide. It also supports the detection and adaptive amplification of long-distance codes.

Previous WeChat Ban: You can not challenge the U.S. presidents executive order