From the past few years, HTC has seen a downfall in the smartphone market, from previously making amazing smartphones such as the HTC One M8 to now manufacturing smartphones with 2GB RAM and a quad-core processor, there has been a huge change in the brand’s sentiment. Now, a popular leakster Evan Blass has shared the render of the upcoming HTC Wildfire E Lite revealing its design.

The previous Play Console listing had revealed that the HTC Wildfire E Lite has a resolution of 720 x 1440 pixels, indicating that it will offer an aspect ratio of 18:9. The HD display on it supports 320ppi pixel density. According to the leaked render,  the new smartphone packs in thick bezels above and below its display. On the other hand, there is a volume rocker and a power key on the right side of the smartphone.

The rear of the device appears to be made out of polycarbonate plastic. While, at the top-left corner of the phone, one can find a LED flash supported with a horizontal camera setup housing dual lenses. It is surprising to see a brand offering a fingerprint sensor on an entry-level smartphone. 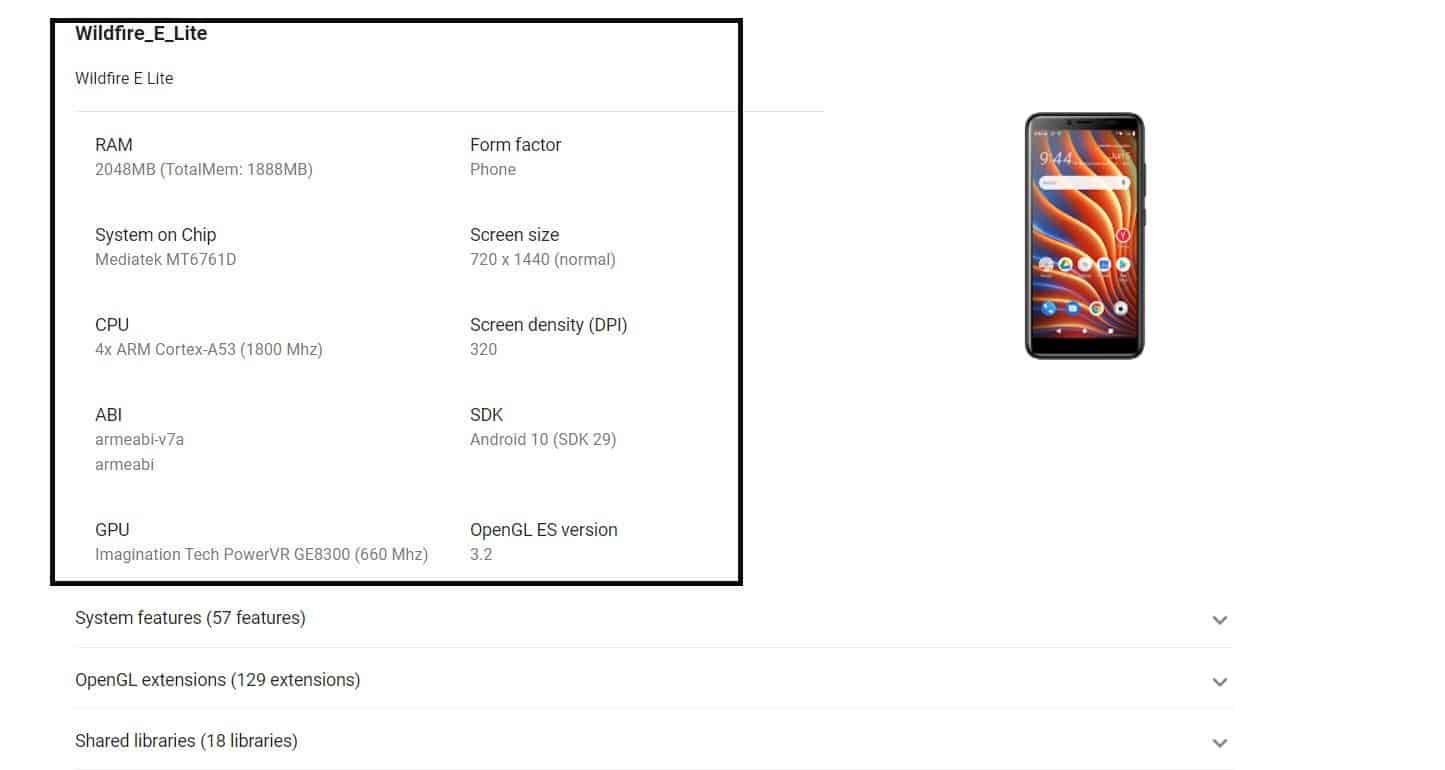 The smartphone will be called Wildfire E Lite, and had previously showed up in the Google Play Console. From the listing,  the phone has a screen with 720×1440 resolution, with an 18:9 aspect ratio. There’s a tiny picture showing the handset’s front, and there are no notches or hole punches here, instead, you get the substantial top and bottom bezels. However, The Wildfire E Lite has 2GB of RAM and it runs Android 10.

It’s powered by the MediaTek’s Helio A20 chipset, based on a quad-core Cortex-A53 CPU is as ‘entry-level’ as you can get at this point in time.

Next China: We'd rather shut down TikTok than give it to the United States