Facebook’s upcoming VR headset, Oculus Quest 2, recently leaked in a video posted on a marketing hub run by Facebook. The video officially confirms the existence of Oculus Quest 2 and it will arrive this week. According to reports, Facebook considers this device as “the most advanced all-in-one VR system to date.”

Oculus Quest 2 will be equipped with Qualcomm Snapdragon XR-2 chip. In comparison with the original Quest’s Snapdragon 835 processor, there is a huge improvement. The CPU and GPU performance doubles and its AI processing speed improves by 11 times. Furthermore, it comes with 6x its the video resolution support and 4 times the video bandwidth.

Other specifications of Oculus Quest 2 include 6GB RAM and a “near 4K” display. This means “nearly 2K resolution per eye“. In comparison with the original model, the pixels have increased by about 50%. This makes it the highest resolution Oculus VR device. In terms of storage capacity, there will be a 256GB version, although it does not sound like a standard version. 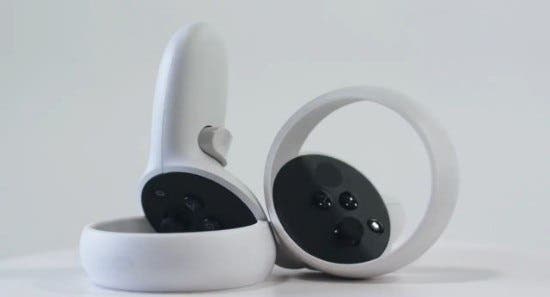 In addition, the Quest 2 will become smaller and lighter, thanks to its better ergonomics. The controller will become more comfortable. Oculus Link is still available, and Quest users can play Oculus Rift games after connecting the device to the PC.

This device will likely officially arrive at Facebook Connect on September 16. However, there is no pricing information in the exposed video.