Recent reports out of Chian claims that Qualcomm is developing a chip similar to the Snapdragon 865. According to @DigitalChatStation, this chip still uses TSMC’s 7nm process as well as A77 + A55 cores. Furthermore, the leaker believes that this processor is better than the Snapdragon 865+ but lower than Snapdragon 875. As of now, there is no other information regarding this chip. However, this chip is certainly not the Snapdragon 875 SoC. 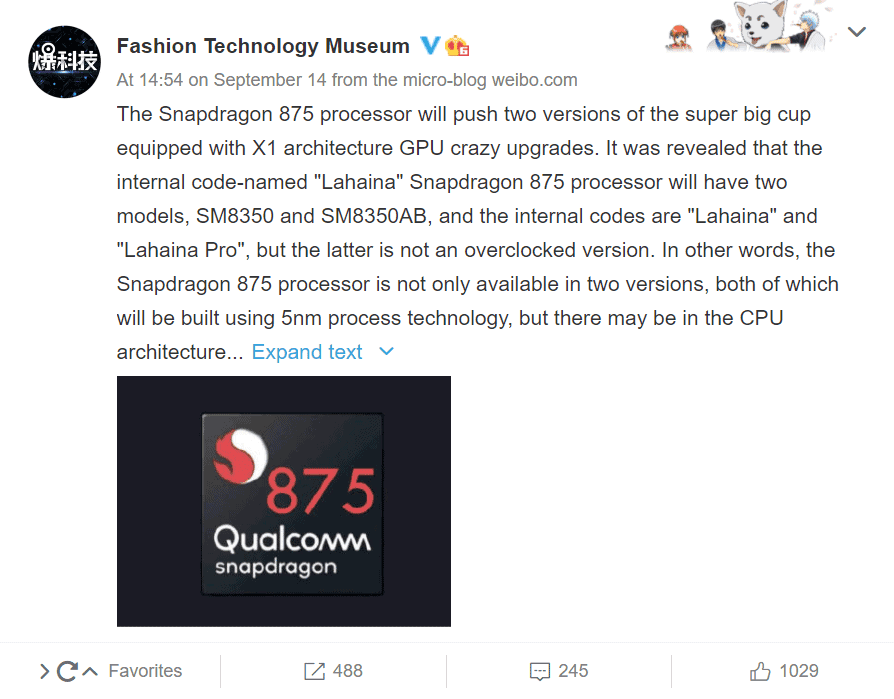 In addition, the two chips are quite different in the CPU architecture even though they use the same 5nm process. The SM8350 uses a 4×A78 design, while the SM8350AB will adopt the Cortex X1 super-large core architecture design. These chips should be able to achieve a 30% single-core performance improvement claimed by ARM. Furthermore, it will come with a crazy overclocking GPU core. For these two chips, it is said that two manufacturers plan to launch corresponding models before the end of the year.

Samsung will release the Exynos 1000 SoC to try and compete with SD875. Unlike other Samsung processors, this processor uses RDNA GPU technology. RDNA GPU technology was authorized by Samsung in June last year and will replace the existing Mali GPU. Due to the use of RDNA GPU, the running score of the Exynos 1000 is very good. In Manhattan 3.1, it got a score of 181FPX. It is almost 50% higher than the Adreno 650 GPU of the Snapdragon 865. We should also take into account that this is only the smallest test item.

The Exynos 1000 is expected to be released at the end of this year or early next year and will use a 5nm process. Probably, we should expect for this SoC to debut with the new-gen Galaxy S series flagship.