In March of this year, we wrote about the release of the first smartwatch from the Chinese tech giant Oppo. The watch bore a laconic name – Oppo Watch, taking such an obvious name from the Apple Watch. The design of the Oppo watch also resembled the Apple Watch, which, in principle, is not so bad, but some users were expecting something distinctive. And it looks like expectations can come true.

According to information from the Dutch website LetsGoDigital, an Oppo patent was recently registered on the Web for a new round dial watch. According to the renders that it turned out to be created in accordance with the patent, the new design of the Oppo smartwatch uses a round dial, which is covered with 3D curved glass on the top and bottom. That is, the overall design is unusual in the wearable market. 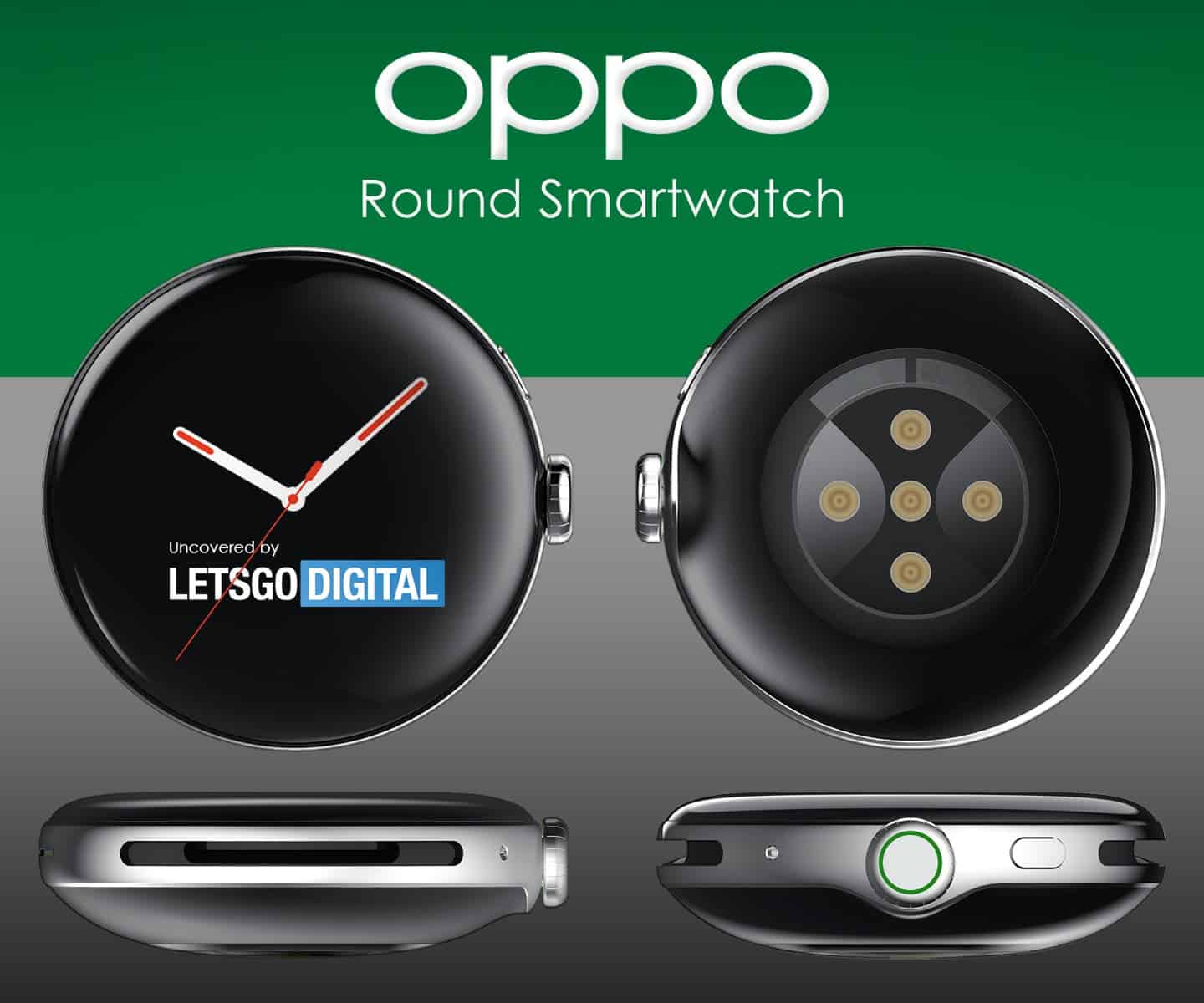 We remind you that we have just a patent and, possibly, one of the considered design options for the next watch from the Chinese company. But it is worth noting that if the manufacturer decides to move in such an appearance, then it will definitely be able to bring something unique – so far it will not be possible to find such watches on the market, unless something more or less similar.

Earlier in July, Oppo launched its first smartwatch dubbed Oppo Watch in Germany. The wearable has gone global and this time it got proper announcement as well. Unlike the Chinese variant, there are few differences on the inside with the global version.

Oppo Watch is available in Europe with a starting price of EUR 249. For the Indian market, the wearable will set you back either INR 14,990 ($200) or INR 19,990 ($265) depending on the size. For availability, the wearable is already up for pre-booking while the shipment will commence from the first half of August.

The 41mm version of Oppo Watch features a 1.91-inch AMOLED panel with 402 x 476 pixels resolution. The 46mm, on the other hand, has a larger 1.6-inch AMOLED but with 320 x 360 pixels resolution. The global version of Oppo Watch runs on two chipsets – Snapdragon 3100 Wear and Ambiq Micro Apollo 3. The former is used to run Wear OS while the latter is the company’s own offering that will be used for low-power mode.

The ability to run two different operating systems is the key attraction of the wearable. With Wear OS, users will be able to enjoy the power-packed features such as Google Play and GPay. You can then switch to the low-power mode whenever you want to save up some juice. The low-power mode offers essentials such as time, notification, alarms, and other basic stuff.

In the power mode, the smartwatch can go between 24 and 36 hours depending on the size. With Power Saver Mode, Oppo Watch can last for much greater 14 and 21 days, again depending on the size. Just like with most wearables out there, this one too charges with a magnetic charger. The bigger version can go from zero to 46% within 15 minutes while it takes 75 minutes to completely charge. The smaller, on the other hand, will charge up to 30% in 15 minutes.

Another key difference between the sizes is the material used for rear panel. The 46mm uses 600-series  aluminum alloy with plastic + ceramic on the rear. The smaller version, on the other hand, makes use of plastic only.

Previous Here's the full changelog of One UI 3.0 based on the Android 11 update

Next Redmi K40 Pro to use the 5nm Snapdragon 875, high-power fast charging, and a large-pixel lens