Samsung at a recent event announced their best Note series flagship for 2020, the Samsung Galaxy Note 20 Ultra packing in features such as a 108-megapixel camera, the Snapdragon 865 chipset, a 120hz display and lots more. However, in case you’re looking for downloading the wallpapers from teh Galaxy Note 20 Ultra or searching for the best Google Camera port (GCAM) for the same or you’re just looking out for the specifications, we have got you covered. In this post, I will list all the wallpapers from the Note 20 Ultra, a compatible Google Camera port and its specifications.

Wallpapers form an important part of one’s home screen customization, having a good wallpaper for your smartphone could result in something new and great. With that said, the Samsung Galaxy Note 20 Ultra has some really cool wallpaper collection built-in. All thanks to the folks at XDADevelopers, users can download and use the Note 20 Ultra’s amazing wallpapers on any smartphone easily. The Wallpaper collection comprises of 14 different static and live wallpapers extracted straight from the Note 20 Ultra.

Officially developed by Google for its Pixel users, Google Camera is a stock application; that ships out of the box with the Pixel devices. With that said, Developers have been working very hard behind and have ported the best version of Google Camera for the Samsung Galaxy Note 20 Ultra. There are several variations of GCAM. Some are meant to work with multiple android devices, while others are made specifically for a single smartphone. There multiple developers working on Gcam and an active community of users using the Mod. 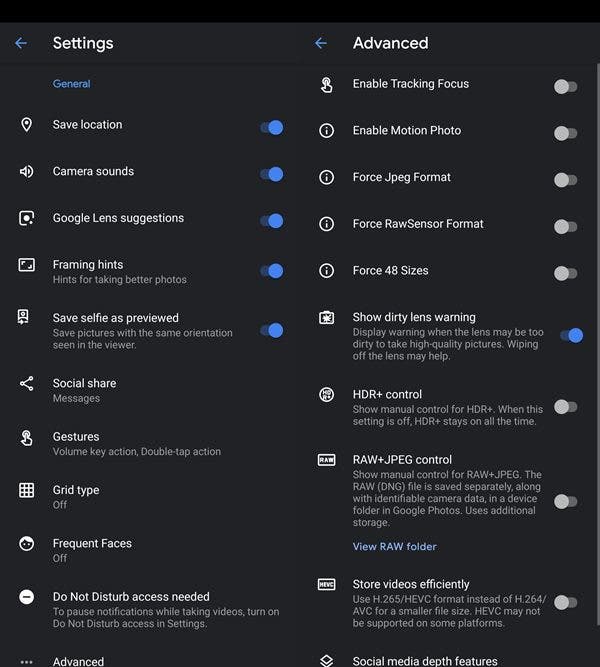 Additionally, Some of its noteworthy features include Night Sight, Lens Blur, Panorama Mode, Portrait mode, Social Sharing, Slow-Motion mode, HDR+, Photosphere and Super-resolution zoom and HDR+ enhanced. Similarly, you could even take breathtaking clicks of the night sky via the Astrophotography mode. With that said,  you could now grab the latest Google Camera (GCam APK) for Galaxy Note 20 Ultra from the below section.

On the Galaxy Note 20 Ultra, the first thing to notice is a larger 6.9-inch 3088×1440 Dynamic AMOLED display. The device comes with a 120Hz refresh rate, which makes the display feel smoother. Additionally, On the camera department, there is a 108-megapixel primary with a 12-megapixel telephoto and 10-megapixel ultra-wide. On the front side, there is a 10-megapixel selfie camera

However, For a bigger and better display, there is a slightly better battery too. It is of a 4500 mAH capacity. Snapdragon 865+ with an X55 modem is used on the Ultra model as well. Whereas, Exynos 990 has been used for other regions. An 8K recording at 24fps will be rocking in the new smartphone. You will also get the new “cinematic” 21:9 aspect ratio feature. Not to mention, Just like how you control different settings according to your taste in Pro mode, there is a“Pro Video” mode on Note 20 series. Another key point, Focus, audio, exposure, zoom speed, and other controls can be tweaked by the feature. Lastly, Note devices are incomplete with an S-pen. That’s why Samsung has introduced an improved S-pen, which comes with more sync options.