The Narzo 20 series will be consisting of three new devices, the Narzo 20, Narzo 20A and the Narzo 20 Pro. According to the new leaks which states that the Realme Narzo 20A variants will include 3GB RAM + 32GB storage and 4GB RAM + 64GB storage are priced at Rs 8,999 and Rs 9,999 respectively.

Additionally, the tipster also revealed that the Narzo 20A models will include; a 4GB RAM + 64GB storage and 6GB RAM + 64GB are priced at Rs 12,999 and Rs 14,999 respectively. However, the Realme Narzo 20 will be equipped with specs like a 6.5-inch HD+ screen, the Helio G85 chipset; LPDDR4x RAM, a giant 6,000mAh battery with 18W charging, a 48-megapixel + 8-megapixel + 2-megapixel triple camera system. Its color variants will include Glory Silver and Victory Blue.

The Realme Narzo 20 Pro edition will include; a 6GB RAM + 64GB storage and 8GB RAM + 128GB storage variant; and are expected to arrive with respective price tags of Rs 16,999 and Rs 19,999. The Narzo 20 Pro price leak could be correct as a Twitter user could find the Rs 16,999 pricing mentioned in a Google search results ad.

This advertisement says that the smartphone has received MediaTek Helio G95 SoC, support for charging with a power of 65 W and a screen with a refresh rate of 90 Hz. The price of the smartphone will be $230.

And a little earlier, Narzo 20 Pro lit up in live photos with a quad camera on the rear panel. Unfortunately, the characteristics of the camera are not yet available; but we can think that it will roughly correspond to cameras of similarly priced Redmi smartphones. 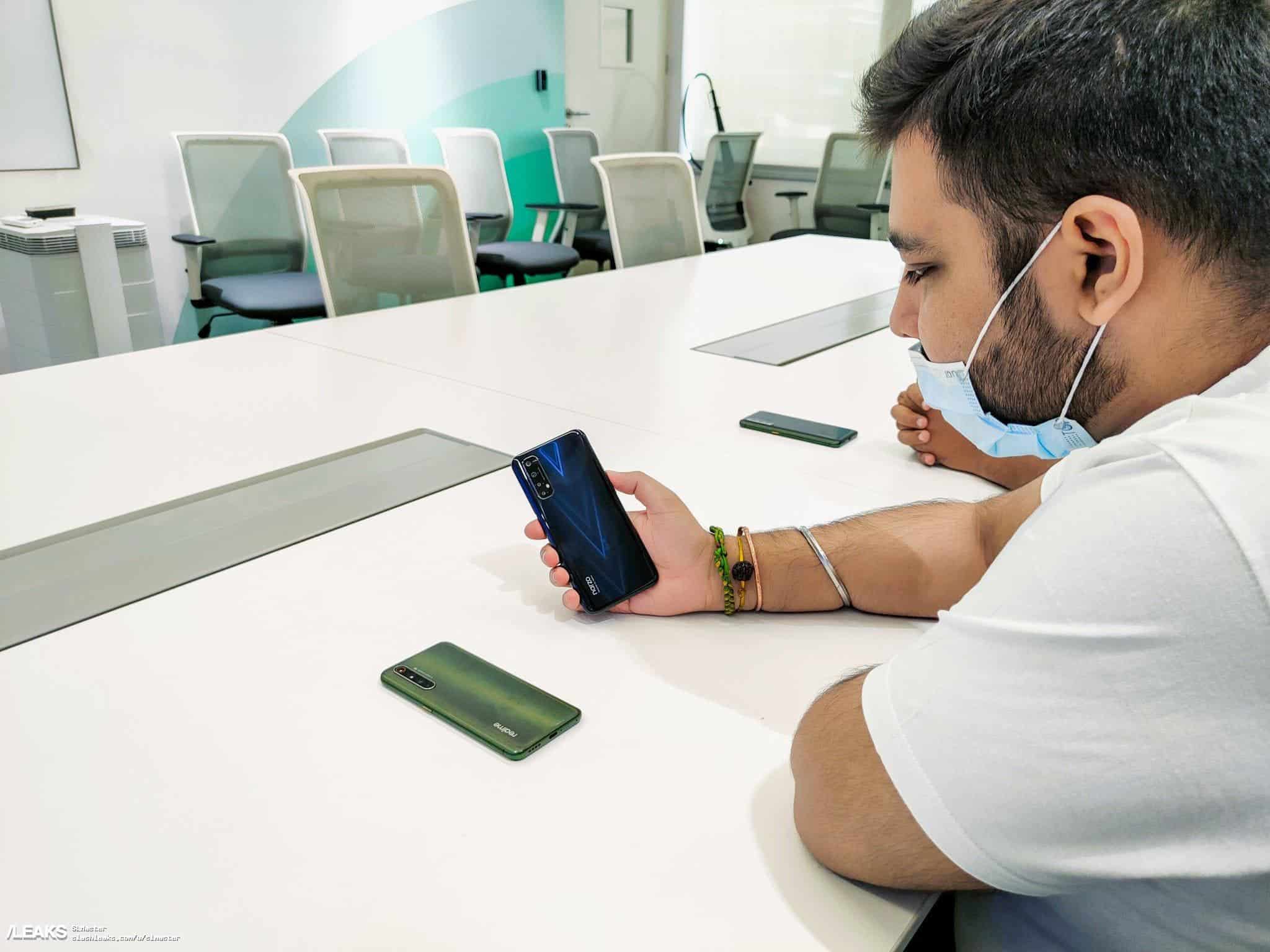 Next OnePlus 8T presentation event will be held on October 14