Samsung has pretty much finished its flagship plans for 2020 with the release of the Note 20 series and the Galaxy S20 FE. While the company is busy with its upcoming products and Android 11 One UI 3.0 development it still finds time to keep recent devices with software updates. Today, the company has begun seeding a new firmware update for the Galaxy S20 series in Europe. The update is all about underhood improvements, camera performance, and security fixes.

The new firmware package comes with G98xxXXU4BTIB serial and weighs in at just over 350MB. For now, the update seems to be reaching some countries in Europe like Germany getting the update for the entire trio of smartphones. Unfortunately, information regarding the camera improvements brought by this update is still scarce. Worth noting that Samsung is also addressing some of the previous issues that arrived with the One UI 2.5 update. The update apparently is rolling out in batches and may take a few days to reach all eligible units. 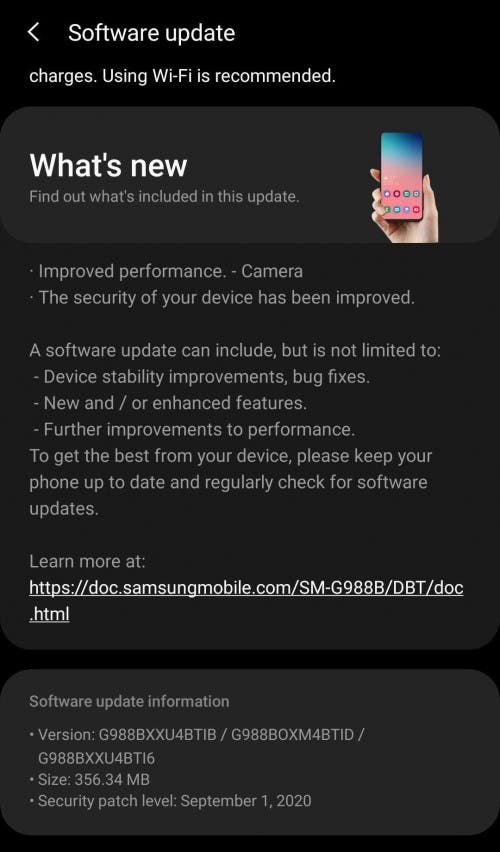 For now, we have to wait and see how this update will upgrade the camera performance in the Galaxy S20 smartphones. Especially the Galaxy S20 Ultra, that despite its powerful 108MP camera is quite problematic in this aspect.