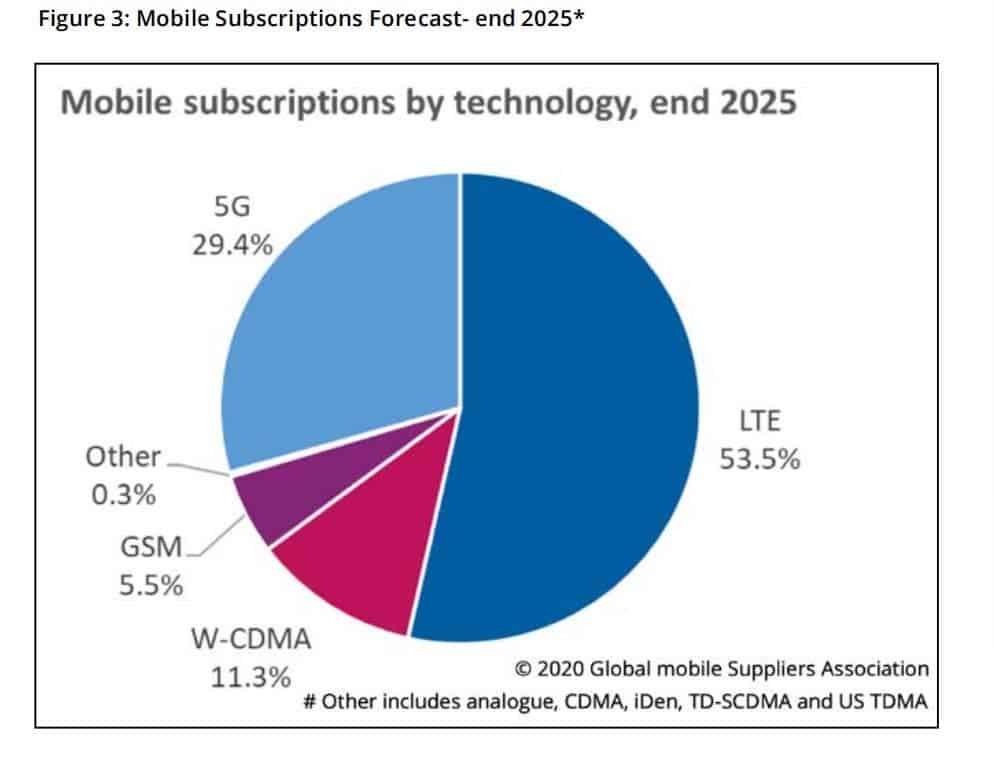 Omdia predicts that by the end of 2025, the number of global mobile users will be close to 10.3 billion.

Starting in 2023, as users switch to 5G, the LTE market is expected to begin to slowly decline.

Who Does Lead The 5G Users Market?

As you understand, not all markets could afford 5G network at the moment. But there are some ‘giants’ that are growing rapidly. That’s not difficult to guess China is the leader. Back in Spring, we learned that China had more than 160,000 5G base stations deployed in more than 50 cities. At the same time, operators are still working to expand the coverage and capacity of 5G to promote the deployment of independent networking. In order to fully release the benefits brought by 5G, formulating flexible policies in terms of spectrum and infrastructure is of great strategic significance to support China’s continued transition to a mature digital economy.

Moreover, China Mobile is considered to be the number 1 operator with more than 50 million 5G users. As far as the actual 5G products are concerned, China Mobile plans to meet the needs of users who ask for double-gigabit internet. The company will work with industry partners to build “1 + 1 + N” 5G data plans. This means: 1 x 5G mobile phone, 1 x gigabit broadband and support for smart devices; these include VR headsets connected via WiFi6. According to the official statement, the internet operator will be investing 15 billion yuan in the project.

We mean the rapid growth of 5G network is that it is a new generation connectivity option not only for smartphones but for IoT mainly. So in the next few years, when there are more similar products, we will see faster growth rate of 5G.

Next Which 5G Smartphone To Buy To Get The Best Camera Performance?