A group of companies against Apple including Spotify, Match Group (the parent company of Tinder), and Epic Games (Fortnite developer) have jointly created a non-profit organization “App Fair Alliance”. The aim of this organization is to advocate legal and regulatory actions to challenge Apple’s App Store policy. 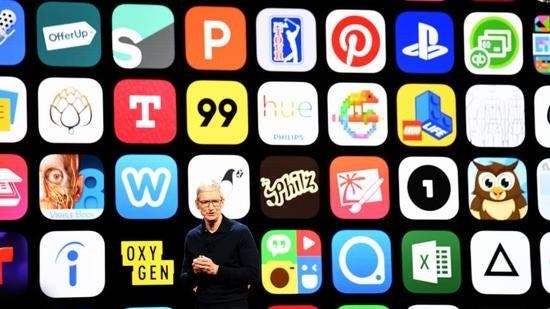 Apple charges 15% to 30% commissions for apps that use its in-app payment system. Furthermore, Apps must abide by these rules to appear in its App Store. The App Store allows consumers to download local apps. Also, this is the only way to get apps to work on the iPhone. These practices have aroused criticism from some developers and led to some lawsuits.

The App Fair Alliance is a non-profit organization based in Washington DC and Brussels. The organization says it plans to advocate legal changes to force Apple to change its policies. In addition to Epic, Match, and Spotify, other members of the organization include small companies such as Basecamp, Blix, Blockchain.com, Deezer, and Tile. It also includes developers from Europe as well as the European Publishers Council, European News Media, and Protonmail.

The representative of the organization Sarah Maxwell has worked in the fintech company Blockchain.com and Hillary Clinton campaigns. She said that the organization was established because “there is no hope for things to change”. The organization will continue to recruit more developers until it achieves its goal.

“Although it is great that we have big-name companies like Epic and Spotify joining the organization, we don’t just speak for them,” she said in an interview.

Epic is suing Apple for alleged monopoly in the U.S. Federal Court in California, while Spotify has filed an antitrust complaint against Apple in the European Union.

The organization on Thursday also listed 10 “App Store Principles” required by the plan, including “Developers should not be required to pay unfair, unreasonable or discriminatory fees or revenue sharing”.

Obviously, the complaints against Apple and its App Store policies are gaining momentum. Recently, American developer, Blix, wrote to EU Antitrust Commissioner, Margrethe Vestager, saying that there is unfair competition in the Apple App Store. He is hoping that the EU will launch an in-depth investigation. Blix’s complaint comes at the time when Vestager is already investigating App Store and mobile payment system, Apple Pay. According to some developers, Apple’s policies are there to give Apple services an edge.

Previous Here are the 33 Oppo phones to get ColorOS 11

Next OnePlus 8T: more details surface alongside the price