A couple of months have passed since the release of OnePlus 8 and 8 Pro and the company is ready to move to its next big thing. The new device dubbed OnePlus 8T has quickly moved from a “rumored” smartphone to something that is coming in the next month. In fact, not even Pete Lau, the company’s CEO is shy about sharing the specifications for this handset. Yesterday, he confirmed that the new flagship will boast a 6.55-inch OLED display with a smooth 120Hz refresh rate. Now, he revealed further details about the display.

According to the executive, the panel of the upcoming flagship will boast JNCD of 0.3 which, in fact, is lower than the OnePlus 8 Pro. For those unaware, JNCD stands for Just Noticeable Color Difference. It’s used to measure the color accuracy of the display. The executive already teased how the panel will pack accurate colors thanks to the continuous effort of OnePlus engineers.

He also disclosed that the OnePlus 8T has a revamped auto-brightness setup. For instance, it can double the available steps from 4,096 to 8,192. Last but not least he confirmed the presence of two ambient light sensors. One will be placed on the front as usual, while the second one will fit on the back. This will boost the phone’s light detection capabilities.

While Pete Lau was busy teasing his new smartphone, the popular leakster Digital Chat Station shared a set of specifications for the upcoming smartphone. Of course, most of these specifications don’t come as a big surprise. Under the hood, the handset boasts the Snapdragon 865 Plus SoC. It will be paired with 8GB of RAM or 12GB of RAM if you get the most expensive variant. The phone will have FHD+ resolution and a 240Hz touch-sampling. We have a 16MP punch-hole camera and a Quad-Camera setup on the back comprising 48MP + 16MP + 5MP + 2MP shooters. 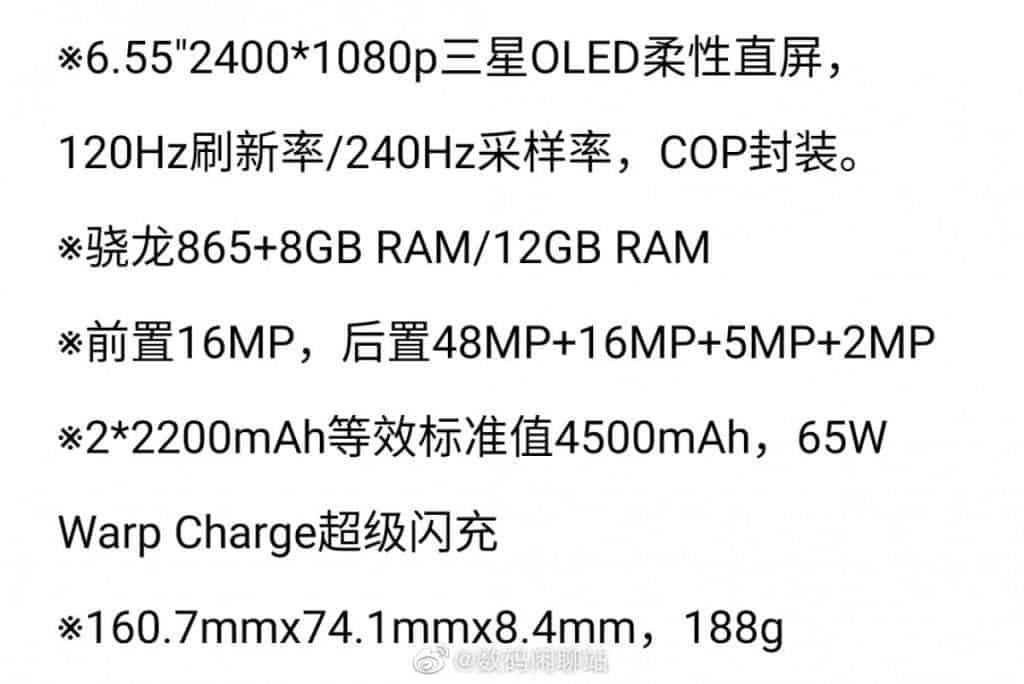 An interesting detail of the display is that packs COP technology. This can greatly reduce the size of the overall bezels. Although we’re expecting a flat display, it will be quite bezel-less than the big majority of devices in the segment.