There have been indications that Xiaomi is working on a foldable device. However, the company is yet to release any foldable phone. Sometime last month, there were reports that the company will most likely introduce its first foldable smartphone in early 2021. At the beginning of 2019, a prototype of a Xiaomi dual foldable phone appeared online. Nevertheless, the company did not release the device. A recent report shows that Xiaomi has filed a design patent for a futuristic-looking phone that can be folded twice in a Z-shape. The device has a gigantic flexible screen as well as a large front display is available. 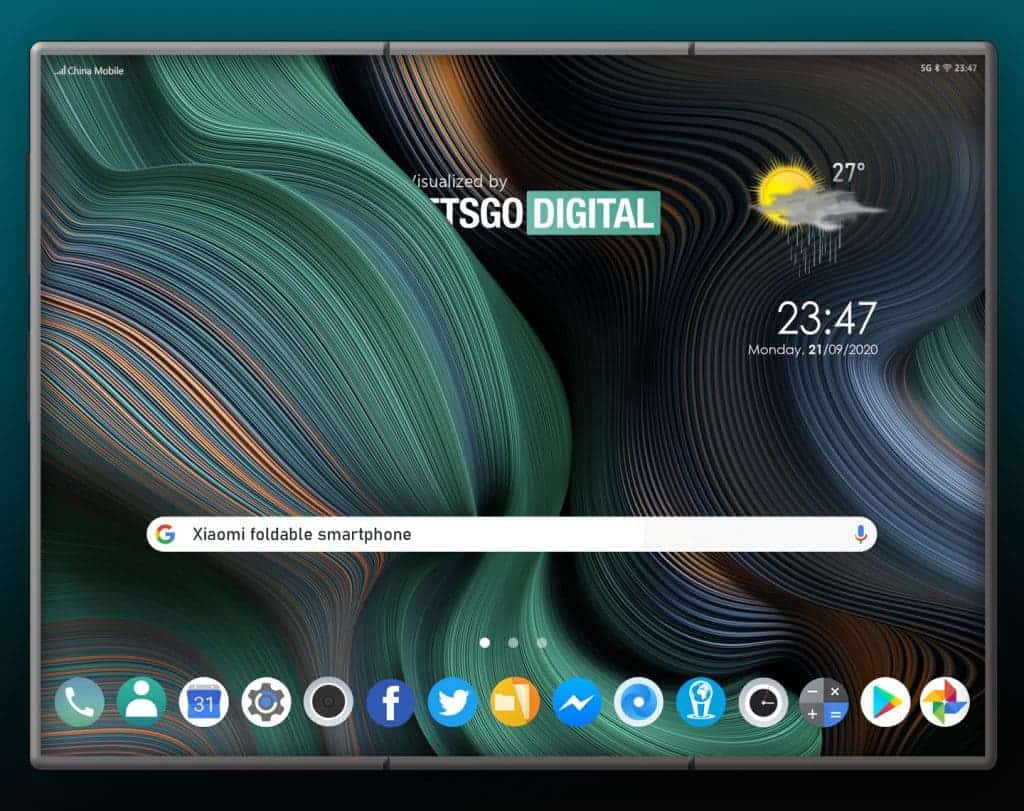 A few months ago, Xiaomi submitted a design patent with WIPO (World Intellectual Property Office). The patent was approved on September 18, 2020, the documentation contains 16 product sketches showing the foldable phone from all sides. It is a very modern phone with minimal screen edges. This device comes with a large display on both the front and back. When you fold the device, it becomes a dual-display phone. In this state (folded), the front screen is independent of the back. They can display different things simultaneously. 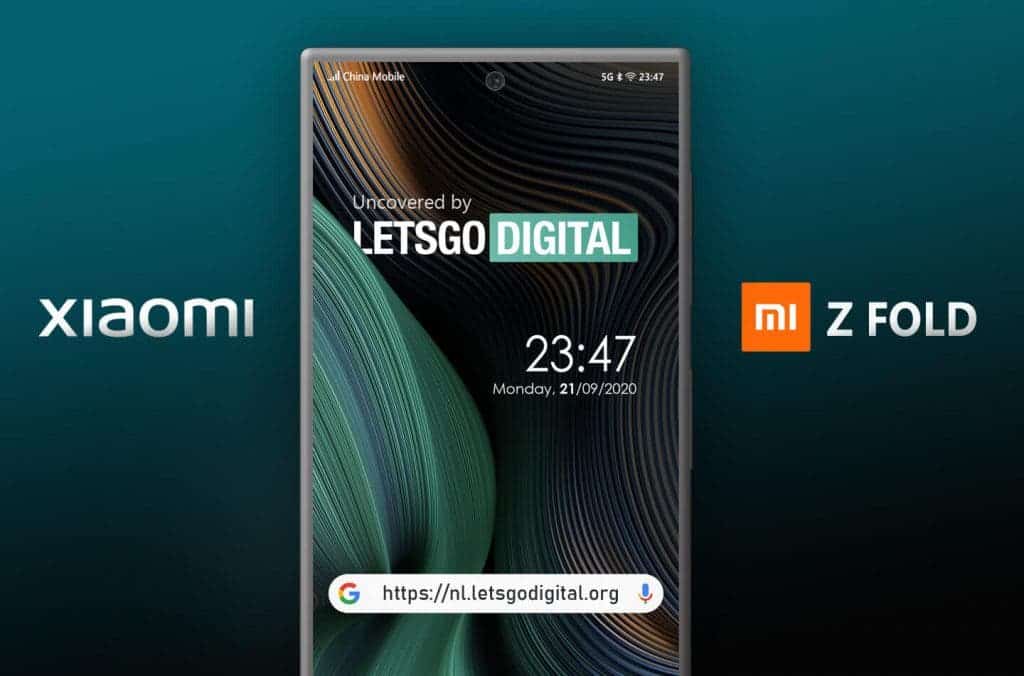 The front display is very similar to the Samsung Galaxy Z Fold 2. It uses a small hole-punch camera at the middle (top) of the display. Apart from this camera, no other cameras are visible on this foldable phone. This undoubtedly has to do with the way of folding, as the rear of the device disappears to the inside during folding.

As a result, a rear camera would only be necessary when the smartphone is fully unfolded to tablet format. In this state, it is not entirely pleasing or hand-fit during shooting. With the front camera, you can take both selfies and regular photos. This is because by turning the device you can use the screen on the other side as a viewfinder. 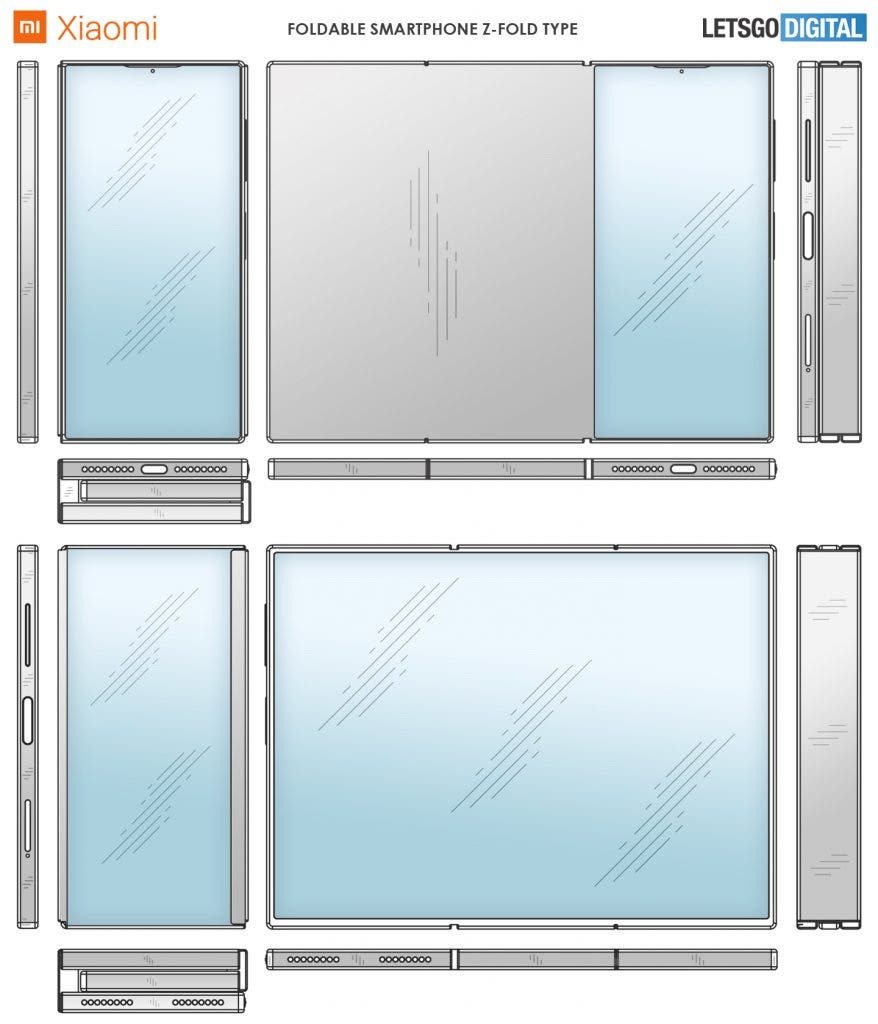 The front screen is part of the main housing, where the most important components are processed. On the right side are the control buttons and the SIM card compartment. One large wide button is visible, presumably acting as a lock for folding and unfolding the phone. There is also a long volume button. In addition, the speakers and USB Type-C connection are placed at the top and bottom.

Next LG patents a unique device with a rollable OLED display