Since last year, there has been a consistent development of foldable displays. In fact, LG is taking a step further and the company is working on rollable displays. In a recent patent application, LG shows a rollable OLED display with rectangular housing. The rectangular housing of this electronic device has a rotating inner frame that stores a wide roll-up display. It is an OLED panel, although LG keeps the option open to use other types of display panels, such as an LCD (Liquid Crystal Display), PDP (Plasma Display Panel), or FED (Field Emission Display). 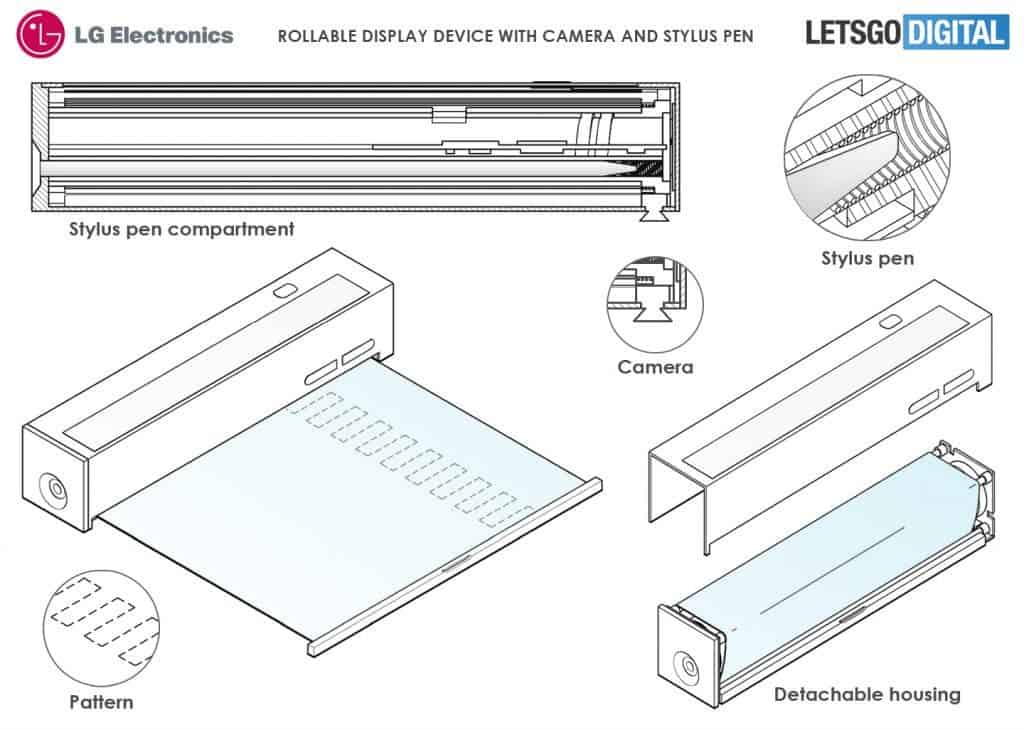 The power button is on top of the display. Unfortunately, further details about the interface and connection options are missing. You can probably connect this device to the internet and other smart devices, such as a smartphone or TV.

This device also comes with a light-transmitting glass window at the top with a sub-display. This small rectangular display can show similar content as the roll-up screen. On the front, there is a wide button for unlocking the rollable display.

The rectangular casing is quite thick so that users can hold it well to manually pull out the display. There are also two additional physical buttons with which you can control the roll-up and roll-out process. These buttons are just beside the sub-display. Furthermore, there are two control buttons on the front, these serve for the volume control. Furthermore, the roll-up display device from LG has a camera, which is at the bottom and can capture both photos and videos. 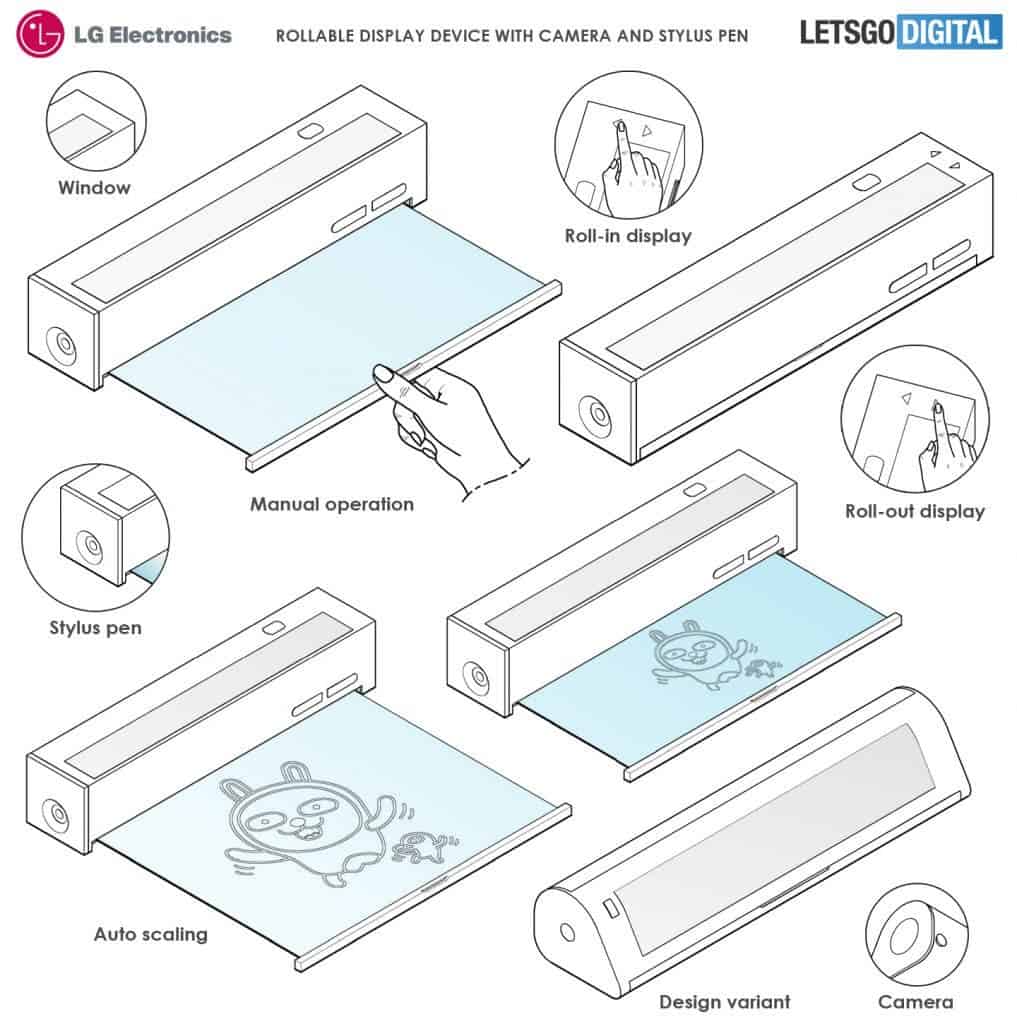 Furthermore, the LG rollable display comes with a stylus pen. You can store this on the side of the device. Judging from the images, the total width of the display device is about one centimeter larger than the stylus pen itself. So it seems to be a very compact device that you can easily carry with you.

In addition, the user can determine how far the screen is pulled out. An invisible zigzag pattern with a magnetic field is applied to the roll-up display. In combination with a hall sensor, you can detect how far the has been rolled out. If you partially pull out the display, only the visible part will be active. Also, the aspect ratio will automatically adjust to the size of the unrolled screen.

The housing is removable, similar to a PC housing. This makes it easier to replace and / or repair a part. Also, in case of damage to the case, you can decide to replace only the case, instead of the entire display device – which will of course save on costs.

LG Electronics has really thought of everything with this patent. From the assembly process to the operating options and even the repair options – everything is extensively documented.