The cost of smartphones has changed over the past couple of years. Price tags went up and this is an irreversible process. The price component is influenced by many factors, and the crisis contributed to the rise in prices. Thus, analysts from Counterpoint Technology Market Research, having analyzed the situation in the smartphone market in the second quarter of this year, note that the average price for mobile devices on a global scale has grown by 10%.

The average price of smartphones has increased by 10% 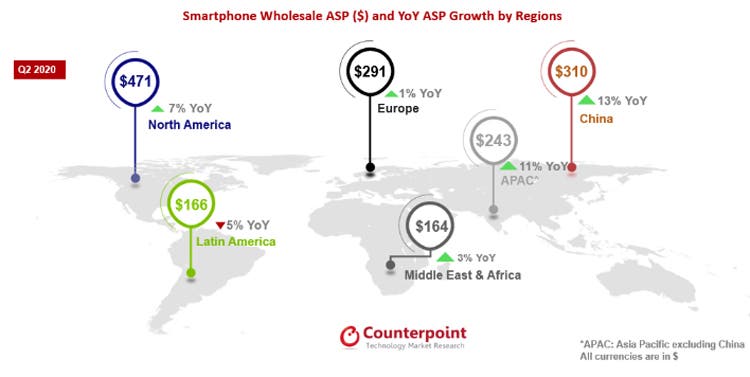 Experts believe that among the main factors that led to higher prices are the decline in the smartphone market and the switch to 5G as more and more devices with support for fifth-generation networks appear; but they are by no means cheap. It provoked an increase in the average cost of smartphones and a relatively insignificant decline in the segment of premium devices – 8% against a – 23% decline in the mobile phone market as a whole. 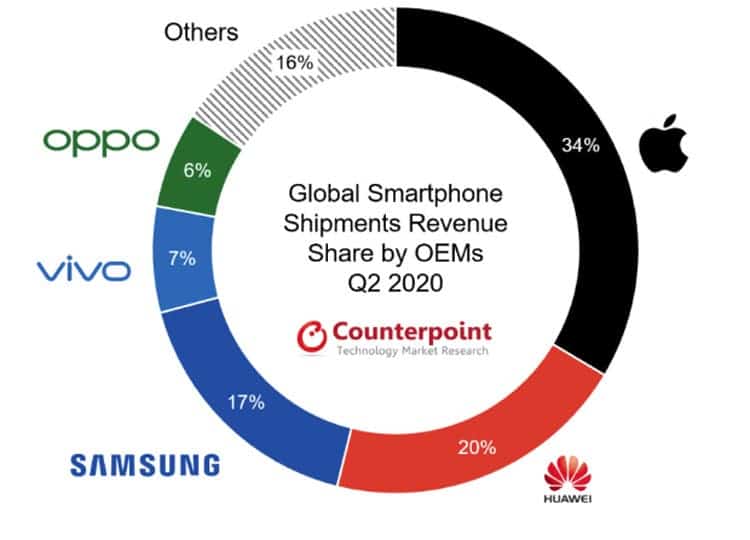 Naturally, the decline in demand led to the fact that smartphone manufacturers were unable to earn as well as in the last year. The drop in revenue was 15% on average.

Apple still earned the most on smartphone sales in the second quarter of this year with %34. Despite the sanctions, 20% of the revenues went for Huawei. Samsung has 17%, Vivo 7% and Oppo 6%.

73% of global users prefer smartphones under $ 400

The lower consumer demand, crisis and inflation push the cost of smartphones up. As a result, the flagship market has shrunk, and users are increasingly choosing to buy something cheaper for daily use. The demand for affordable smartphones is consistently high, and according to analysts at IDC, devices under $400 account for 73% of global handset shipments in 2020. 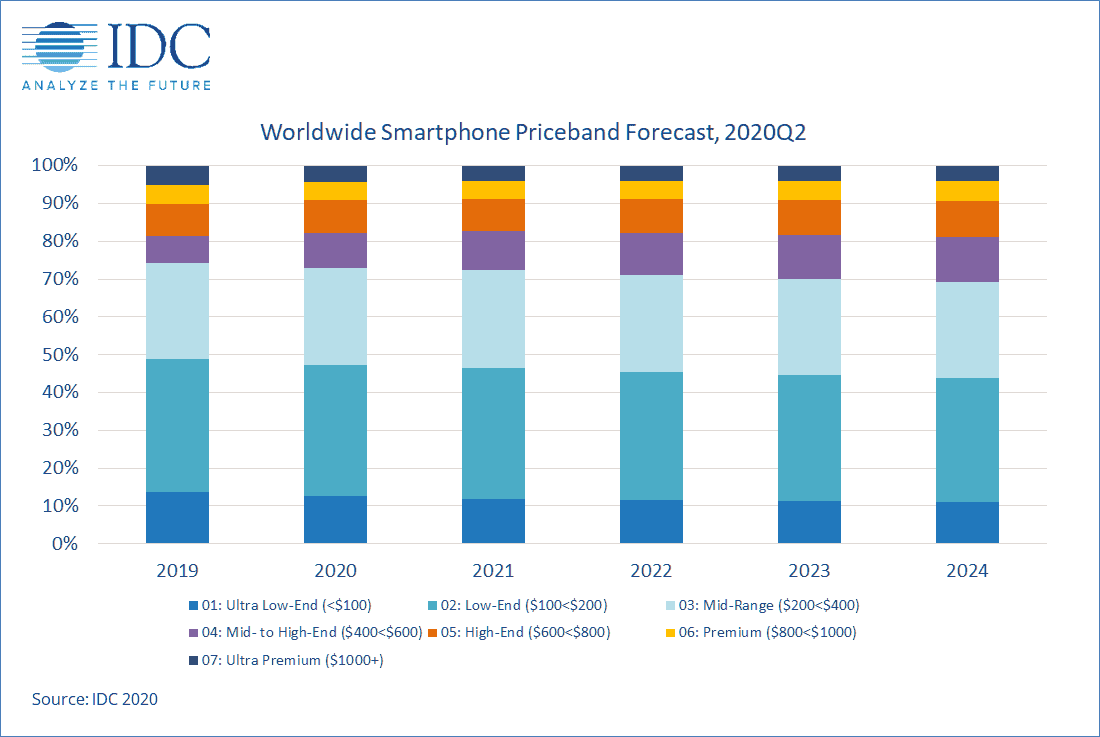 Most of all in the second quarter of this year, consumers preferred gadgets with a price tag from $100 to $400. This allowed this price category to occupy 60% of the global smartphone market. Such devices were most actively purchased in Latin America, the Middle East, Central and Eastern Europe, Africa and the Asia-Pacific region. Interestingly, in the United States, where they do not save on the purchase of smartphones; the demand for affordable devices with a price tag of up to $200 has also increased – from 20% to 27%.

The average price segment, which ranges from $400 to $600, accounted for 11.6%. And by the end of the second quarter of this year, it grew by 4%. The most active purchase of such smartphones was in China, where their share increased from 8% to 21%.

Analysts predict that demand for models with a price tag of $100 to $400 will continue to grow; as users increasingly prefer affordable devices. 5G smartphones will become increasingly popular, with an average price of $465 in 2024.

Next Oppo prepares to launch its first smart TV in October