Recently, smartphone companies have been expanding their portfolios with smart TVs. And this is understandable. Android TV is becoming more affordable, and people are more interested than ever in purchasing a modern device.

Well-known companies like OnePlus, Nokia, Xiaomi, Realme and Honor have already launched their products in this segment. Oppo plans to release its smart TV based on the patterns of its competitors.

Oppo prepares to launch its first smart TV in October

During the Oppo Developer Conference 2020, officials announced that the company’s ecosystem will be expanded with a TV that will launch in October.

Yi Wei, CEO of Oppo, did not provide details on the upcoming TV, but clarified that its release will be a key step towards expanding the company’s ecosystem of devices. Rumors point to two sizes – 55″ and 65″, with different remote controls. The TV should offer unique features, but which ones are currently unknown.

Considering that Oppo’s BBK holding colleagues OnePlus and Realme have already released their smart TVs, it should come as no surprise that Oppo has decided to release their device. The only surprising thing is that not so soon.

It is worth to mention that Redmi has recently announced its new Redmi Smart TV A series. According to the company, pre-orders for this new series will commence soon. Technically, all that we know about this series is its existence and a few other information. According to Redmi, this series will offer five sizes: 32 inches, 43 inches, 50 inches, 55 inches, and 65 inches. In addition, the poster shows that the new A-series TV adopts an ultra-narrow bezel design. Overall, this series looks very similar to the X series overall. 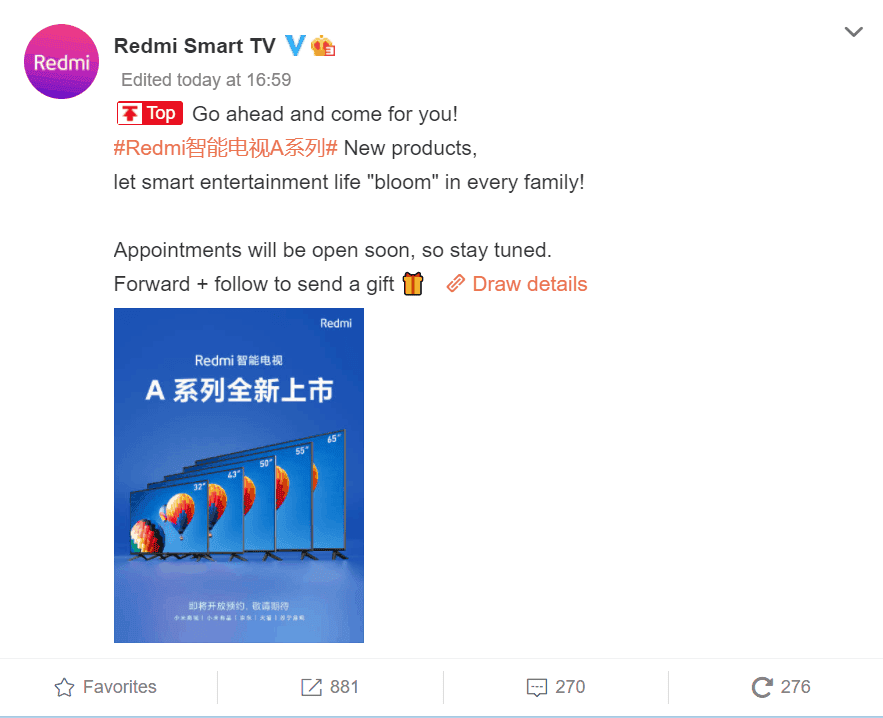 In May this year, Redmi released the Redmi Smart TV X series, which is positioned as a “light flagship” for young people. The Redmi TV X series is available in 65-inch and 55-inch versions. 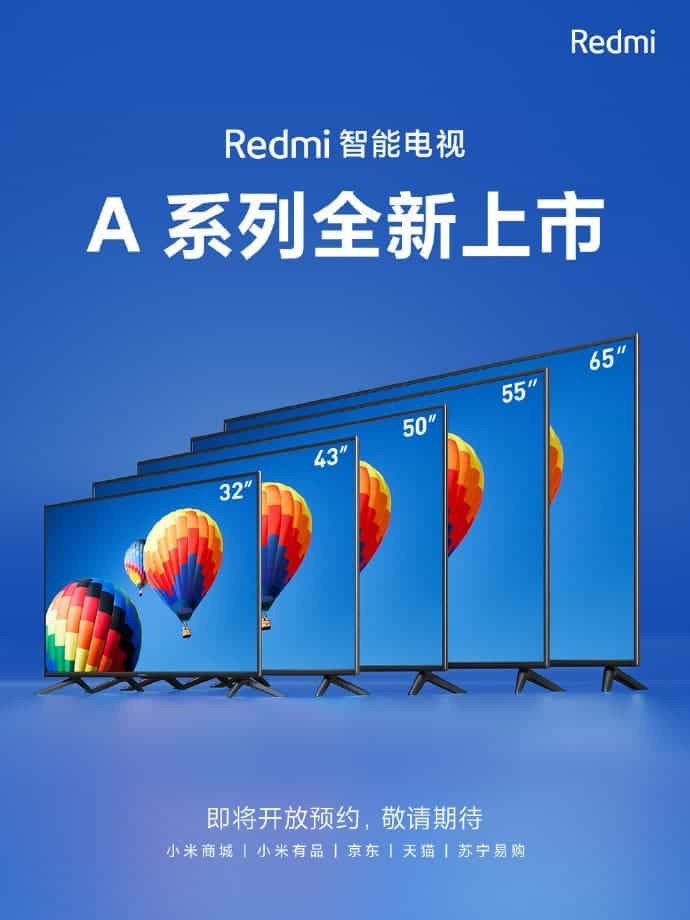 Redmi currently has a couple of TVs in its lineup and it even has a 98-inch  Redmi TV Max. This TV is the first 98-inch TV and the largest in the entire Xiaomi ecological chain. The Redmi TV Max comes with a 19,999 yuan ($2,830) price tag.

How big is 98 inches? The official description is 13.6% larger than a single bed of 1.2 meters, flat, and the size of a table tennis table. Whether it is watching a movie or playing a game, the visual impact is beyond imagination.

Next The details of the upcoming Snapdragon 775G SoC is revealed