There have been numerous reports regarding the upcoming Huawei Mate 40 series. According to Huawei’s consumer business CEO, Yu Chengdong, Huawei fans should be patient and this device will arrive on schedule. His statement does not give an exact launch date for the series. However, there have been reports that the Huawei Mate 40 series will arrive in mid-October. Previous reports also claim that this series will arrive in China at the end of October. This series includes Mate 40, Mate 40 Pro, Mate 40 Pro +, and Mate 40 RS Porsche Design. 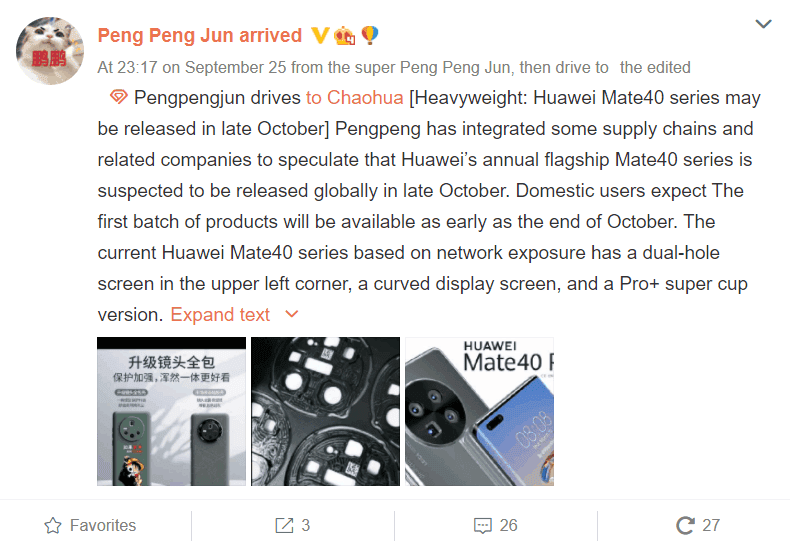 A recent report claims that this device will launch globally at the end of October and it will be available in China almost immediately. From the speculations so far, the Huawei Mate 40 series will use a dual punch-hole camera design in the upper left corner of the display. We also expect the Kirin 9000 SoC as well as a curved display. Some of the models may have different specs.

According to speculations, this series will re-introduce the physical volume buttons on the side frame. However, it will also retain the virtual buttons. In addition, there may be a Huawei Mate 40 Pro+ “Super Cup” version. This version will introduce the new ultra-sensitive Leica quad camera. The main lens is a 50MP sensor. At the same time, the zoom and movie lens is new and it uses a periscope telephoto lens which supports 5x optical zoom. Furthermore, this camera configuration also supports 55x digital zoom.

Next Google joins Apple: in-app purchases must use its charging system