The future of Huawei’s smartphone business is currently bleak, however, the Chinese manufacturer is still working on some devices. In addition to updating the Mate series, Huawei will also launch a new nova series before the year ends. Today, popular Weibo leakster, @RODENT950 exposed a real image of the Huawei nova 8 series. Although part of the picture is blurred, it can be clearly seen that the Huawei nova 8 series adopts the same dual punch-hole hyperboloid screen solution as the Huawei nova 7 Pro. 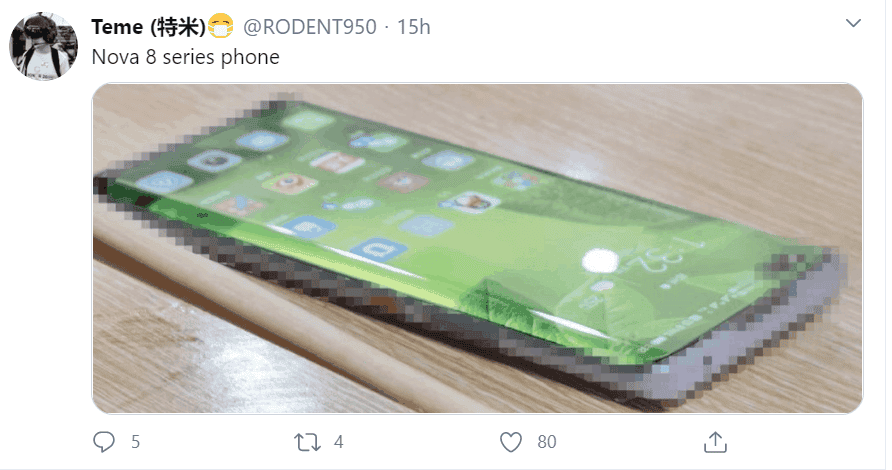 Not only that, this time Huawei’s nova 8 series is also more than one model. This series will have the Huawei nova 8 and nova 8 Pro. The codenames of these smartphones are Jessica and JessicaH while their model numbers are JSC-TN00 and HJC-TN00.

In terms of core configuration, Huawei’s nova 8 series may come with the Kirin 990 5G chip. If not the Kirin 990, it may use a chip in the Kirin 990 series. There are also reports that the Huawei nova 8 Pro will use a Dimensity 1000+ chipset. This report also claims that the nova 8 will use a Kirin 820 SoC. These days, it’s difficult to predict Huawei’s smartphone schedule.