According to the Vice President of Realme, Xu Qi, the Realme Q series will arrive sometime in October. Xu Qi emphasized that this new Realme series is definitely a really fragrant and explosive model. He further assured netizens that there will be enough stock for everybody. In his Weibo post today, we can see “QQ” in the image. This refers to the upcoming Realme Q series. 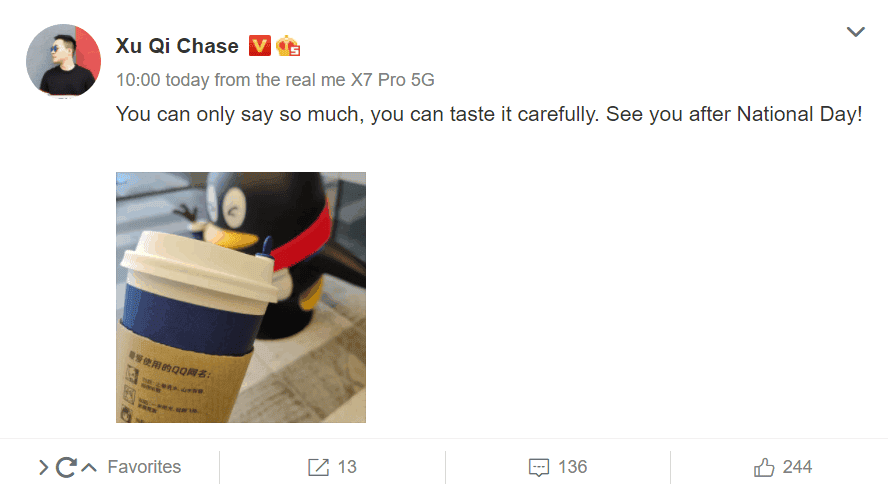 Before now, a new Realme smartphone with model number RMX2173 got a network access license from TENAA. There are speculations that this device is the upcoming Realme Q series. According to TENNA’s listing, this smartphone will come with a 6.43-inch AMOLED screen. It has a dimension of 160.9 × 74.4 × 8.1mm and weighs about 175 g. 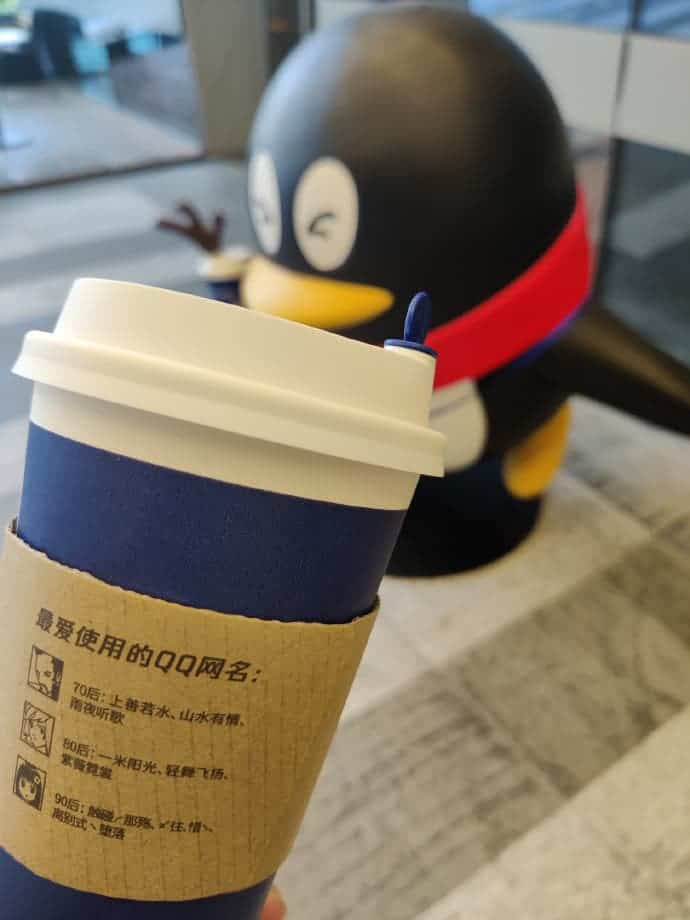 More importantly, the new Realme Q series supports 65W ultra-fast flash charging. Its battery capacity is 4200 mAh. It adopts a dual-cell solution and the company claims it can get a full charge within 40 minutes. It is worth noting that in October, Realme will also release the new Realme UI 2.0, which is deeply customized based on Android 11.

We already now officially that the Reale Q series will arrive in October. However, there has been no information on the exact launch date until now. According to popular Weibo leakster, DigitalChatStation, the Realme Q series will officially arrive on October 13th. Like we said earlier, this device will use a dual-cell 65W charging solution. However, it also comes with a punch-hole display as well as an on-screen fingerprint sensor. 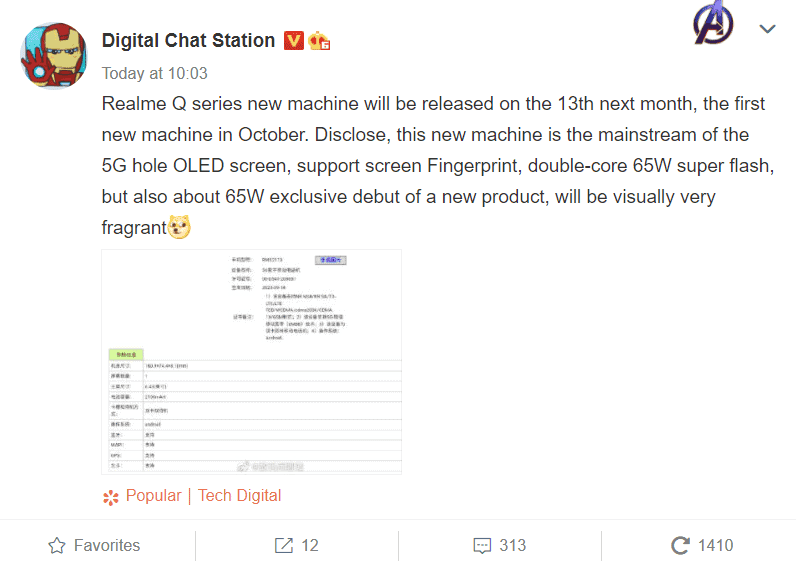 In the camera department, this Q series will come with a quad-rear camera setup. Specifically, it will use a 48MP + 8MP + 2MP + 2MP camera setup. On the front, it will have a 16MP camera. Under the hood, it will have 6GB/8GB of RAM and 128GB/256GB internal storage.

In addition, the blogger also claims that Realme will launch a new 65W product, or a new power bank and other product. The phone will be available in Silver, Blue, Black, and Gray colorways. As of now, there is no information on the processor that this smartphone will use. For now, we still need to wait for the company’s confirmation. But with most of the leaks already here, we expect an official teaser to come in the coming days.