Google is rolling out noise canceling to Google Meet for Android and iOS. But unfortunately, it won’t be available to everyone. You must be a G Suite Enterprise or G Suite Enterprise for Education customer to use the feature. This handy feature to cut off unnecessary sounds was introduced for personal computers back in June; and received a lot of positive reviews.

The noise canceling function can filter out noises from typing on a keyboard, closing a door, loud music, and other annoying noise. However, at the moment, it will not be able to filter out voices coming from the TV or from several people talking at the same time.

Google’s G Suite Updates blog states that the noise canceling feature is disabled by default on the smartphone. But it can be enabled during a call by accessing the call settings. To enable it, you need to select Advanced and “Enable the function before the video call.”

The feature is being rolled out today and should be fully rolled out within a few days. 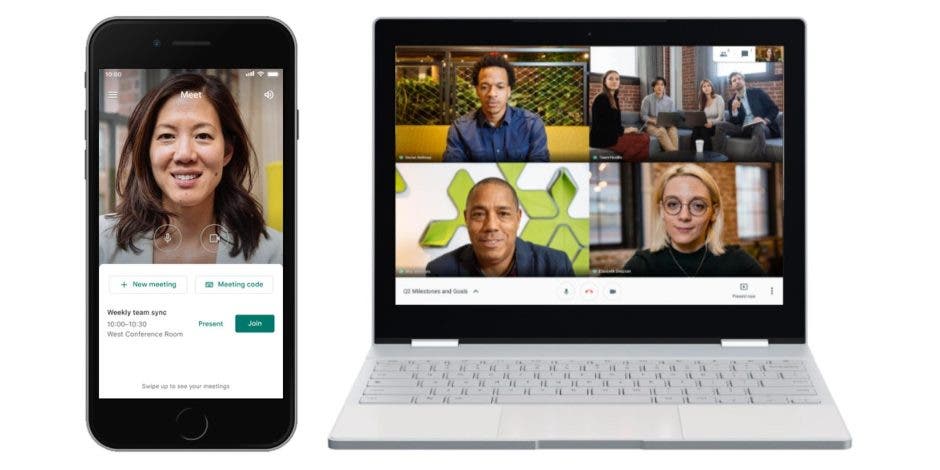 Last month there were rumors that on September 30, Google will hold a presentation of the new generation of its “flagship” smartphone Pixel 5. Those were only speculations, but recently, we received confirmation – the company released a poster. The event, which will be streamed, will begin at 11AM PT time.

In addition to the Pixel 5, Google may show a new generation of its Chromecast, as well as a new smart speaker. All these informations are learned from the text of the sent out invitations. The invitation says, “We invite you to find out all about our new Chromecast, our latest smart speaker and the new Pixel smartphones.”

The Pixel 5 was first officially announced during the launch of the Pixel 4a. Then, in a press release, the company mentioned that the Pixel 5 will have 5G support. After the presentation, the new product from Google will be available in the USA, Canada, Great Britain, Ireland, France, Germany, Japan, Taiwan and Australia.

The information that the company will launch a new smart speaker under the Google brand; and a new generation of Chromecast was confirmed by Google for the first time. Recall that Google hinted at the existence of a smart speaker called Nest back in July after the leaked image of the device. 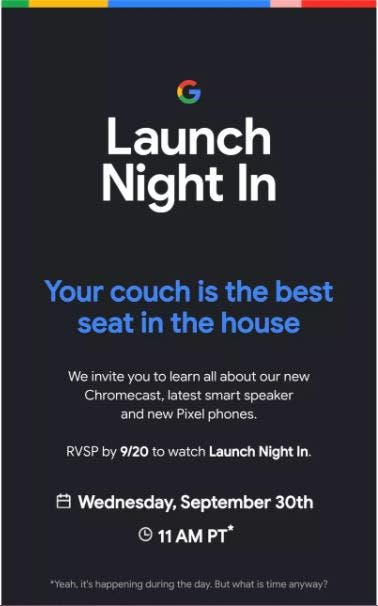