OnePlus will launch its annual flagship the OnePlus 8T internationally on October 14. Also, we know this phone will hit the Chinese market a day later. Today, OnePlus posted a promo on its social media channels, suggesting that the new members of the OnePlus Nord series will appear on the same stage as OnePlus 8T.

Some sources think that the new member of this series is considered to be the OnePlus Nord N10 5G. Though we are dealing with a 5G smartphone, it will be positioned lower than the original OnePlus Nord. 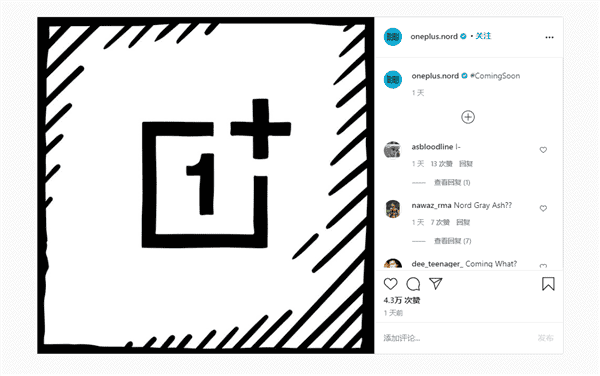 Moreover, we know its key features. It turns out the OnePlus Nord N10 5G will sport a 6.49-inch FHD+ display with a refresh rate of 90Hz. Under the hood, this handset will carry the Qualcomm 6 series’ first 5G processor, the Snapdragon 690. Also, it will come with a rear 64MP main camera + 8MP ultra wide-angle + 2MP + 2MP sensors combination.

By the way, this is the first Snapdragon 6 series SoC to support up to 120Hz refresh rate. It also supports HDR10, HDR10+ with 10-bit color displays and Rec2020 Color gamut. Other features include Qualcomm’s Aqstic audio codec and Quick Charge 4.0+ which debuted on the Nubia Z17.

At the base, the new Snapdragon 690 SoC is fabricated using Samsung’s 8nm LLP process. It has two Kryo 560 cores based on the ARM’s newer A-77 architecture and clocked at 2.0GHz. This should provide a 20% boost in performance compared to the Snapdragon 675. The remaining six cores are based on A-55 clocked at 1.7GHz. It supports LPDDR4x with a maximum size of 8GB RAM.

Qualcomm’s Snapdragon 690 SoC is the first 6 series of processors to support 5G connectivity. The company has made this possible by using a newer X51 5G Modem. This integrated modem will give download speeds of up to 2.5Gbps and 660Mbps. This could make it fall just below the X52 and X55 modems found on the Snapdragon 765 and 855 SoCs respectively.

The machine will be the first Nord series product sold by OnePlus in the United States, and the price is expected to be around $400.

It is worth noting that the OnePlus Nord series may be introduced into the Chinese market as well.