The release of Google Pixel 5 and Pixel 4a is hardly a surprise right now. After all, these smartphones have been leaking a lot lately to the point that we knew basically everything about them before the launch. The most interesting details about the duo of devices are the presence of a 5G-enabled chipset, new ultra-wide camera modules, and Android 11 straight out of the box.

The vanilla Google Pixel 5 is coming as the sole 2020 “flagship” from Google this year. The XL role is in a certain way, played by the Pixel 4a, since it’s biggest than the Pixel 4. However, Pixel tries to offer the usual premium feeling with the Pixel 5.

The new handset flaunts a 6-inch display with FHD+ resolution. However, to our surprise, Google is jumping on the high-refresh-rate display trend with a 90Hz panel. This isn’t whopping as the 144Hz like the Mi 10T series released early today. However, it’s a good thing to see Google adopting current trends, since previous rumors were pointing to a standard 60Hz display.

The camera also gets treatment here. We have a main 12.2MP camera with 1.4um pixel size. The secondary snapper is a 16MP ultra-wide angle snapper with f/2.2 aperture and 1.0um pixel size. The setup may not be jaw-dropping for our audience, used to insane and complex camera systems from Chinese firms. However, Google has Google Camera and a set of AI algorithms that will make this phone easily one of the best devices for photography. Google also brings OIS, and finally 4K @ 60fps video recording.

Under the hood, the handset packs Snapdragon 765G chipset which ensures seamless 5G connectivity. It brings 8GB of RAM and 128GB of Internal Storage. Unfortunately, the phone offers Wi-Fi 5 only. It ships with Android 11 out of the box which is hardly a big surprise. Lights are kept by a 4,080mAh battery. It’s awesome to see a battery with this capacity on a Pixel smartphone. The Pixel 4 XL, for instance, had a 3,700mAh capacity which is not on par with current trends.

The phone has IP68 certification which ensures water and dust resistance. It brings a recycled aluminum body. Interestingly enough, there is a textured finish to hide fingerprints and ensure a better grip. Despite the aluminum body, the phone brings wireless charging and reverse wireless charging. Google sells the phone in a new Sorta Sage (Mint Green) color alongside Just Black color.

The Pixel 4a 5G is a refreshed mid-range smartphone with 5G connectivity. It’s a large smartphone packing a 6.2-inch OLED panel with FHD+ resolution. Unfortunately, Google is cutting some corners with a 60Hz refresh rate display. Under the hood, we have the Snapdragon 765G paired with 6GB of RAM and the same 128GB of Storage as the Pixel 5. Another point where the Pixel 4a is identical to the 5 is in the camera department. it brings the same 12.2MP camera joined by a 16MP ultrawide unit. It comprises a single 8MP snapper on the front-facing punch hole.

The phone also brings Android 11, but the battery is a 3,885mAh. It’s sad to see Google, once again, sticking with the sub-4000mAh battery strategy. The wireless charging is absent, but the 18W fast-charging is present here. The phone isn’t water or dust resistance. 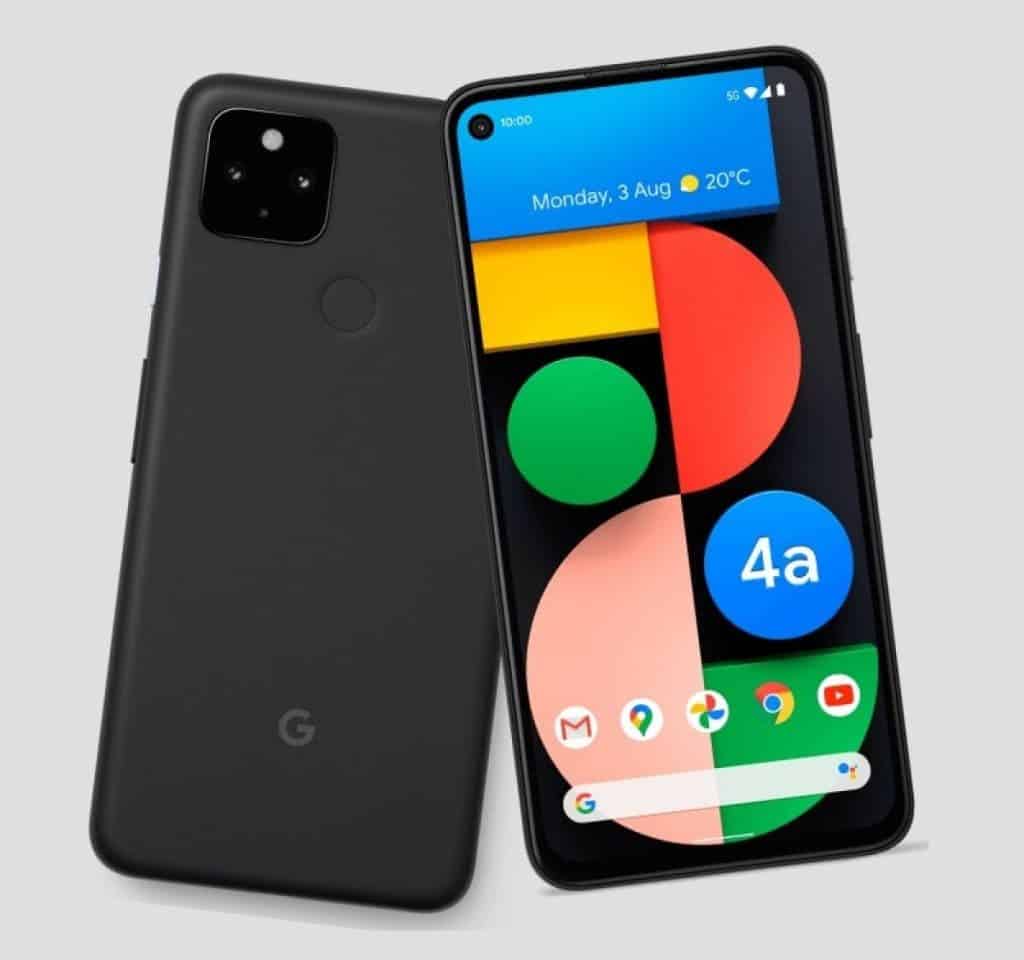 It’s a better phone than the LTE Pixel 4a, but not as good as the Pixel 5. Just slightly bigger.

Google Pixel 5 is already up for pre-order start today. However, it will arrive in eight countries on October 15, and in the US only by October 29. The phone retails at $700/€630/£599. The company is giving a free pair of Bose QC 35 II wireless headphones for those pre-ordering the phone before October 14. The offer is available in Germany, France, Ireland, the UK.

Next Google announces a new Chromecast with Google TV