Back in July, we started hearing about the Poco C3 to be positioned as the budget smartphone from the brand. Earlier this month, Xiaomi‘s own Poco announced the official launch of the device will take place on October 6 in India. While the unveiling is right around the corner, the Chinese smartphone maker has now started teasing the device. The company recently posted a teaser video on its official Twitter account flaunting the camera capabilities of the phone. 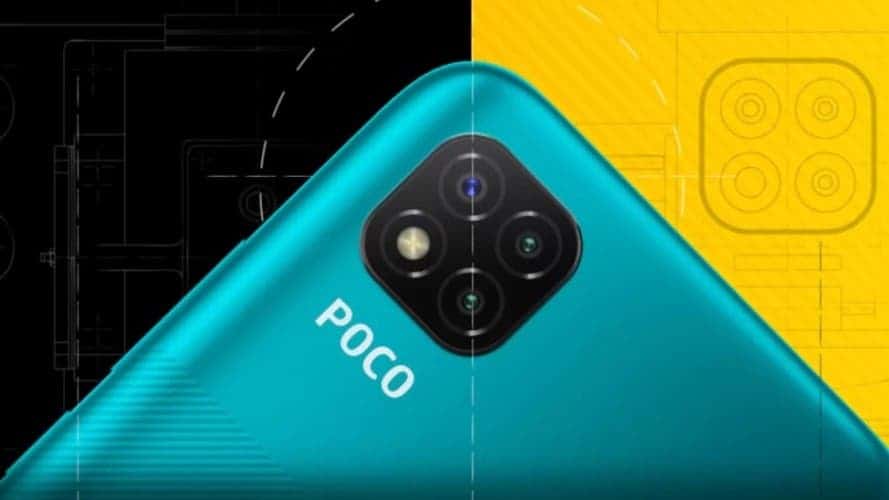 According to the teaser video, the Poco C3 will house a triple camera module on the back housed inside the squircle-shaped module. Apart from the three sensors, there is an LED flash inside the module as well. Coming to the lenses, we’re looking at a 13MP primary sensor along with a macro and a depth unit. Poco is teasing the smartphone with the hashtag #TheGameChanger. Right underneath the module, you can see the Poco branding. The teaser image also reveals the two-tone design that the device will bear.

Get ready to own the photography game. The #GameChang3r is arriving on 6th October @ 12PM on @Flipkart.

RT if you want to own the #POCOC3 before anyone else.

The teaser doesn’t talk about anything else apart from the rear camera specs. To recall, Poco C3 is tipped to be a rebranded version of Redmi 9C. The Redmi 9C comes with a 6.53-inch HD+ display and Helio G35 chipset underneath. The 9C also comes with a triple camera setup featuring a 13MP primary sensor, 2MP macro, and 2MP depth sensor unit. For selfies and video calling, there is a 5MP front snapper. The phone gets its power from a large 5,000 mAh battery capacity.

With that said, we are expecting more teasers to surface on the web in the coming days as the official launch is nearing.

For those who’re unaware, Poco C3 will see its official launch in India on October 6. The official launch event will take place at 12PM on the day and as expected, it is going to be a digital one. The smartphone will be available exclusively on Flipkart, an Indian e-commerce platform. According to some previous leaks, the 4GB+64GB variant of the device will set you back Rs. 10,990 ($149). It is also worth noting that the device will have up to 4GB RAM options.

Considering that, the 4GB+64GB might be the top-end model of the phone and we might see 3GB and 2GB options with 32GB onboard storage as well.

Previous Everything You Should Know About iPhone 12 And New Mac