The rate of adoption of 5G technology fair in some regions and many countries are now working towards 5G connection. However, the spread of the 5G network in many regions is still very slow. Recently, the European Industrial Roundtable (ERI) association decried the slow spread of 5G in the region. According to the association, more than half of the European Union countries do not have 5G network.  Globally, 5G technology is still in the early stages of deployment. However, the 5G network is the future of mobile devices. 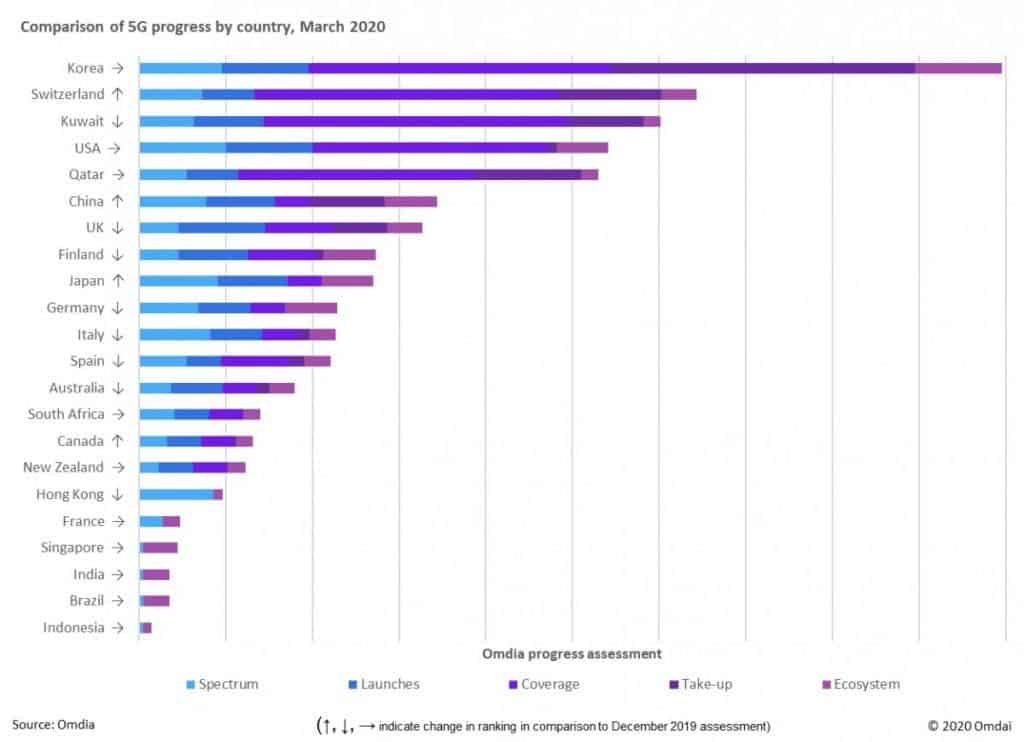 According to a recent report from Omdia, South Korea is still the leader in 5G progress. However, for the European region, Switzerland is top. Globally, the Central European country is second, surpassing Kuwait. While the United States ranks fourth, China ranks sixth.

According to Omdia’s report, five key factors were considered when compiling this data for the first quarter of this year. Switzerland has surpassed Kuwait with 426 cities and towns with 5G coverage of at least 80%. In addition, this number will increase to 535 by May. This shows that the rate of 5G adoption in Switzerland is much faster.

The pandemic did not significantly affect the spread of 5G network

In addition, Omdia pointed out that the supply of equipment has been limited. This is a major obstacle to people’s access to 5G networks. At present, smartphones are a good example. Although shipments have grown tremendously in recent months, mobile phones supporting 5G account for only a small part of the overall market. The report shows that South Korea currently ranks first with 5.88 million 5G-enabled devices. This value accounts for about 10% of all devices in use in the country.

The United Kingdom ranks second in Europe. In addition, the British government has pledged to invest 1.1 billion pounds in 5G, including 400 million pounds for a new fixed and mobile network supporting infrastructure.

In a few years, 5G will be available in almost all the major cities in the world. However, there are some remote places that do not have 4G. It may take another decade for the 5G network to get to such areas.