In the database of the popular test application Geekbench, the results of testing the latest Apple A14 single-chip system, which is produced according to the norms of the 5-nanometer manufacturing process, appeared.

Apple A14 SoC test results have appeared on Geekbench

In single-threaded mode, a mobile device with an Apple A14 SoC and 4 GB of RAM scored 1583 points; and when using all the cores of the new platform, the result was 4198 points.

For comparison, we can cite the result of the most powerful gaming smartphone Asus ROG Phone 3; which is based on the Qualcomm Snapdragon 865+ SoC. It scored 910 and 3229 points, respectively. And, for example, the Snapdragon-powered OnePlus 8 Pro scores 911 and 3276 points.

Twitter users have calculated that the Apple A14 will be about 20% faster than the Apple A13. As for the upcoming flagship Exynos 1000 and Snapdragon 875 SoCs, they should have about the same performance.

The first smartphones to use Apple’s A14 SoC will be the iPhone 12; which is expected to be launched in the middle of this month.

During the last presentation of Apple products, the debut of the new Apple Watch Series 6 smartwatch with the iPad 8 and iPad Air tablets took place. Also, the newest Apple A14 Bionic chipset, which was not emphasized enough. This is because despite its transition to a 5nm process technology; which in theory should positively affect computing power while reducing power consumption and heating; the A14 Bionic cannot be called a qualitative transition to a new level of performance. 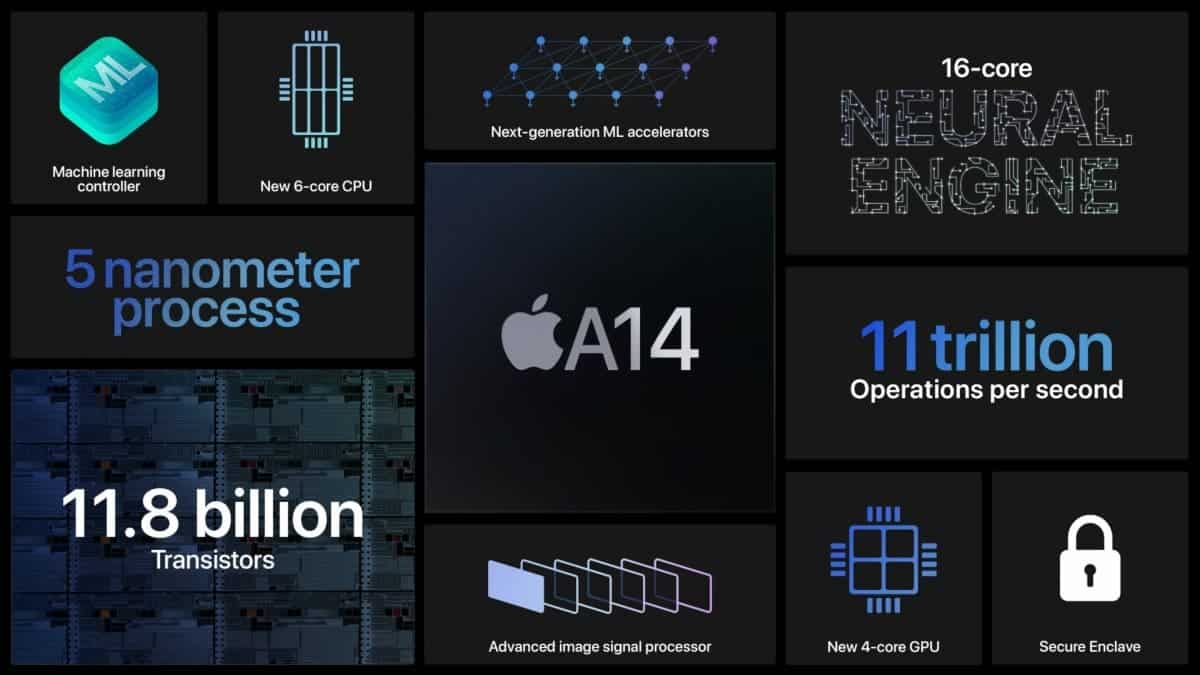 Even Apple itself modestly compares it not with last year’s A13, but with the year before A12, in comparison with which the new product added 30% in operating speed. And the thing is that, according to simple calculations, the A14 chipset became only 16% faster than the A13 in terms of computing power in terms of CPU (central processing unit) and 8.3% in terms of GPU (graphics processing unit).

And such a small increase may cause a unique event. The future flagship 5-nm Snapdragon 875 SoC, which is expected to debut this winter, has every chance not only to catch up with previously unattainable Apple chips for Qualcomm, but also to outstrip them for the first time in its history. Do you think the Android flagships will be able to outperform the top iPhones in performance? Write us in the comments!

Next Galaxy Z Fold 2 has surprised JerryRigEverything by its durability