The renowned smartphone tester Zack Nelson has posted a long-awaited video on his JerryRigEverything YouTube channel in which he tested the strength of the latest flagship Samsung Galaxy Z Fold 2 smartphone.

The first Galaxy Fold could be damaged quite easily, not only because of its flexible screen, but also because of the hinge mechanism, which can easily get into dust and small debris. Samsung has done a lot of fixings, with Zach Nelson confirming that the Samsung Galaxy Z Fold 2 has a much better design.

The external 6.2-inch display is protected by glass, which corresponds to 6 points on the Mohs scale. The flexible 7.6-inch screen is covered with a protective film, on which you can even leave scratches with a fingernail, but when folded, the screen is protected by a body.

Zach Nelson poured small stones with sand on the main screen and closed and opened his smartphone several times. An improved hinge prevents debris from getting inside the case, so the smartphone can easily survive a fall in the sand.

The side-mounted fingerprint scanner has become unusable after a few scratches; and the device also performed well in the famous bending test. The Youtuber praised Samsung for its excellent durability. 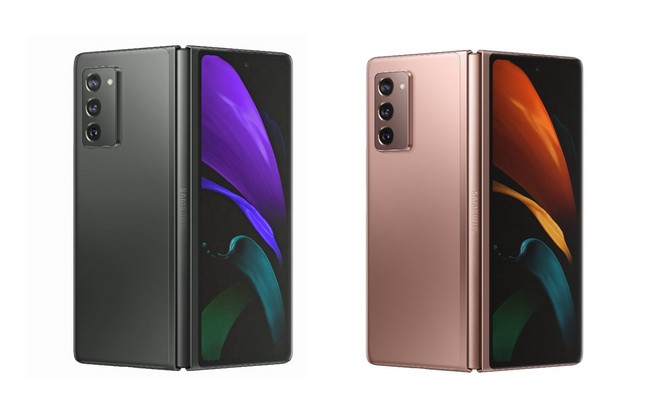 The device is available in Mystic Black and Mystic Bronze colors. If you’re familiar with Samsung devices, we don’t need to tell you which version will sell more. Samsung’s Mystic Bronze has been a hero color for the Galaxy Note 20 series, Buds Live, Galaxy Watch3 and now the Z Fold2.

Next New confirmations: Galaxy S21 Ultra will be equipped with an S Pen