POCO has pretty much revolutionized the smartphone market in 2018 with the original Pocophone F1. After a very successful year with this single handset, the company passed through an entire year of hiatus in 2019. Instead, Xiaomi gave the Redmi K20 and K20 Pro the responsibility of bringing decent specs at an affordable price. In a very troublesome 2020, Xiaomi decided to launch POCO as a separate brand with deep roots in India, but also great interest in the global market. So far, POCO has released a set of smartphones, but to POCO fans’ discontentment, most of them were bland rebrandings. Until now, the only original device released by the brand is the POCO X3. It really feels like a solid smartphone with a 120Hz display, original design, and affordable price tag. With its release, many started to wonder if Poco would finally change its strategy in favor of more original devices. This doesn’t seem to be the case, not for all devices. After all, the company is bringing a new POCO C3 to India and it’s a rebranded Redmi 9C. 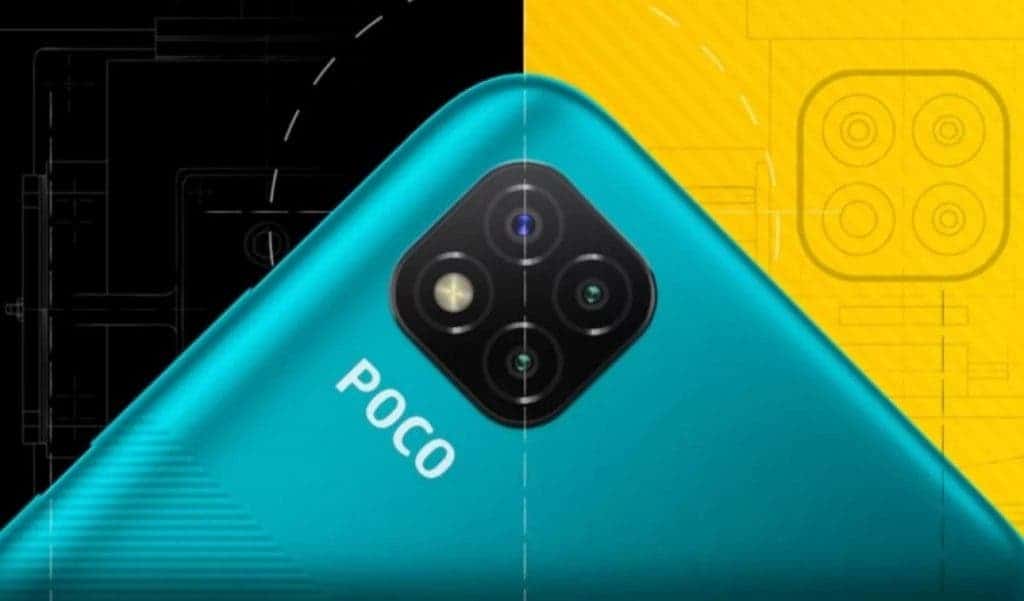 Xiaomi’s POCO will unveil a new budget offering tomorrow under the POCO C3 moniker. In fact, it will be the brand’s most affordable phone to hit the market. It will be sold for under INR 10,000 (which is just under $136). The official price will be revealed tomorrow during the online streaming set to start at 12PM IST. The brand is quite confident that users will not mind its rebranding choice and keeps teasing some of the phone specifications ahead of its launch.

There will be surprises or is it just a rebranding?

Today, POCO unveiled a new video teaser that highlights the handset’s 5,000mAh battery. It also discloses some of the details of the phone’s display and basically confirms its identity as Redmi 9C. We’re probably looking at equal specifications, so we can expect an HD+ resolution with a waterdrop notch serving as a house for the selfie shooter.

The phone comes with a massive 5,000mAh battery. Unfortunately, the charging times will be limited to the micro-USB 10 Watts rate. POCO is trying to innovate here and change the phone a little bit with a green colored variant featuring a two-tone finish. This design language is used on the POCO M2 Pro. Under the hood, the phone will carry a MediaTek Helio G35 SoC paired with 4GB of RAM.

Apart from the dual-tone finish and the 4GB of RAM, we are curious to see if there will be more surprises. After all, POCO needs to justify the existence of this smartphone in India.

Next Xiaomi Introduces RAMDISK Technology For A Better Gaming Experience