Apple yesterday officially announced that it will host its second Fall New Product Launch Conference on October 13 at its Apple Park headquarters. No one doubts that the event will feature smartphones of the iPhone 12 line, as well as other hardware innovations.

The power button with an integrated Touch ID fingerprint scanner is located on the right side of the smartphone. This arrangement has long been used by many smartphone manufacturers. How convenient or inconvenient it is compared to a sub-screen scanner or a fingerprint sensor on the back is a matter of personal preference. 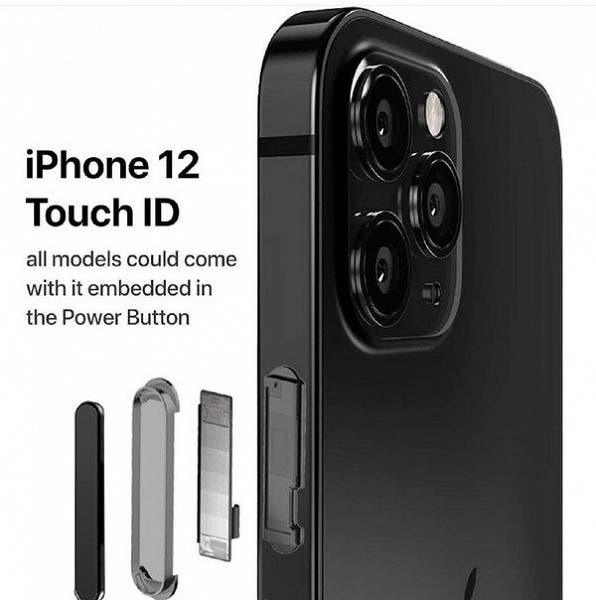 It is worth to mention that the Online store SellCell has recently conducted a survey of 2,000 American Android smartphone users, the results of which showed that one in three of them plans to buy an iPhone 12.

Sources also claim that the capabilities of the smallest new iPhone 12 will be very weak compared to bigger models.

It is expected that among the new products there will be a place for the smallest iPhone; which can be called the iPhone 12 mini, and it will receive a 5.4-inch screen. This model has a chance to become the best-selling smartphone in the new series of Apple devices. Some cite a weaker chipset than the other members of the iPhone 12 line as a cost-cutting factor.

Worth noting that the “Mini” naming is not entirely new for the Cupertino-based firm. It already uses the Mini in the iPad and Mac computer lineups. The company even unveiled iPod Mini models in the past. So it’s not so shocking to see an iPhone12 Mini, even though this suffix has taken several years to reach the smartphone lineup. The company will likely keep the iPhone 12 Pro and Pro Max suffixes for the upcoming models with 6.1-inch and 6.7-inches. These names were introduced last year with the iPhone 11 lineup.