The 12th generation of Apple iPhones is coming this month. Previously, the event was rumored to be held on 13th October. And now the date is official. Yes, Apple has sent the special Apple Event invites dated Tuesday, October 13 at 10:00 PDT. Taking place at the Apple Park. Due to the COVID-19 Pandemic, the event will be streamed online.

The event invite doesn’t show what to expect other than speed. The tag line for the event is “Hi, Speed” which suggests that the devices unveiled at the event will be focusing on speed. Well, we already know that Apple iPhone 12 series will be powered by the A14 Bionic.

Apple Event Is All About Speed 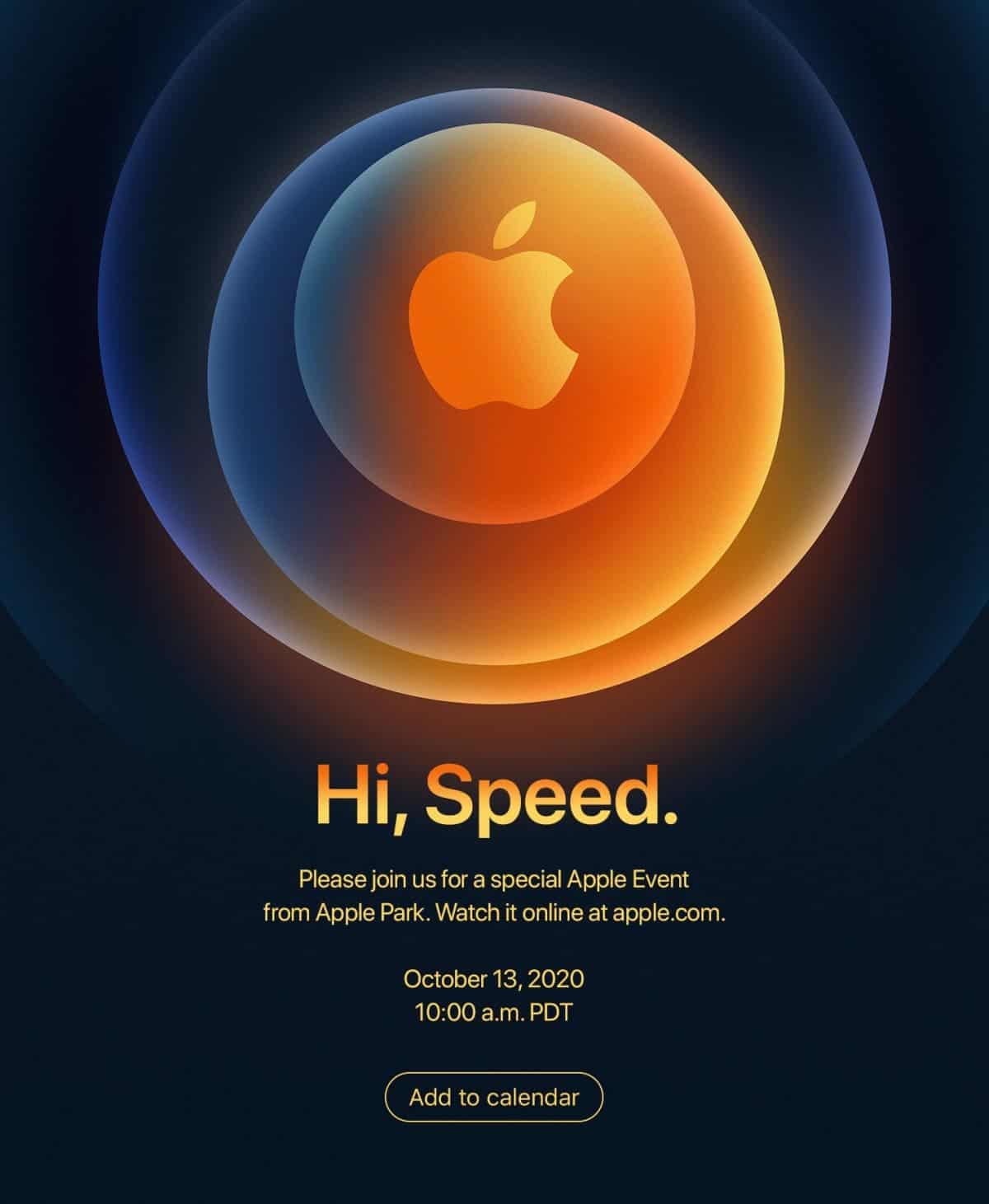 There is also one thing which “Speed” portrays which is the 5G connection. We know that this will be the first iPhones to have a 5G connection, and that might be the “high-light” for the 12-gen iPhones. One more thing to notice is the 4 circles around the Apple logo. This seems to be hinting at 4 new iPhone models. Previously, we get 3 new models. However, we were speculating four this time around. Including the iPhone 12 Mini, iPhone 12, iPhone 12 Pro, and the iPhone 12 Pro Max.

Not only we will get the new iPhones but other products as well. One of the speculated product is Apple silicon-based Mac. It approves a previous rumor hinting at one Apple silicon-based Mac at the end of the year. Furthermore, it is being speculated that it might be the new 13-inch MacBook Pro. Or to twist things up, Apple might release the 12-inch MacBook which seems unlikely though. The tagline “Hi, Speed” seems applicable to the new Mac’s too, thanks to the Apple Silicon.

And some audio products!

Apart from the iPhones and Mac, we might also see advancements in terms of audio. New Airpods seems unlikely whereas there is a probability of full-sized wireless headphones. In my opinion, this product is much-needed. There is a hint of the new headphones from Apple. The Tech Giant recently removed Bose, Sonos, and Logitech products from its store. A new HomePod is also expected that might be smaller in size.

To sum it all up, we are expecting the iPhone 12 series, New Mac, and Wireless Headphones to be unveiled in the Apple Event. Out of all these products, which one are the most excited about? Let us know in the comments section below.