Samsung seems to be working on some new budget smartphones under its two popular Galaxy M and Galaxy A lineup. The new devices will arrive with the moniker Galaxy M02 and Galaxy A02. As expected, both the devices are the successor to the M01 and A01 respectively. For those who’re unaware, Samsung tends to scatter its devices across all segments. The Mo1 and A01 are more of an entry-level device that targets those who are diving into the space of smartphones. Well, we now have some more fresh leaks on both the devices that reveal some key observations. 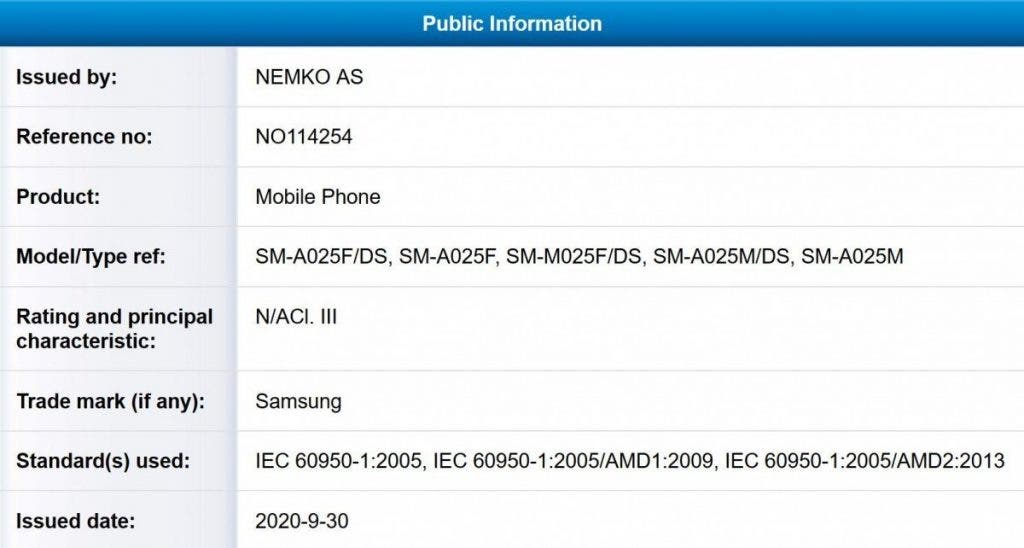 The key thing to note here is the fact that both the devices were part of a single certification. This somewhat suggests that Galaxy A02 might end up launching as Galaxy M02 in some markets. This makes both the devices essentially the same. It is also worth noting that this is the first time we’re hearing about the M02. The Galaxy A02, on the other hand, has previously made an appearance on GeekBench.

As per the GeekBench listing, the Galaxy A02 will pack in an entry-level Qualcomm Snapdragon chipset with 2GB RAM and 32GB built-in storage. Since the storage is quite limited, we might see the support of a microSD card for storage expansion. Sadly, the listing doesn’t clearly talk about the chipset but we’re expecting it to be none other than Snapdragon 450.

Looking at previous reports on Galaxy A02, the device will arrive with a 5.7-inch LCD panel featuring HD+ resolution. For selfie, there is a single 8MP front snapper while there is a dual-camera module on the rear. The module features a primary 13MP sensor along with a 2MP lens.

Considering previous reports again, the Galaxy A02 might end up a price tag of $150 or below. As of now, the information on the M02 is scarce so it is safe to assume that both the device might essentially be the same. With that said, we should expect to see more information in the coming weeks.

Previous Does DxOMark prepare to release a new camera on the October 20 event?

Next OnePlus 8T live photos leaked one day before the announcement