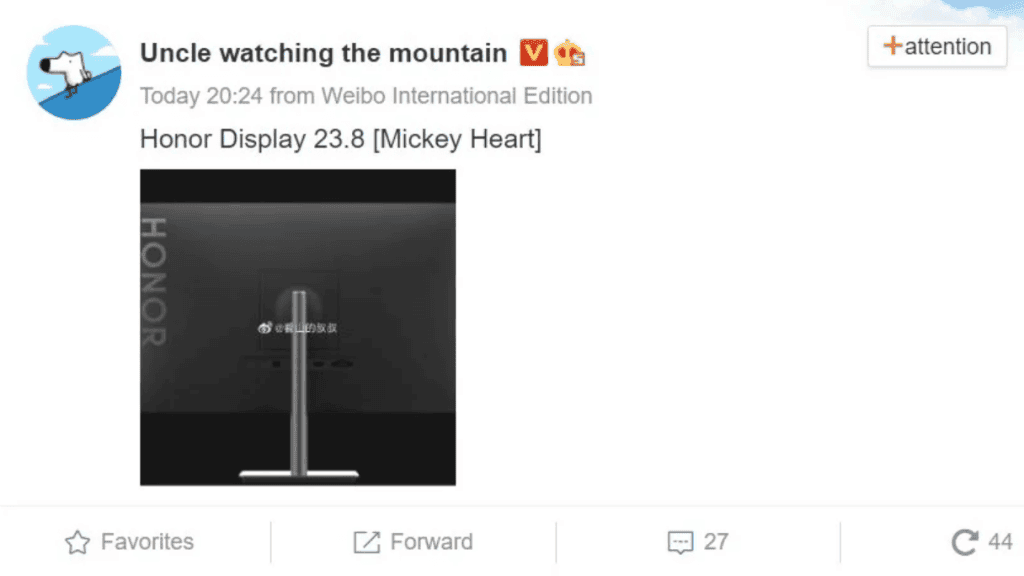 As shown in the picture above, this Honor 23.8-inch display is simple in shape. It does not adopt the unassuming shape of the e-sports display on the market. As a product of the HONOR HUNTER series, it is expected that this Honor monitor will have a refresh rate of 144Hz to meet the needs of mainstream gaming games. 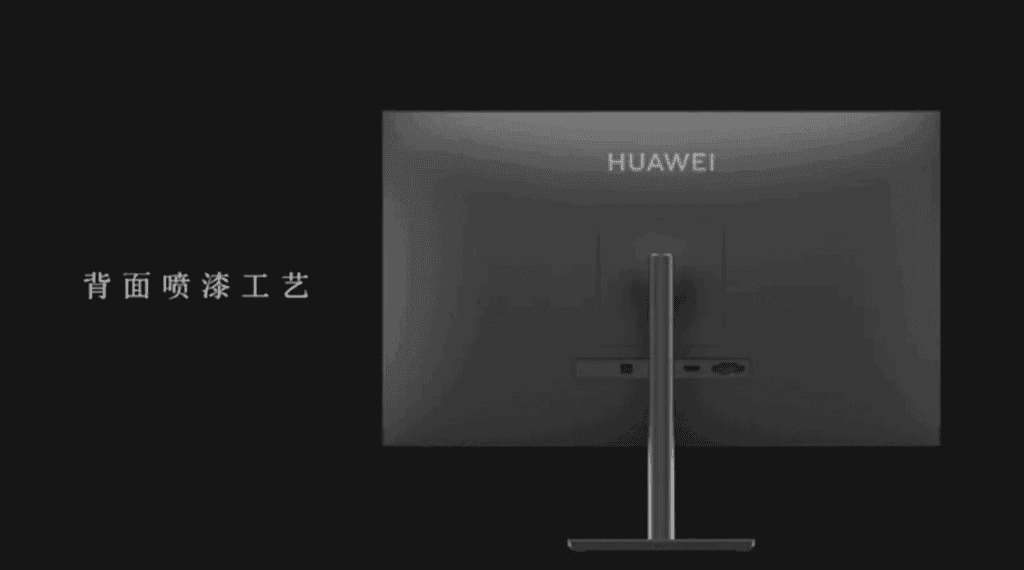 As of now, nothing much is known about this display. Technically everything that we know about this device is coming from the leaked image. The image only shows the rear of this display so we do not have much to analyze. We can see that on the left side, there is a conspicuous Honor logo. Furthermore, we can see that a cylindrical stand with a flat base is holding the display. It also appears that the rear slightly curves towards the edges of the screen.

In terms of connectivity, we can see at least three ports on the rear. One is clearly an HDMI port while the other is probably a USB port. However, there is no telling what the third port could be. Of course, we all know that the smartphone businesses of Huawei and Honor are in the same predicament. With the current issues that their smartphone businesses are facing, they will probably release more products that are not as complex as smartphones. Obviously, regular and gaming monitors are one of such product.

According to an earlier report, Huawei has a new display with model number AD80HW. According to the exposure of this display, it comes with a three-sided narrow bezel design. It also uses a spray paint process on the back, which looks almost the same as the Honor display. There are expectations that the 23.8-inch displays of Huawei and Honor will use the same mold. Of course, there will be slight differences between the two displays. One will probably be for commercial or regular use while the other will be for gaming.

As of now, there is no official information regarding the Huawei or Honor displays. We will keep a close tab on its development and let you know when something else pops up.